Finance chiefs from the Group of Seven industrialized nations pledged Tuesday to do their utmost in bolstering the economy and financial system from the negative impact of the global new coronavirus pandemic.

"We will do whatever is necessary to restore confidence and economic growth and to protect jobs, businesses and the resilience of the financial system," the G-7 finance ministers and central bank governors said in a statement issued after a teleconference.

The G-7 also vowed to "maintain expansionary policies for as long as needed and stand ready to take further action," as well as to promote global trade and investment in a bid to ensure economic and financial stability.

The G-7 underscored the "urgent need" to increase support for the rapid development, manufacture and distribution of diagnostics, therapeutics and a vaccine for the coronavirus disease or COVID-19.

The talks came as financial markets have grown concerned the global economy may fall into recession as the pneumonia-causing virus has spread across the world, prompting countries to tighten border controls, impose travel restrictions and encourage social distancing.

Leaders from the Group of 20 advanced and emerging economies are planning to hold a teleconference on Thursday to coordinate efforts to fight the coronavirus, a Japanese government source said.

Speaking to reporters after Tuesday's teleconference, Japanese Finance Minister Taro Aso called the statement "well organized," and said the ministers and central bankers are planning to have talks in a similar format on a weekly basis. 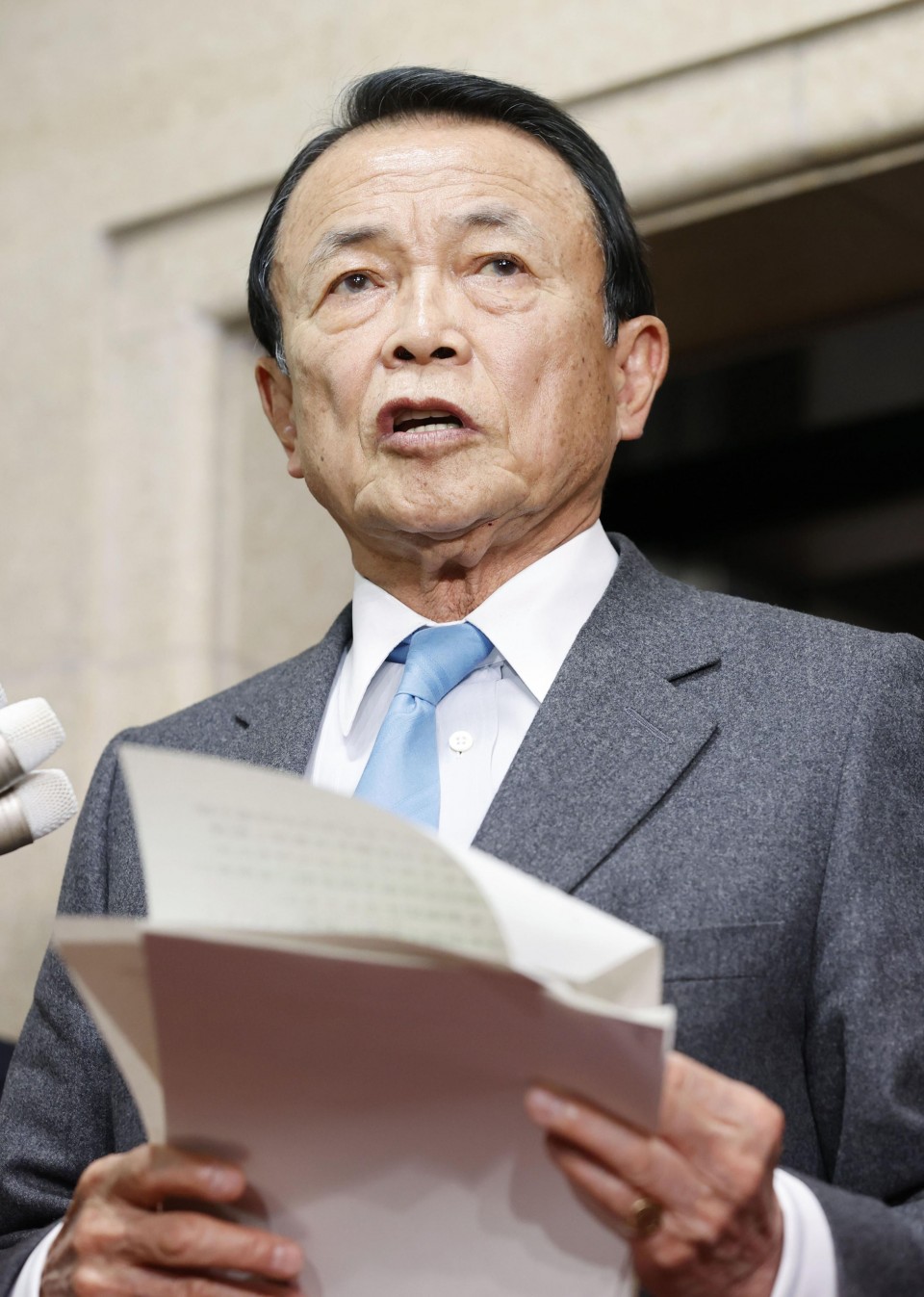 In an apparent reference to a recent price war in oil markets between major players Russia and Saudi Arabia, the G-7 urged oil-producing countries to support international efforts to stabilize the global economy.

Bank of Japan Governor Haruhiko Kuroda did not attend the teleconference, which involved delegates from Britain, Canada, France, Germany, Italy, Japan and the United States plus the European Union, according to Aso.

In a statement issued after an emergency conference call on March 3, the G-7 finance chiefs pledged to use "all appropriate policy tools" to "achieve strong, sustainable growth and safeguard against downside risks."

In emergency telephone talks on March 16, the G-7 leaders agreed to regularly communicate on the virus-related issue through their finance ministers.