Shinhama, who also triumphed in the first 500 race on Saturday, captured his third World Cup victory of the season and sixth career win after setting a track record of 34.07 seconds at Thialf ice arena in Heerenveen, the Netherlands.

The 23-year-old became the first Japanese man to win an overall title since 1998 Olympic gold medalist Hiroyasu Shimizu in 2000-2001. 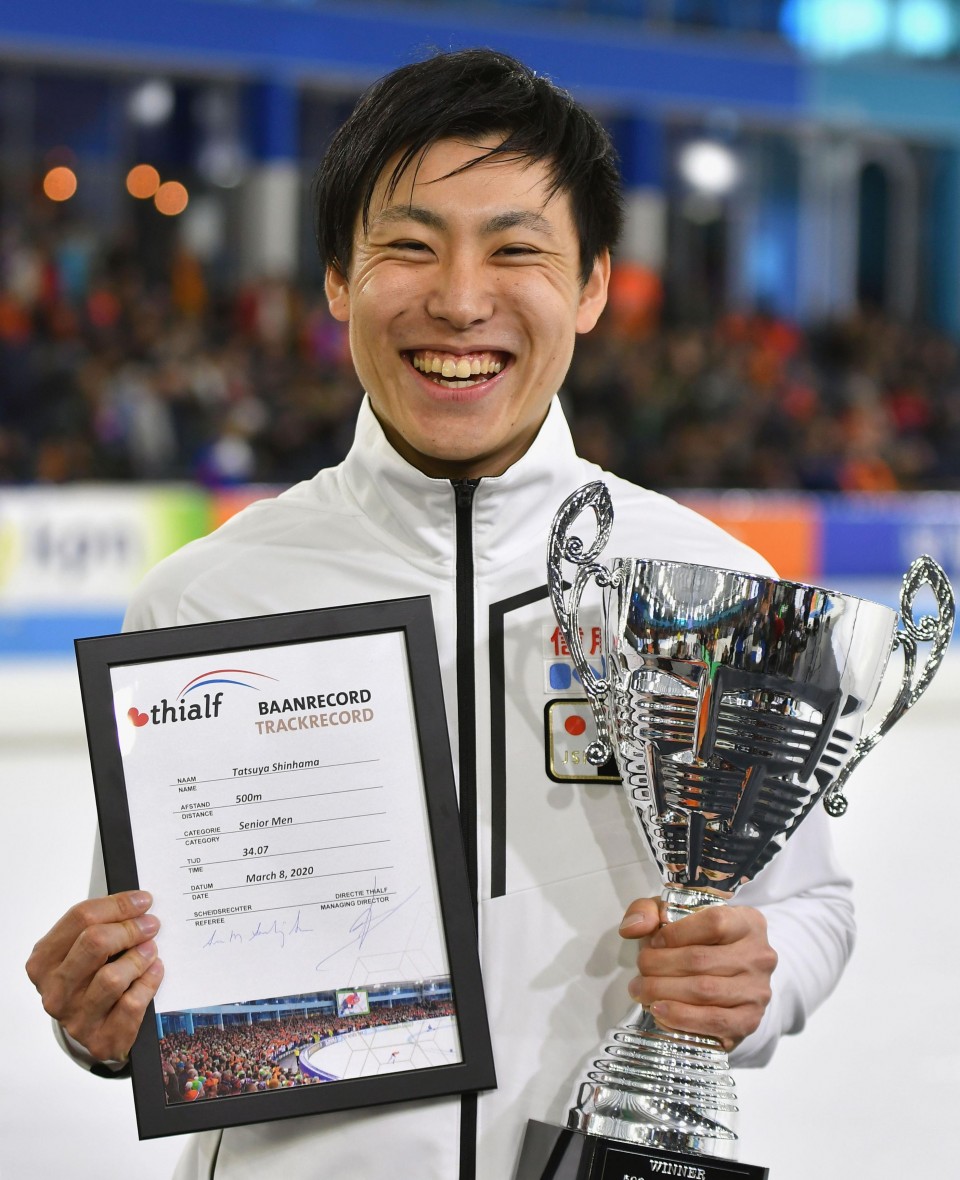 "I wanted to skate a track record, but I had never imagined to be able to skate a time like this," Shinhama told the International Skating Union.

"Before this weekend, I had not thought it possible (to win the overall title) because I was in third place. I had to win both 500-meter races here to pull it off. This title means a lot to me."

Canada's Laurent Dubreuil finished in 34.30 for silver, while Japan's Yamato Matsui took bronze with a time of 34.36 and landed on the podium for the first time.

"My race was very, very good, but after seeing Shinhama already equaling the track record yesterday, I knew he had a good shot at beating me," said Dubreuil, who had rewritten the track record before Shinhama took the ice.

"I was shocked by his 34.0 -- there was no way I could have skated that time myself here today."

In the women's 500, Kodaira finished runner-up in 37.19 behind Russia's Angelina Golikova, who secured gold with a track-record time of 37.02. Austria's Vanessa Herzog took third with 37.25. 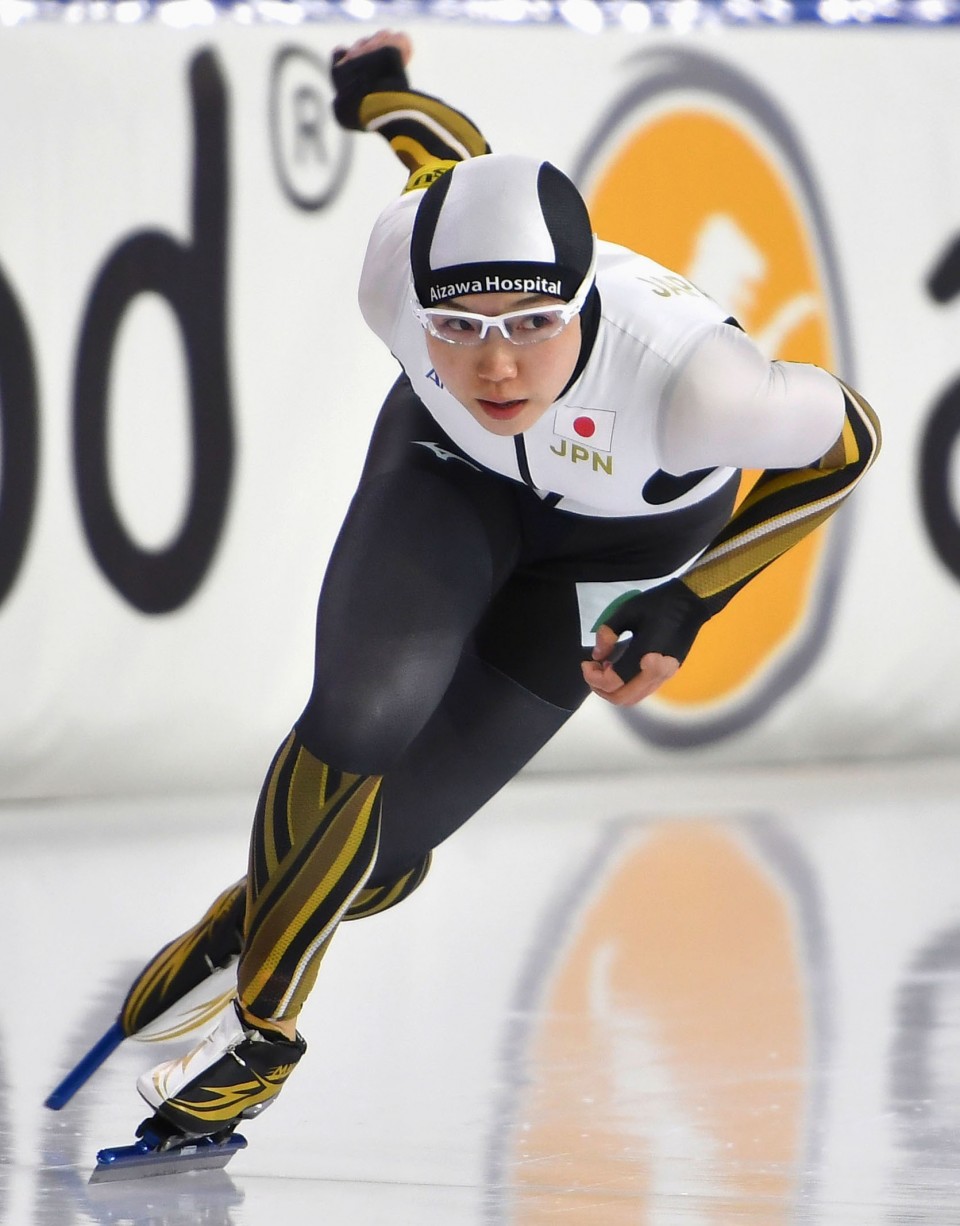 "I was able to demonstrate my ability while competing with the world's best," said Kodaira, who has consistently finished in the top three over the past five months.

Japan's Nana Takagi narrowly missed the podium in the women's mass start, finishing fourth in the contest won by Melissa Wijfje of the Netherlands.