U.S. to expand travel ban to Britain, Ireland amid spread of coronavirus

The administration of President Donald Trump said Saturday that it will expand its travel ban to Britain and Ireland amid the spread of the new coronavirus.

The measure, to take effect Monday, will bar the entry of foreign nationals to the United States if they have been in Britain and Ireland in the past 14 days. Similar measures have been taken against travelers from China, Iran and 26 European countries with open-border agreements, including Italy that has been hit hard by the epidemic.

When Trump announced Wednesday that the administration will impose travel restrictions on many European countries from Friday, Britain was not included because the country is not a member of Europe's so-called Schengen border-free travel area. 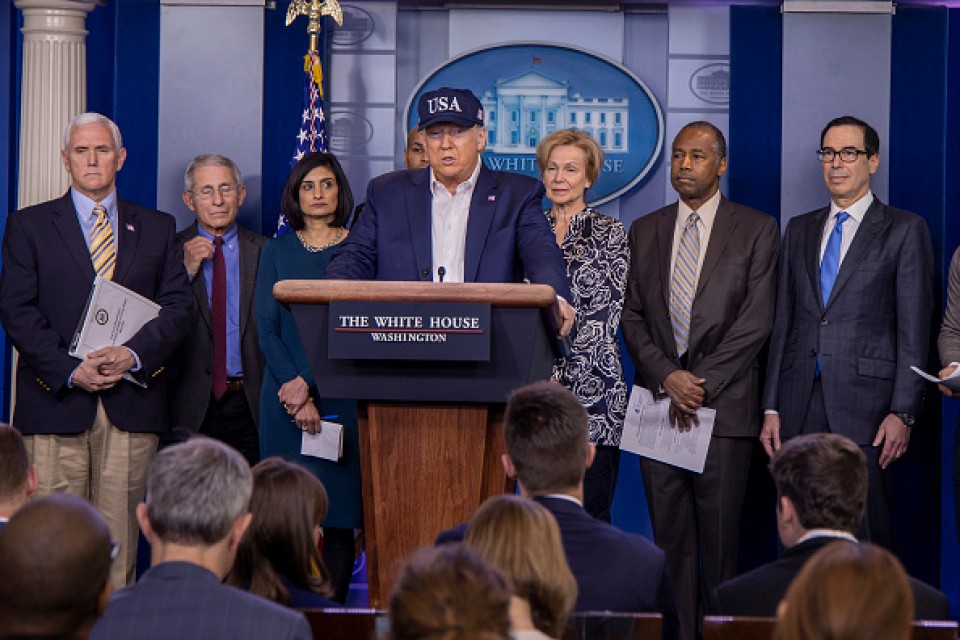 But the number of people who tested positive for the virus in Britain reached 1,140 as of Saturday, with more than 300 new cases confirmed in one day, according to data by the British health authorities.

The president made the latest decision to apply travel restrictions to Britain and Ireland "due to the rising number of cases" in Britain, a government official said.

Meanwhile, Trump, who has faced concerns that he might have contracted the virus through his recent interaction with a visiting Brazilian delegation, tested negative, his physician said in a statement Saturday. The president remains "symptom-free," the physician added.

Trump had dinner with the delegation last weekend at his Mar-a-Lago resort in Florida. The Brazilian press secretary had posted online an image of himself standing next to Trump and U.S. Vice President Mike Pence.