Coronavirus to cut foreign visitors' spending in Japan by $9 bil.

The outbreak of the new coronavirus is expected to cut spending by foreign travelers to Japan by 981.3 billion yen ($9 billion), a private research firm said in a new report, revising upward from its earlier estimate of a contraction of 624.4 billion yen.

Resona Research Institute amended its forecast as it now expects the virus impact on inbound spending from February to be prolonged by one month through June. Its rapid spread, now across about 120 countries, has led to curbs on travel and the Japanese government to impose tighter border controls.

The institute estimated for the period between February and June, sales at department stores and drugstores, popular especially among Chinese visitors for duty-free products, will decrease by 397.6 billion yen, and that revenues at accommodation facilities will shrink by 259.6 billion yen.

Eateries and transportation sectors will also be hit by falls of 197.7 billion yen and 90.5 billion yen, respectively, it said in its March 11 report. 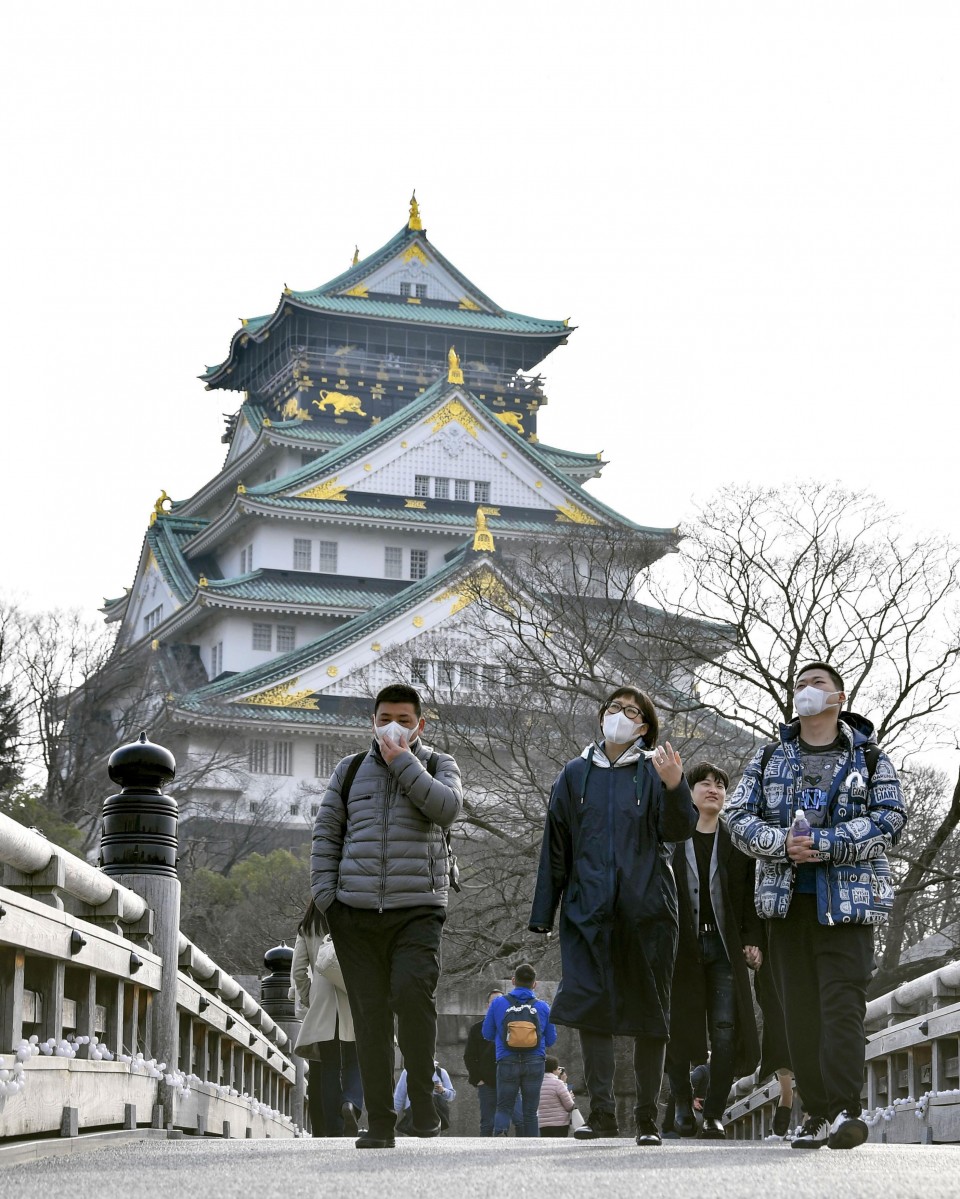 Japan restricted entry of visitors from China, the epicenter of the viral outbreak, and South Korea, which has seen a surge in infections, earlier this month, dealing a further blow to sectors that depend heavily on spending by the Asian neighbors.

"We made the latest assumption based on the premise that the global spread of the (new coronavirus) will be contained by around May but it is totally unpredictable," said Hideyuki Araki, an analyst at Resona Research.

The falls in inbound spending will come on top of a decrease in domestic consumption as people shun crowds and opt to stay indoors.

Prime Minister Shinzo Abe has requested that big sports and cultural events in Japan be canceled or postponed, leading to a spate of cancellations and postponements of mass gatherings and travel across the nation.

"When deteriorated profitability at companies is added, the possibility of the country entering a recession will rise steeply," Araki said, warning also of increases in bankruptcies among small and medium-sized companies.

In the Kansai region including Osaka and Kyoto in western Japan, Resona Research said that consumption will decrease by 304.2 billion yen, amended from the 190.5 billion it forecasted in the Feb. 13 report.

Many local gov'ts in Japan short on volunteer interpreters in emergencies