Tokyo and surrounding areas were quieter than usual on Saturday after the metropolitan government called on residents to refrain from going outside over the weekend for nonessential reasons in a bid to fight a recent surge in the number of coronavirus infections in the Japanese capital.

Many department stores, movie theaters and amusement parks were closed in the metropolitan area and access to popular cherry blossom-viewing spots in major parks, including Ueno, Yoyogi and Inokashira, has been restricted.

Warning that Tokyo is on the brink of an explosion in virus infections, Tokyo Gov. Yuriko Koike requested Wednesday that the city's nearly 14 million residents stay home this weekend and work at home as much as possible on weekdays.

On Saturday, streets in normally busy Tokyo areas such as the Ginza shopping district were sparsely populated. But supermarkets were crowded with people buying food and there were queues before the doors opened after the governor's request and suggestion of a possible citywide lockdown if the situation worsens led to empty shelves over the past few days. 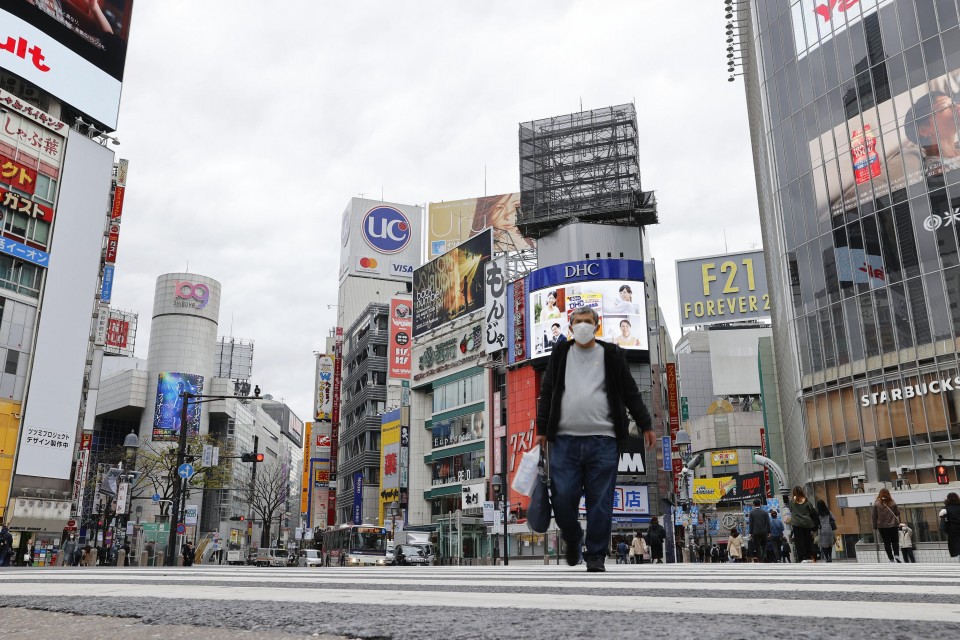 "Cherry blossoms are only blooming now, and I heard the weather will be bad tomorrow so we dropped by," said a 58-year-old man in Ueno Park, visiting from adjacent Chiba Prefecture. His wife, 56, said, "We got a rare sight of few people (in the park). We'll enjoy ourselves while being careful about infection."

Happoen, a Japanese garden in Tokyo's Minato Ward known as a place for wedding ceremonies, saw more than 10 of 30 reservations over the weekend canceled.

A representative of a hotel in Bunkyo Ward, also available for weddings, said, "Some couples are going ahead with their plans. Our staffers are taking thorough measures to ensure their health and offer services while wearing masks."

A 21-year-old university student said her job-hunting was affected as all interviews and seminars she had planned to attend were canceled over the weekend.

"Some companies offered online interviews instead, but many others just canceled," she said. "I'll stay indoors while being requested, except for going out for job-hunting."

A restaurant employee at the bustling Takeshita shopping street in Harajuku, the capital's pop-culture hub, said the number of customers is less than half compared to normal times.

Shibuya, a popular tourist and nightlife spot, also received significantly fewer visitors. Still, there were some youths hanging around the district.

"I'd feel stressed staying at home," one of them said, while another said, "There are so few people and it's quiet, almost unthinkable for Saturday's Shibuya."

On Saturday, at least 63 more infections were confirmed in Tokyo, bringing the total to 362, the highest among Japan's 47 prefectures.

Requests to stay home or not to travel to Tokyo have been issued in areas near the capital, including Kanagawa, Saitama, and Chiba prefectures, as well as in other parts of Japan, as the number of cases has increased steadily since the virus first broke out in China late last year.

More than 2,300 cases have been reported in Japan, and 64 people who had the virus have died.

The number of infections includes about 700 from the Diamond Princess, a cruise ship that was quarantined near Tokyo in February. 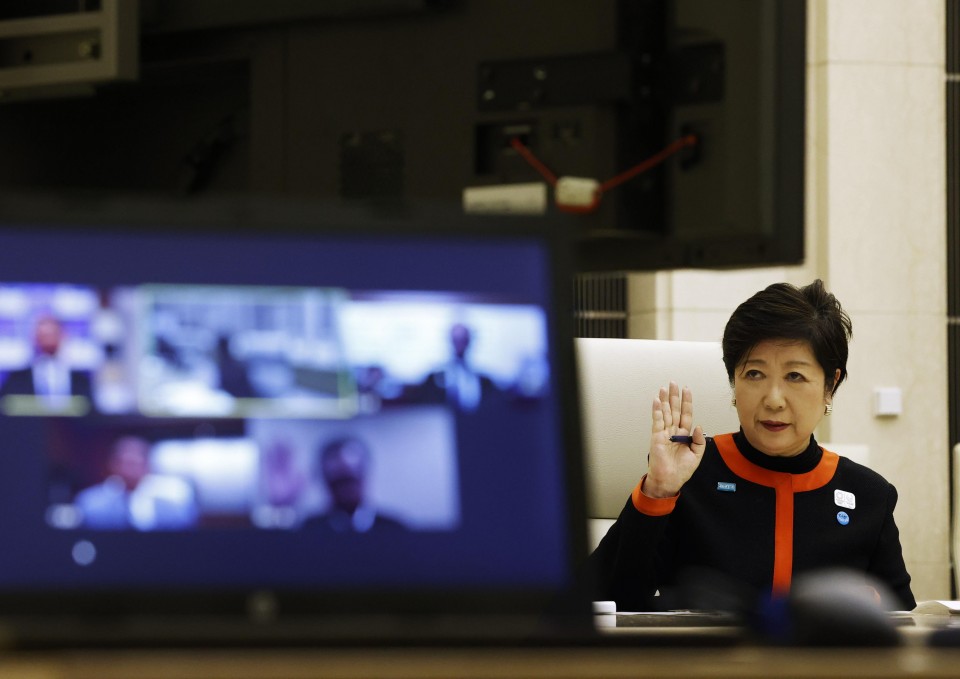 (Tokyo Gov. Yuriko Koike attends a TV conference in Tokyo on March 26, 2020, with governors of the neighboring prefectures of Saitama, Chiba, Kanagawa and Yamanashi to mull measures to contain the coronavirus pandemic.)