China's health authorities on Thursday reported no new cases of novel coronavirus infection in Wuhan, the epicenter of the country's outbreak, marking the first time for the city to have no instances of local transmission since the viral epidemic began late last year.

The National Health Commission said all 34 new cases detected in the 24 hours to the end of Wednesday were found in travelers from abroad, up from 13 a day earlier and the highest number in a single day. 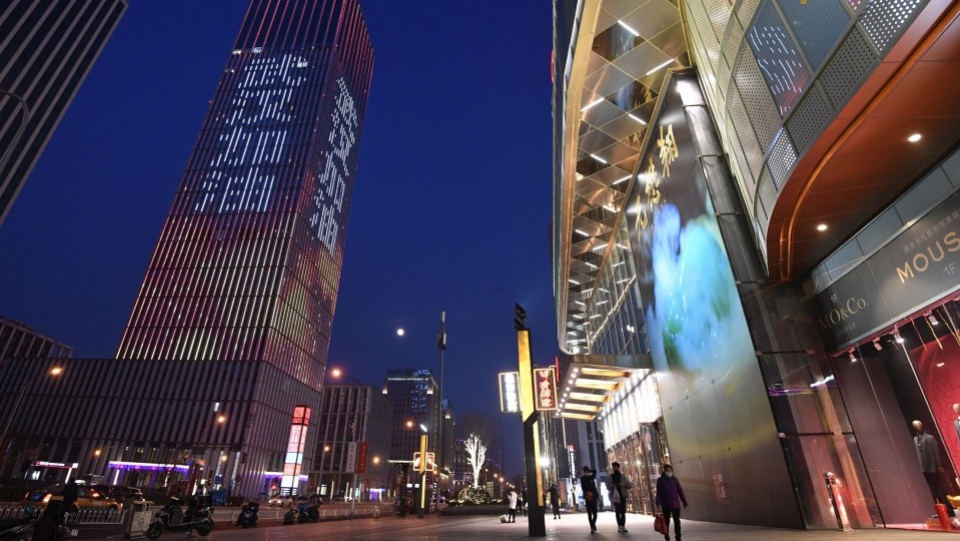 (Signage in Beijing that reads "Hang in there, Wuhan!")

It also reported eight more deaths, all in Hubei Province of which Wuhan is the capital, taking the total number of fatalities on the mainland to 3,245.

Twenty-one of the imported cases were in Beijing, which now has more than a third of the country's 189 confirmed infections from abroad. The others were in Shanghai and the provinces of Guangdong, Heilongjiang and Zhejiang.

Amid the current wave of imported coronavirus cases, speculation is growing that Chinese airlines are planning to reduce international flights to the capital city, which has the country's busiest airport.

The tally of confirmed cases for mainland China, which includes people who have recovered from the disease known as COVID-19, now stands at 80,928.

Wuhan, a manufacturing hub of 11 million people, was put on lockdown on Jan. 23 in order to prevent the spread of COVID-19 but new infection numbers have dwindled in recent weeks.