A cod roe product maker in northeastern Japan has attracted young job-seeking mothers with an offer of on-site child care, in the process revitalizing a business and community that is still recovering from the 2011 earthquake-tsunami disaster.

Despite a location near the foot of a mountain some 1.6 kilometers from the Pacific coast, the Ishinomaki-based "tarako" and "mentaiko" producer Minato Suisan Co. was not safe from the approximately 2-meter-high tsunami waves that engulfed it and largely destroyed the Miyagi Prefecture city.

After resuming production in May 2011, just short of two months after the disaster, the company completed construction of a new factory and office building three years later.

But facing an aging workforce with skills that would be lost in retirement, the company had to find a relatively out-of-the-box solution to ensure the viability of its Alaska pollock fish products. 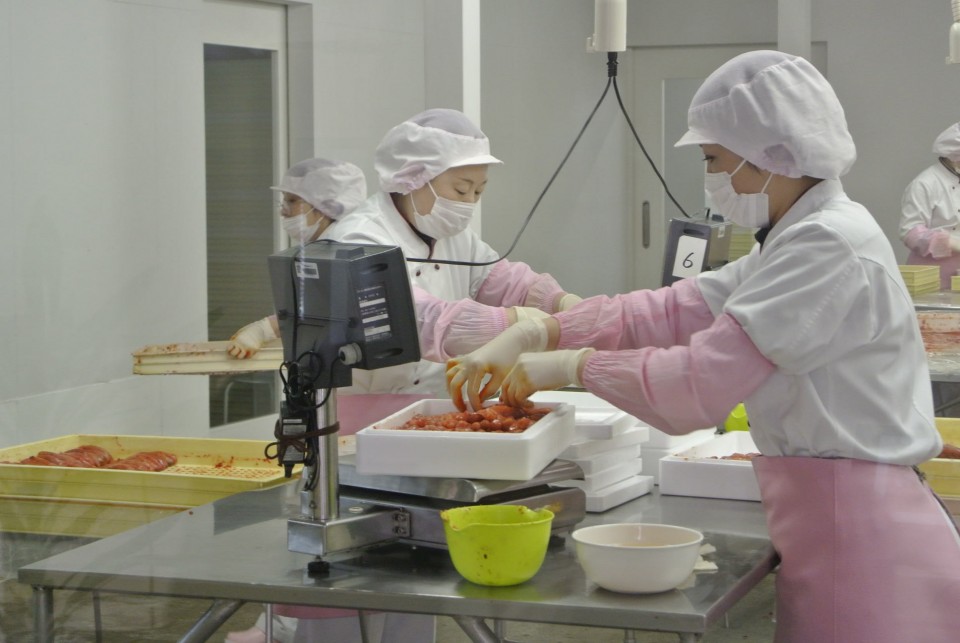 "We heard from other local seafood processing companies that it is hard to recruit new workers because many have yet to return after settling in areas they have evacuated to, and some shun working at factories near the coast," said Akemi Kimura, a Minato Suisan executive.

"Young mothers among our employees told us many of their friends are eager to work if they can find somebody to take care of their children," she said. "Aware of the potential recruits' needs, we came up with the idea of creating a day-care center."

Minato Suisan opened its on-site nursery in 2016 and was soon able to recruit the young women it would need to replace its aging workforce while at the same time ensuring their skills in hand-making the company's products, derived from Alaska pollock cod, would not be lost.

Many families in Ishinomaki had both young and old generations living together under one roof before the disaster, but after the tsunami destroyed their homes they were forced to separate at temporary shelters, leaving many mothers without the support structure of relatives to look after their children.

In Ishinomaki, once a major tarako hub and base for some 60 processing companies, women traditionally undertook work at cod roe product plants because it does not require heavy lifting or the gutting of fish. Only a few of Minato Suisan's 40 employees are men, the company said. 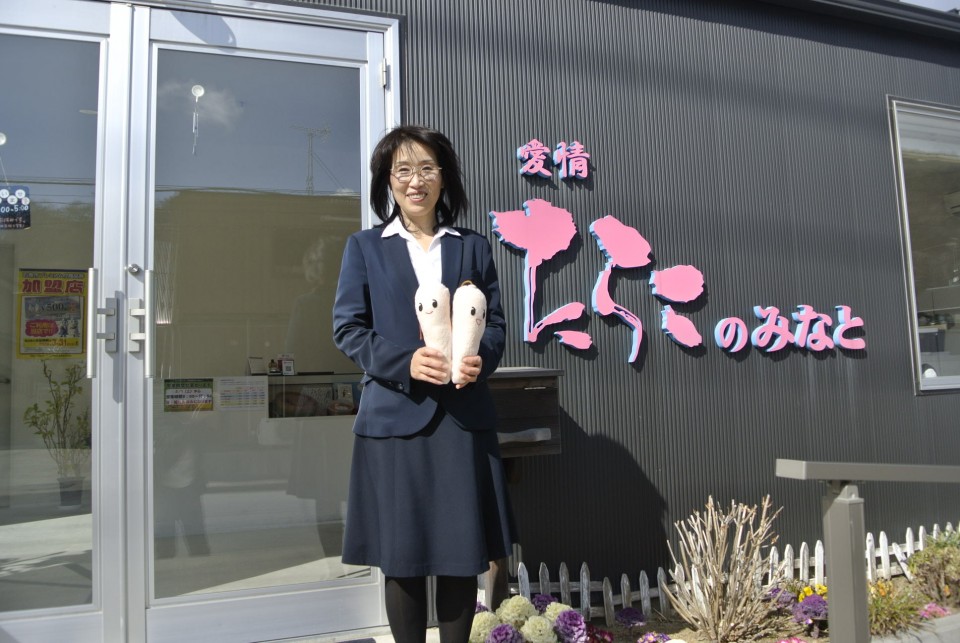 (Akemi Kimura stands in front of the company's shop and office building on Feb. 18, 2020, holding tarako mascots in Ishinomaki, which was devastated by the March 11 earthquake-tsunami disaster.)

"We import cod roe caught in the Bering Sea near the United States and near the Kamchatka Peninsula in (the Far East of) Russia," said Kazunari Kimura, 61, president of Minato Suisan. "Since only frozen roe are shipped to us, we don't have to carry heavy fish or dispose of their blood," said his wife Akemi.

Tarako is made by salting thawed cod roe for 48 hours, and mentaiko, a spicy marinated product, is seasoned for an extra 24 hours, according to the couple. Minato Suisan has developed products free of artificial additives and coloring agents.

In Japan, the items are usually eaten with rice and as an accompaniment to alcoholic drinks. They are also often used in pasta sauces or salads. Mentaiko, which is seasoned with red chili pepper spice, is said to have originated on the Korean Peninsula.

All workers at Minato Suisan survived the tsunami, taking refuge in a refrigerator warehouse, but the disaster caused significant damage to the plant and office, cut off water and electricity for 50 days, and washed away massive amounts of the company's records and all the client data within.

Amid the chaos after the disaster, however, a room on the second floor of a warehouse served as a makeshift evacuation center for up to 70 employees and locals for about two months.

"Despite the hardship, the president was determined not to lay off anyone in the wake of the tsunami. To earn revenue and secure workers' salaries, we restarted production as soon as water and electricity services resumed and desperately sold our products at events across Japan," Akemi recalled.

The company did not recruit staff for about five years, but some female workers responsible for putting the final touches on the cod roe products who were nearing 70 years of age asked the management to hire new workers so that they can train them and ensure their hard-earned skills would be not be lost when they retire, she said.

To the surprise of management, which had been concerned that work at a seafood processing plant may not be attractive to young women, more than 20 applied for two job openings in the first year after the nursery's opening. The following year, 18 put their hand up for the next two available positions, the executive said.

"We ended up hiring a total of 10. All of them had no prior experience in working at a seafood processing company but they managed to learn the skills," Akemi said.

The nursery initially opened in the president's office, after some renovations, and accommodated nine children. Kazunari himself chipped in, getting a "parenting supporter" license to help take care of the kids. 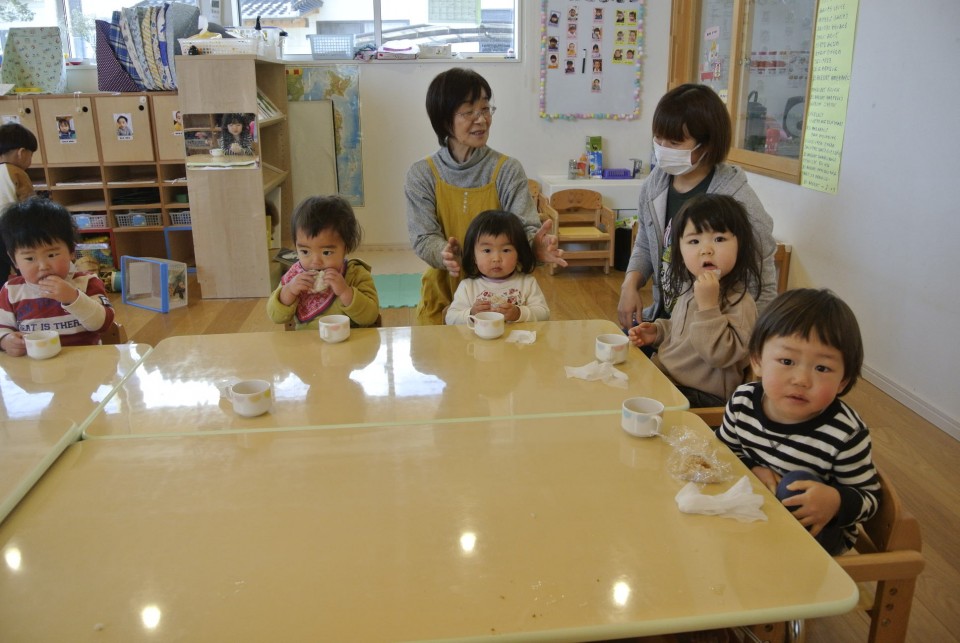 In 2017, a new nursery building was completed at the company, with state subsidies partially covering the cost. Staffed with 13, the facility now looks after 19 children, including six whose parents work at different companies nearby.

"It is good to work near the children and be able to see how they grow," said Mami Oyama, 28, a Minato Suisan worker whose second child attends the nursery.

Mayu Kato, 38, another employee with three children, said she appreciates the company's child-friendly culture. "At my previous workplace, it was difficult to leave if your kid was sick. (Bosses) always asked 'When are you going to come back?' or 'Can't somebody else look after the child?'" she said.

"Here I'm told to leave as soon as possible to care for the child," Kato said.

Akemi, 55, herself a mother of three daughters, said she aimed to make the tarako-maker, which was founded in 1980 by Kazunari and his late father, a workplace where "women don't have to quit," based on her own experience of struggling to balance work and family life.

She joined the company in 1992, four months after giving birth to her youngest daughter, to help with a newly started mail-order business.

But despite being married to one of the company's founders, Akemi was not immune to criticism.

"As my children often got sick, I was criticized for not devoting myself to work and told that even a disabled worker would outperform me," Akemi said. "So, I was resolved to transform the company culture to support women."

Although the government recognized the firm's recovery efforts, with Prime Minister Shinzo Abe even visiting the plant and the nursery in 2018, Akemi noted Minato Suisan should not be considered a complete success story because its sales have not recovered to pre-disaster levels. 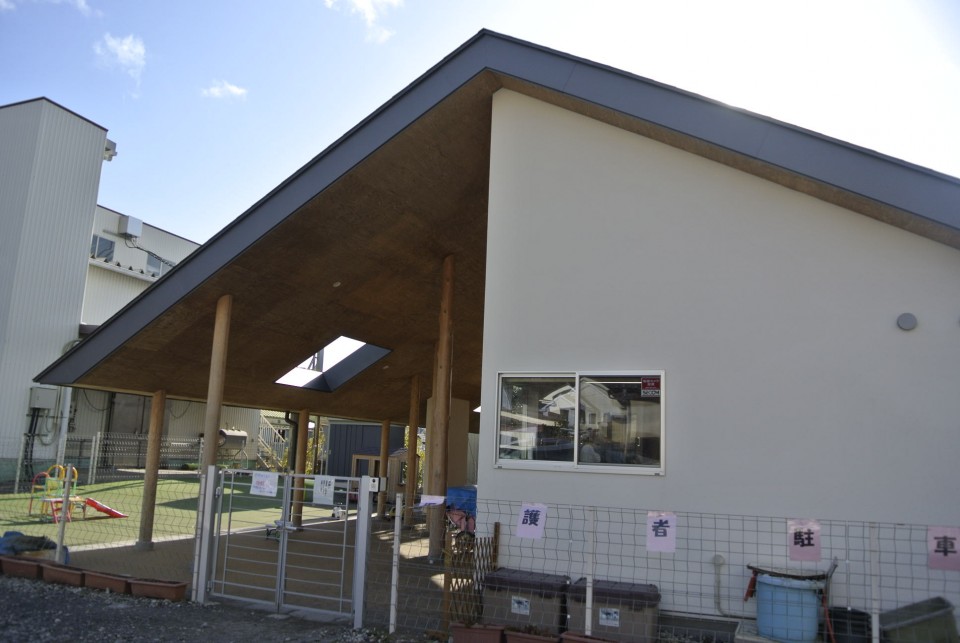 "Our rivals took our major customers while the plant operation was suspended. Furthermore, we have borrowed a huge amount of money" to build the new plant and nursery, the executive said.

The company has recently developed a smoked tarako line, which has a longer shelf life and can be shipped without the need for refrigeration. Exports to Singapore began last November -- the maker's first foray into an overseas market -- targeting the city state's wealthy, health-conscious residents.

To give thanks to the people who provided support after the 2011 tsunami, the company has organized workshops to teach some 2,500 children and adults how to make tarako. The classes are also aimed at promoting the local seafood processing business, which has seen the number of tarako makers plunge to only a few in the wake of the disaster, Akemi said.

With the Tokyo Olympics and Paralympics approaching, the executive hopes foreigners who engaged in disaster relief activities in the northeastern Tohoku region will revisit Japan for the Summer Games.

Many countries offered support to areas hit hard by the disaster, with U.S. forces and The Young Americans choir particularly remembered by Ishinomaki locals, Akemi said. "We've continued our business partly encouraged by the hope that we can be reunited with those who helped us."