The Sunwolves fell to their fifth straight Super Rugby defeat Saturday going down 49-14 to defending champions the Crusaders at Brisbane's Suncorp Stadium.

In a game originally slated for Tokyo's Prince Chichibu Memorial Rugby Ground but moved as a result of the coronavirus outbreak, the Sunwolves came into the match on the back of four big losses. They battled to remain within striking distance for much of the game but were eventually let down by conceding penalties at crucial times and missing too many tackles. 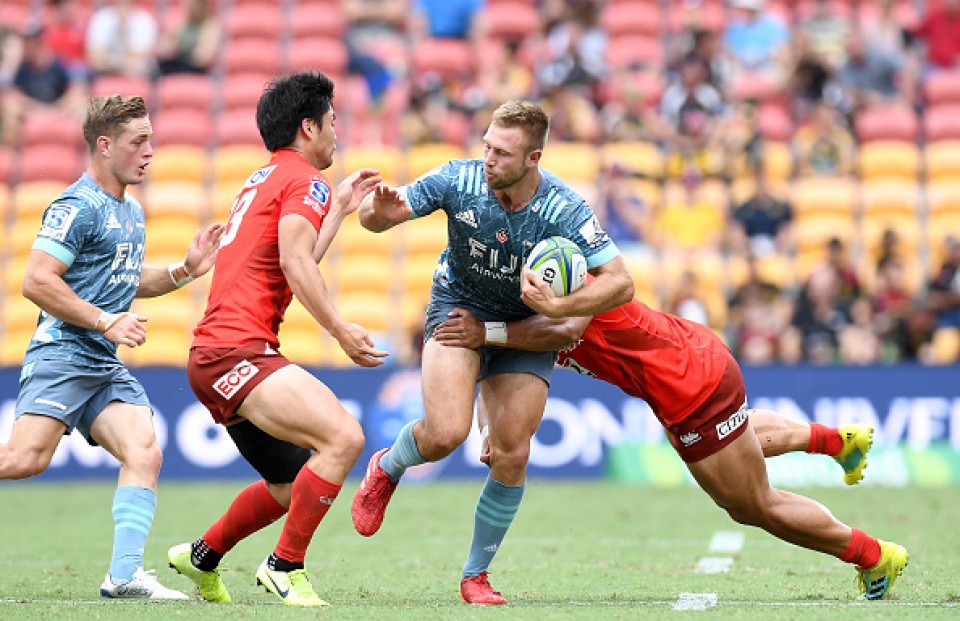 Not even a two-man numerical advantage could help them as Braydon Ennor and Fergus Burke closed out the scoring for the Crusaders despite them playing 10 of the final 14 minutes with 13 men after reserve hooker Hugh Roach was shown a red card and Sevu Reece a yellow.

"We showed a little bit of inexperience and missed some one-on-one tackles and we can't afford that," said Sunwolves captain Jake Schatz, adding he was pleased with the first-half performance that saw them trail 14-7, but not the second.

The Crusaders (5-1) dominated proceedings from the start but a much improved defensive effort from Naoya Okubo's team meant it took the Christchurch, New Zealand-based team 19 minutes to get the scoreboard ticking over with Tom Christie scoring the opening try.

Despite just 39 percent of possession, the Sunwolves (1-5) slowly played themselves into the game and Ben Hyne powered over in the 31st minute after his teammates had done well to keep the ball alive.

Two scores either side of halftime through Reece and Luke Romano, however, saw the Crusaders regain the ascendency as their pack started to make their presence felt.

Just as in the first half, the Sunwolves fought back with Garth April sprinting over for his side's second try, only for Reece to respond almost immediately before a sparkling try from Sione Havili in the 63rd minute put the game beyond doubt.

"It was a little bit touch and go for a bit," said Crusaders captain Bryn Hall, who praised the "resilience and character within the group," after they went down to 13 men. 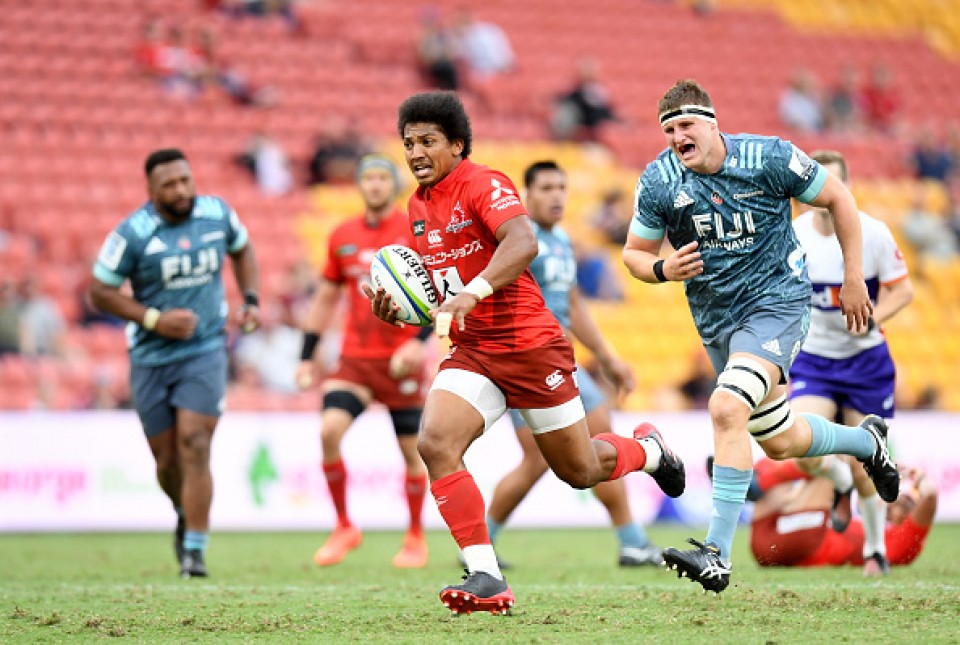 (Garth April of the Sunwolves)[Getty/Kyodo]

The Sunwolves, whose last game in Japan was on Feb. 15, are set to remain on the road for at least the next two weeks when they play in empty stadiums in Melbourne and Sydney against the Rebels and Waratahs, respectively, after the Australian government said games after this weekend had to be played behind closed doors as a result of the coronavirus outbreak.

"We have to get used to the fact we're not going home," said Schatz.

However, the news Saturday that the New Zealand government is requiring all travelers returning to New Zealand to self-isolate on their arrival for 14 days -- including New Zealand residents -- has put the future of the whole tournament into question.

Tournament organizers SANZAAR said in a press release it will not make an official comment on the tournament and the future staging of the remaining matches at this point in time.

"SANZAAR will issue a statement on the full impact of the ongoing COVID-19 crisis and its impact on Super Rugby 2020 once the Executive Committee has determined an appropriate course of action and all stakeholders have been informed," it said.