In an interview held Thursday, Bach revealed the IOC is acknowledging different options in response to the current global spread, while emphasizing that "cancellation is not on the agenda."

"We don't know what the situation will be. Of course we are considering different scenarios, but we are contrary to many other sports organizations or professional leagues in that we are four and a half months away from the games," he told The New York Times.

"They are even more optimistic than we are, because most of them have postponed their events until April or the end of May. We are talking about the end of July."

Speculation has mounted about whether the Summer Olympics due to open on July 24 can proceed as planned as the coronavirus spreads across the globe, with several athletes and sports officials voicing concerns. 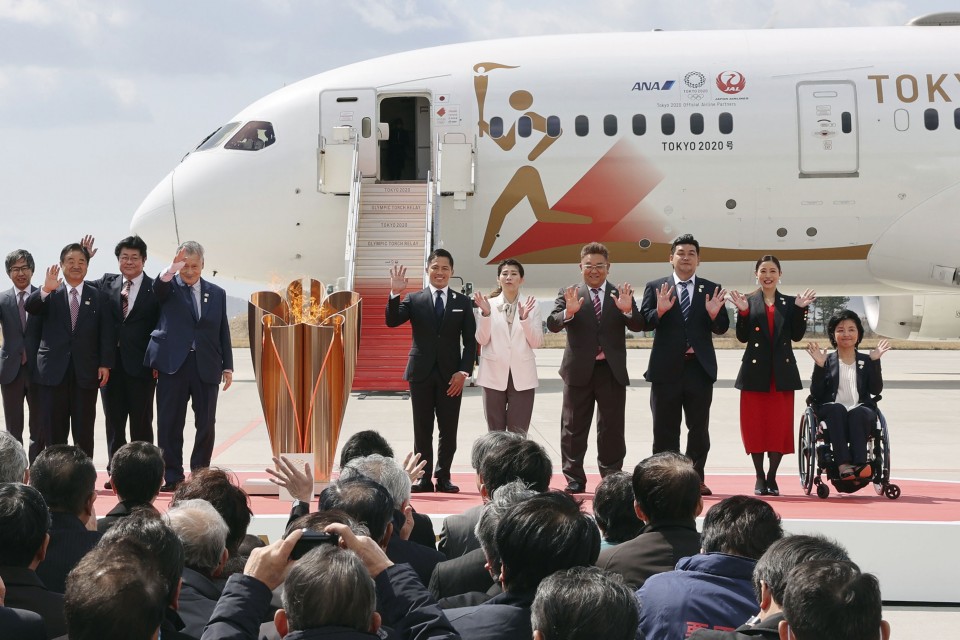 The IOC has repeated its policy of starting the games as scheduled. Japanese Prime Minister Shinzo Abe has said he wants to hold a "complete" Tokyo Olympics with spectators, while the organizing committee has indicated postponing or canceling the Olympics and Paralympics is not an option at this point.

Bach said the IOC is "affected by this crisis like everyone else and we are concerned like everybody else," but said it is not the right time to make a decision about the games because the situation over the virus is uncertain.

"It would not be responsible in any way to set a date or take a decision right now, which would be based on the speculation about the future developments," he said.

The IOC will continue to rely on a task force it set up with related bodies including the World Health Organization to monitor the situation with the virus, he said.

The International Paralympic Committee said Thursday it planned to proceed with the Tokyo Paralympic Games from Aug. 25 to Sept. 6 as scheduled, while acknowledging the difficulties many athletes face as a result of the health crisis.

In a statement on the global body's website, IPC President Andrew Parsons said there was still more time to consider whether steps being taken by other sports organizations, such as cancellation or postponement, would be necessary.

"Time is on our side to determine whether or not more drastic measures need to be taken," Parsons said. "We continue to be in close and regular dialogue with the WHO, the IOC, Tokyo 2020 and our own health experts."

Abe told G-7 leaders he has not made decision on Olympics: Trump