Japan to get its 1st female paratrooper

Japan will soon get its first female paratrooper, a 31-year-old woman who formally finished training on Wednesday and is set to join the Ground Self-Defense Force's 1st Airborne Brigade.

Sgt. Reina Hashiba took part in a completion ceremony at Camp Narashino in Chiba Prefecture, east of Tokyo, along with about 100 male members and will be assigned to the GSDF's sole airborne brigade, which is based at the camp, on March 16, according to the GSDF.

"I think there will be more female members who seek to join," said Hashiba, adding she will work hard in the elite paratrooper unit. 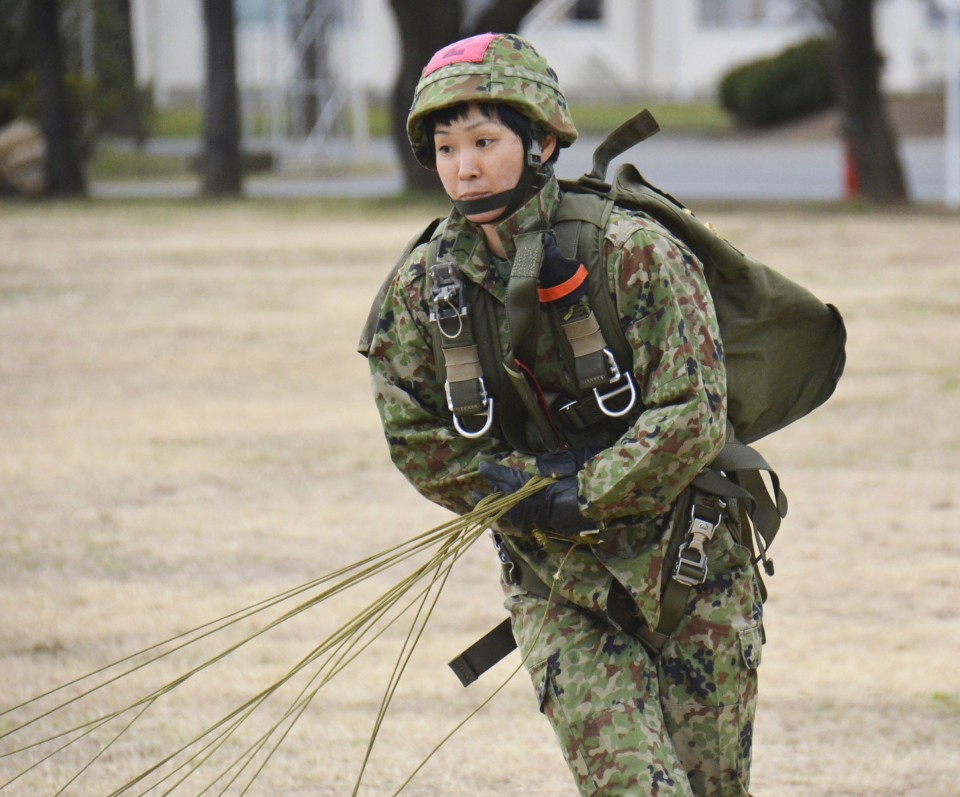 (Photo courtesy of the Defense Ministry)

Members of the unit are trained to be parachuted near enemy lines from heights of about 300 meters or more.

The gender bar on women joining the unit was lifted in 2017, but requirements that women have the same physical fitness as men had effectively prevented women from joining.

Looking back, Hashiba said, "I thought my dream would finally come true" with the change.

"When I was in fourth grade, I saw from the windows of my elementary school paratroopers parachuting down and thought I want to become one," she said.

During the five-week training period, she carried a load of some 60 kilograms, including a parachute and a rifle, and parachuted down from an aircraft five times.

GSDF units are now mostly open to women, with the exception of those engaged in tasks that are deemed harmful to women's pregnancy.

The number of women in the Self-Defense Forces has been on the rise, and there were some 16,000 female members as of the end of fiscal 2018, accounting for about 7 percent of the total of 226,000. 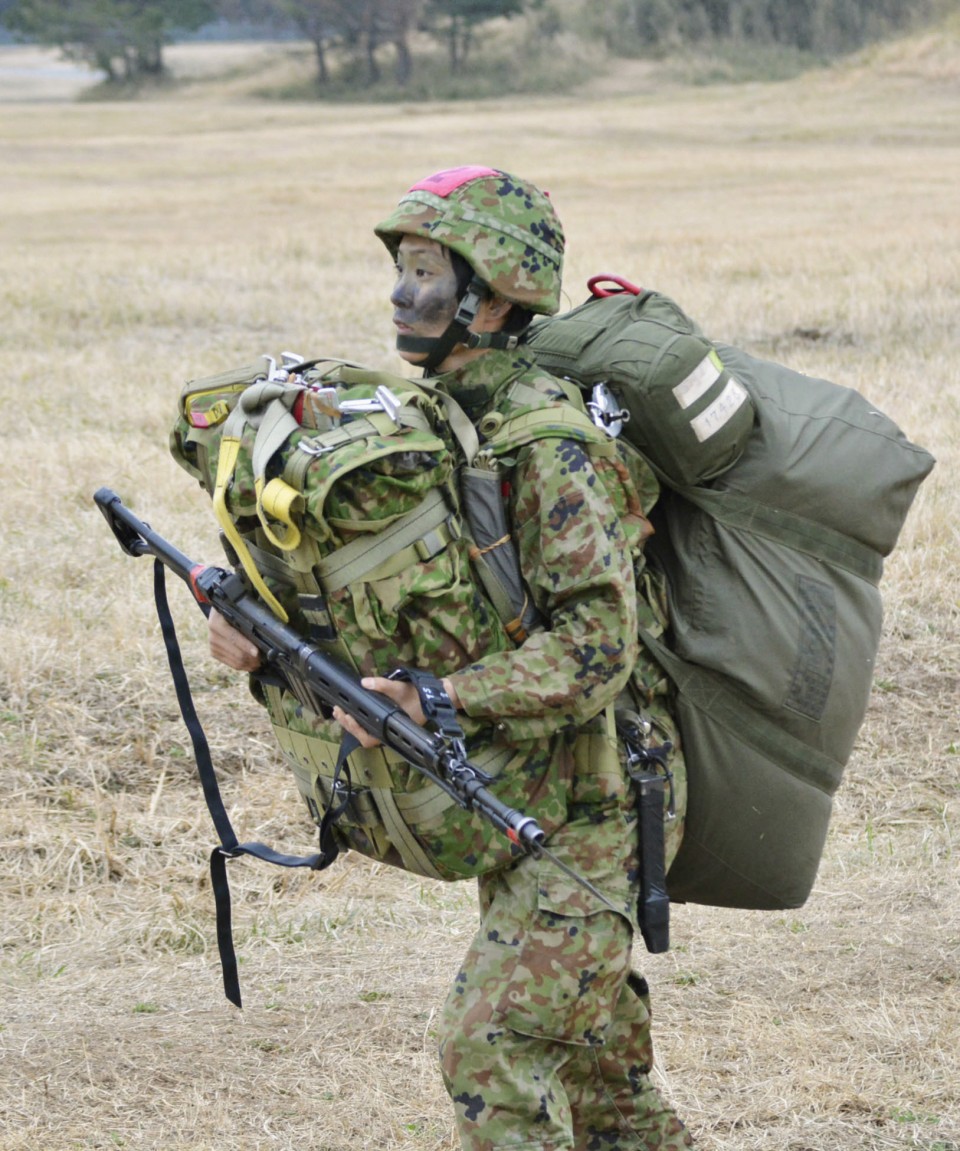 (Photo courtesy of the Defense Ministry)