About 60 diplomats and other foreigners left North Korea for Russia on Monday on a special flight arranged by the country's state-run carrier.

They were part of the hundreds of foreigners who underwent a 30-day quarantine in North Korea and were left stranded after the country shut its borders and suspended commercial flights amid concerns about the spread of the new coronavirus that has raged in neighboring China.

Some of the quarantined foreigners have expressed hope of leaving North Korea and returning home, according to sources close to the matter. 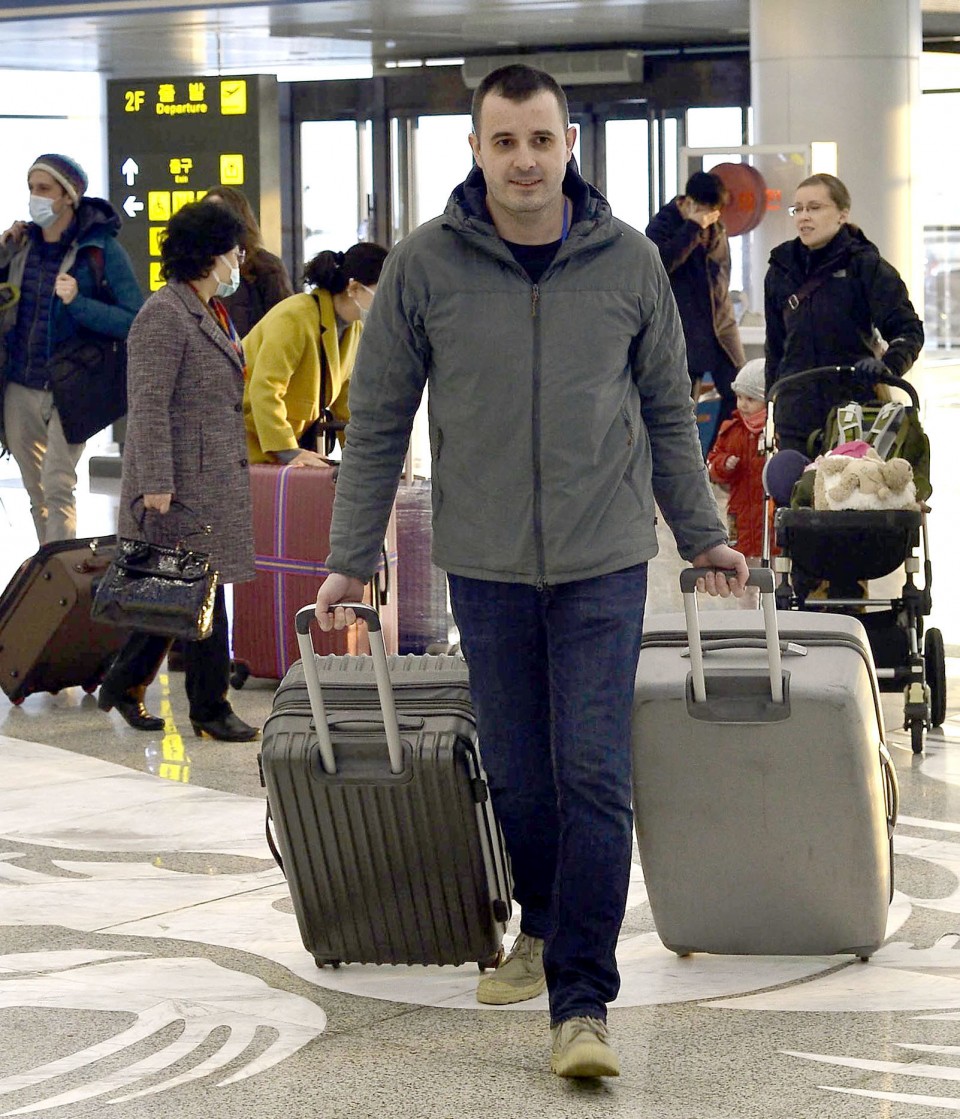 At Vladivostok airport, many diplomats and their family members looked tired and were quick to leave the airport.

One diplomat, who had visited Pyongyang for a business trip, said anti-virus measures conducted by North Korean authorities have been working well and there seems to be no confusion in the city, with people walking outside with face masks on.

In the wake of the spread of the new virus, North Korea has cut off traffic to and from China and Russia since earlier this year. Air Koryo had also suspended its operations for around a month.

North Korea has been stepping up efforts to prevent a similar outbreak of the new pneumonia-causing coronavirus that has spread in China. North Korea claims it has no infection cases, but has quarantined foreigners across the nation.

Some countries such as Germany, France and Switzerland have temporarily suspended operations at their offices in Pyongyang as they have been struggling to procure commodities.

Other nations, meanwhile, have significantly downsized operations at their embassies in North Korea, sources familiar with the situation in the capital said.

In the past, North Korea barred foreigners from entering the country during the 2002-2003 epidemic of severe acute respiratory syndrome, or SARS, and the Ebola outbreak in West Africa in 2014.

The new coronavirus first detected late last year in the central Chinese city of Wuhan causes the disease officially known as COVID-19 and has reportedly infected more than 100,000 people and killed over 3,500 worldwide so far.