South Korea strikes back by suspending visas for Japanese

South Korea on Friday announced the suspension of a visa-waiver program for Japanese and a mandatory two-week quarantine for visitors from the country, in response to similar measures imposed by Tokyo in connection with the new coronavirus outbreak.

Speaking at a briefing at the ministry, Cho said that the decision to tighten restrictions for Japanese was made based on a recent review of Japan's containment system.

"We took into account the fact that questions about vulnerability were raised in Japan's response to the epidemic against the new coronavirus," he added.

The visa waver program enables Japanese to travel to the country for stays of 90 days or less without obtaining a visa.

A ministry official explained that Japanese citizens who have already entered South Korea without visas could continue their stays without issue.

The Japanese government announced Thursday that visitors from South Korea and China will be asked to quarantine themselves for two weeks at designated facilities. It is also revoking some visas already issued to travelers from the two countries. 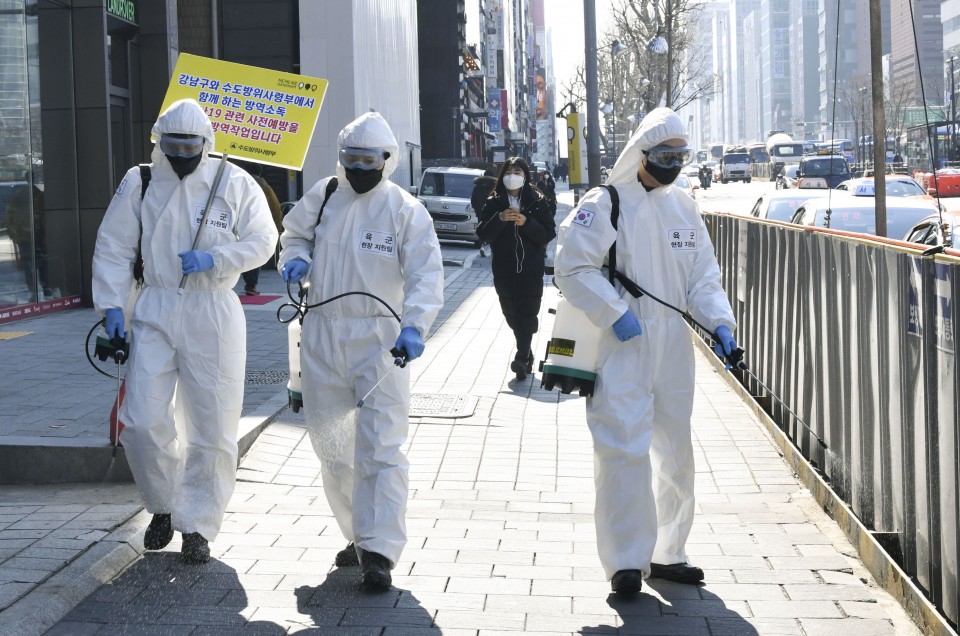 Visitors to Japan plunge in February amid virus fears

The move was prompted in part by a surge in infection cases in South Korea and its efforts to contain the epidemic within it.

South Korea's criticism of the response and its retaliation lay bare, once again, the rocky relationship between the two neighbors, which have long feuded over territorial and historical disputes.

She criticized the measure as "unfair" and "unscientific," and warned that if not withdrawn, the ministry would take reciprocal measures.

Tomita responded by saying he will deliver the message to his home country, while explaining that Japan has worries over the deadly virus spreading in the country.

In Tokyo, Foreign Minister Toshimitsu Motegi defended Thursday's decision, saying it was intended to curb the spread of the coronavirus in Japan and should not cause any diplomatic friction between the neighboring countries.

"This is a temporary measure and I don't believe it will have a harmful effect on Japan-South Korea relations," he told a press conference.

Meanwhile, China on Friday voiced understanding of the Japanese move.

"Each country has taken scientific and reasonable steps to protect the lives and health of its people and to maintain global public health," Chinese Foreign Ministry spokesman Zhao Lijian said.

Earlier this week, the Beijing municipal government announced the enforcement of a 14-day quarantine and observation for those traveling from severely infected countries, including Japan and South Korea.

South Korea has the largest number of coronavirus infection cases outside China with over 6,200 confirmed. Most cases have been found in the southeastern city of Daegu, where mass transmissions are believed to have occurred among members of a minor Christian sect.