Speaking to reporters in Tokyo following a teleconference with his G-7 counterparts, Motegi said they agreed on the need to coordinate efforts to develop a treatment for COVID-19, and to closely communicate in imposing temporary travel restrictions.

More than 19,000 people have died from the novel coronavirus that was first reported in central China late last year, with more than 438,000 confirmed infections worldwide, according to a tally by Johns Hopkins University of the United States. 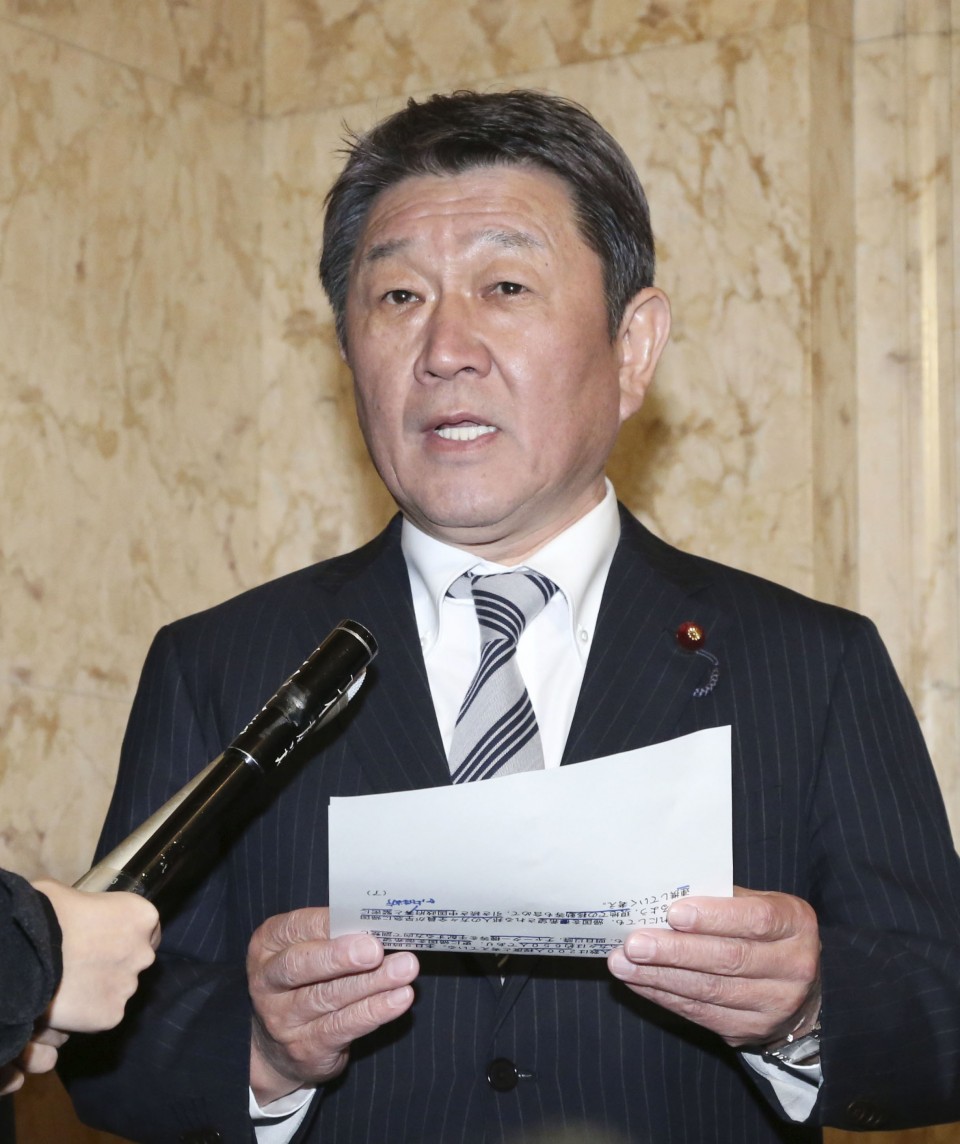 Meanwhile, U.S. Secretary of State Mike Pompeo said in a press conference in Washington that the G-7 members were all aware of China's "disinformation campaign" regarding the coronavirus outbreak, as the two countries dispute the origins of the disease.

Countries around the world have imposed travel restrictions to slow the spread of the virus, with the United States instituting an entry ban on foreign travelers from mainland China, Iran and many European countries that have been hardest hit.

As social distancing is encouraged and businesses temporarily shutter, concerns are growing that the global economy is heading toward a recession.

In a teleconference last week, G-7 leaders vowed to do "whatever it takes" to mitigate downside risks, including deploying fiscal and monetary measures.

The foreign ministers' meeting had been slated to take place in the U.S. city of Pittsburgh but was held in a virtual setting due to concerns over the pandemic.

It was the first time the top diplomats of the G-7 -- consisting of Britain, Canada, France, Germany, Italy, Japan and the United States plus the European Union -- held a conference in this format, according to the Japanese Foreign Ministry.

The G-7 foreign ministers also supported the postponement of the Tokyo Olympics and Paralympics due to the coronavirus pandemic, Motegi said.

He added that the foreign ministers discussed regional issues including the situation in North Korea, China and the Middle East.

They agreed that recent ballistic missile tests by North Korea are unacceptable, and they intend to continue supporting the United States' efforts to achieve the country's complete and verifiable denuclearization, he said.

Amid a stall in talks with Washington, Pyongyang launched a series of what are believed to have been ballistic missiles into the sea this month in defiance of U.N. resolutions.

"The G-7 and all nations must remain united in calling on North Korea to return to negotiations and stay committed to applying diplomatic and economic pressure over its illegal nuclear and ballistic missile programs," Pompeo told the press conference.

Tensions in the Middle East remain high as Iran has stepped away from a landmark 2015 deal that placed limits on its nuclear program in exchange for relief from economic sanctions.