The big Bulgarian continued his impressive run by beating Mitakeumi and improving to 11-1, while Hakuho went down for just the second time in 11 bouts against Shodai at Edion Arena Osaka.

Hakuho (10-2) delivered a powerful right-hand slap before driving Shodai to the edge, but the sekiwake powered his way back to grab a belt hold and force out the yokozuna, who took his first loss of the meet two days earlier.

Despite dramatically defeating the all-time great, who is chasing a record-extending 44th Emperor's Cup, Shodai (6-6) said his focus was on ensuring a winning record at the 15-day tournament. 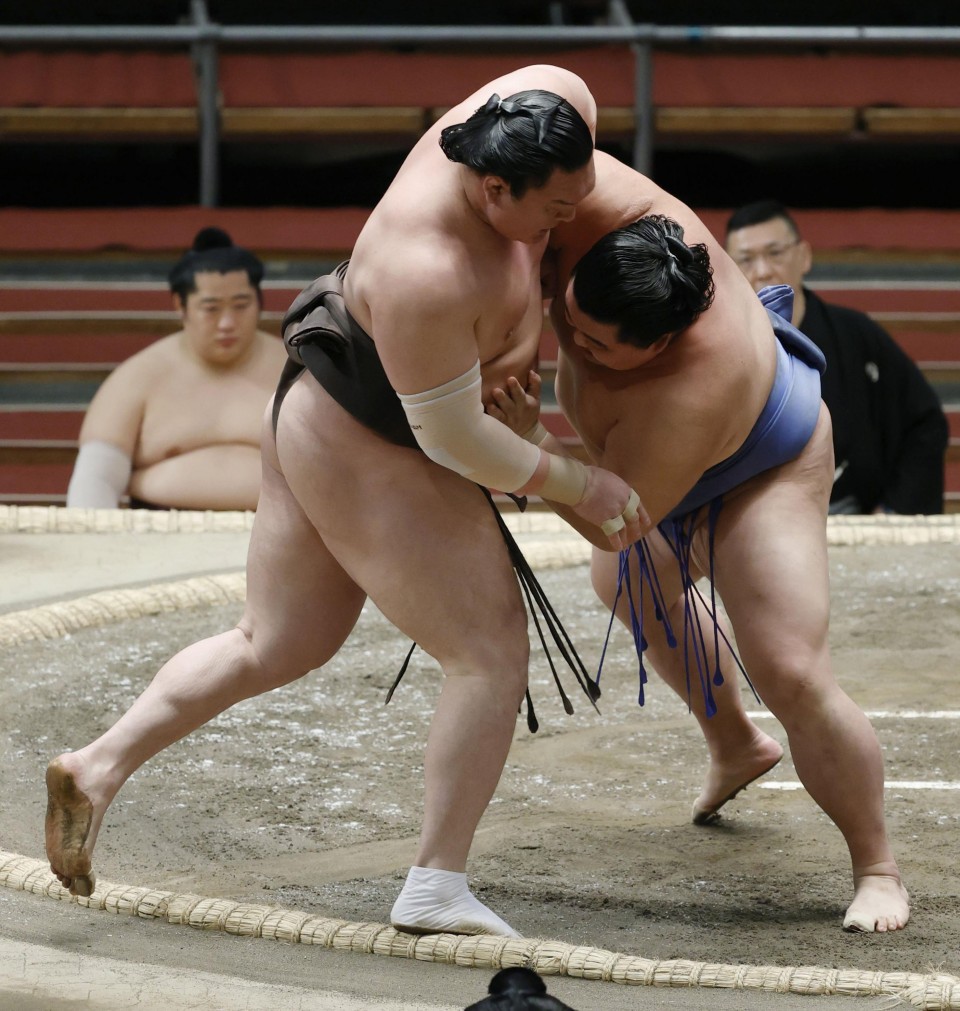 "I just have to concentrate hard and do what I need to do," said the 28-year-old from the Tokitsukaze stable.

"I practiced hard before the tournament and want to put that to good use in the remaining three days."

In a battle of former sekiwake with title aspirations, No. 13 maegashira Aoiyama (11-1) opened with a strong charge and stayed on the front foot to push out No. 3 Mitakeumi (9-3).

With the result, Aoiyama evened the slate at four wins apiece head to head with Mitakeumi, who is bidding for a return to the three "sanyaku" ranks below yokozuna.

The other Mongolian-born grand champion, Kakuryu, stayed one win off the pace by beating komusubi Endo in the final bout of Day 12.

Following a false start, Endo (6-6) made a solid opening charge, but Kakuryu (10-2) kept his balance while retreating as he toppled the komusubi with an overarm throw. 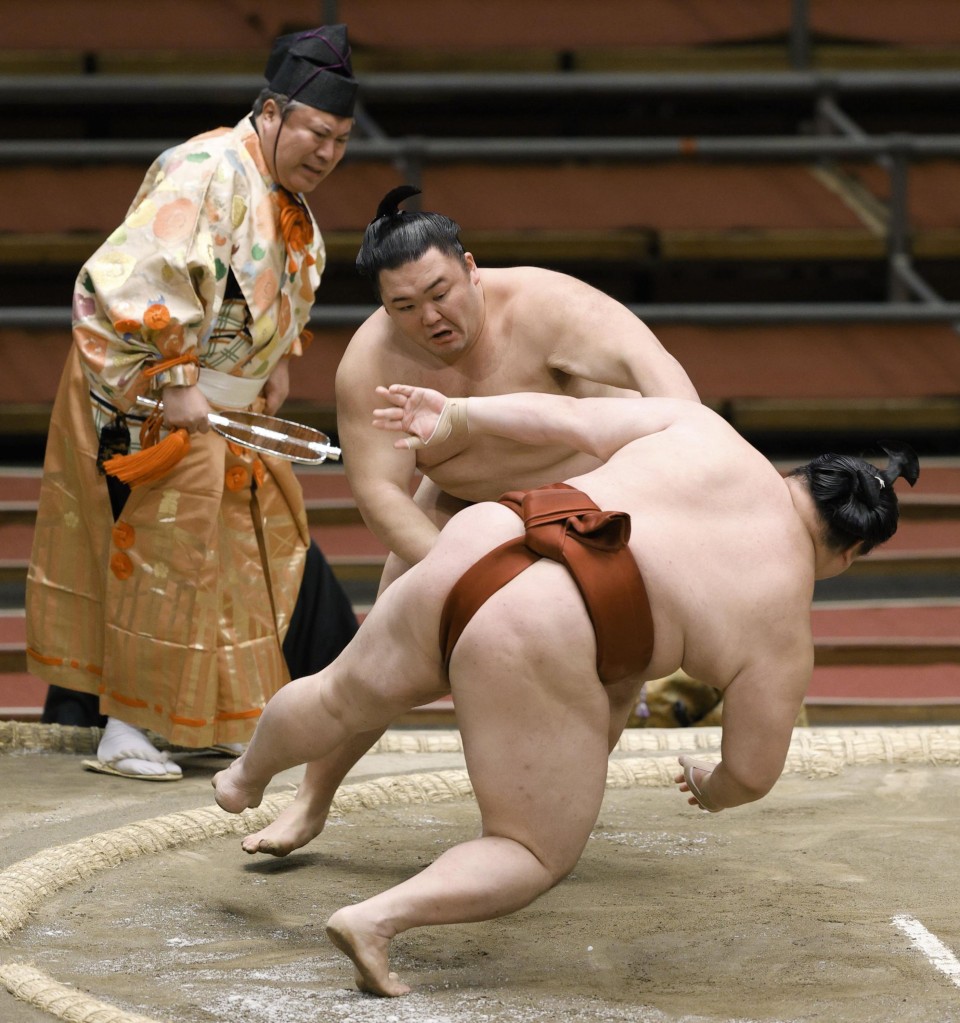 Struggling ozeki Takakeisho improved to 6-6 with a vital win against No. 5 Ryuden (4-8).

The 169-kilogram powerhouse quickly wrapped up the bout with a thrust down to avoid his fourth straight loss of the meet, which is taking place without spectators as a safety measure in response to the coronavirus crisis.

Sekiwake Asanoyama (10-2) stayed in contention for the championship and took another step toward ozeki promotion by pushing down No. 9 Takanosho (9-3).

The Toyama Prefecture native was strong off the mark and maintained the momentum before sending Takanosho tumbling.

The winner of last year's May tournament, Asanoyama can meet one of the criteria for promotion to the sport's second-highest rank with 12 wins here.

With the victory by arm-bar force down, Hokutofuji ended the 99-kg dynamo's run of winning records at four.

Among the rank and file, No. 12 Ishiura (8-4) clinched a winning record by downing No. 18 Kotonowaka (7-5), who has three more chances to obtain the all-important eighth victory in his top-division debut.

Brazilian No. 14 Kaisei improved to 8-4, defeating No. 8 Shohozan (2-10) for his second straight winning tournament since returning to the top flight.