While organizers are adamant the Tokyo Summer Games will proceed as scheduled, postponement of the event due to the coronavirus pandemic could end the Olympic dream for several of Japan's talented crop of men's soccer players.

The Olympic men's soccer tournament is contested by under-23 sides with a limited number of overage players, but it is unclear whether the age cutoff would be shifted should the games be postponed by a year, as some predict.

Japan's head coach Hajime Moriyasu is concerned postponement until 2021 would force several players born in 1997 -- such as Groningen's Ko Itakura and Maritimo's Daizen Maeda -- to compete for the three overage slots allocated to each team.

"If some who were set to play this year are no longer able to participate, it would be very disappointing for them, given the hard work they've put in," Moriyasu said. 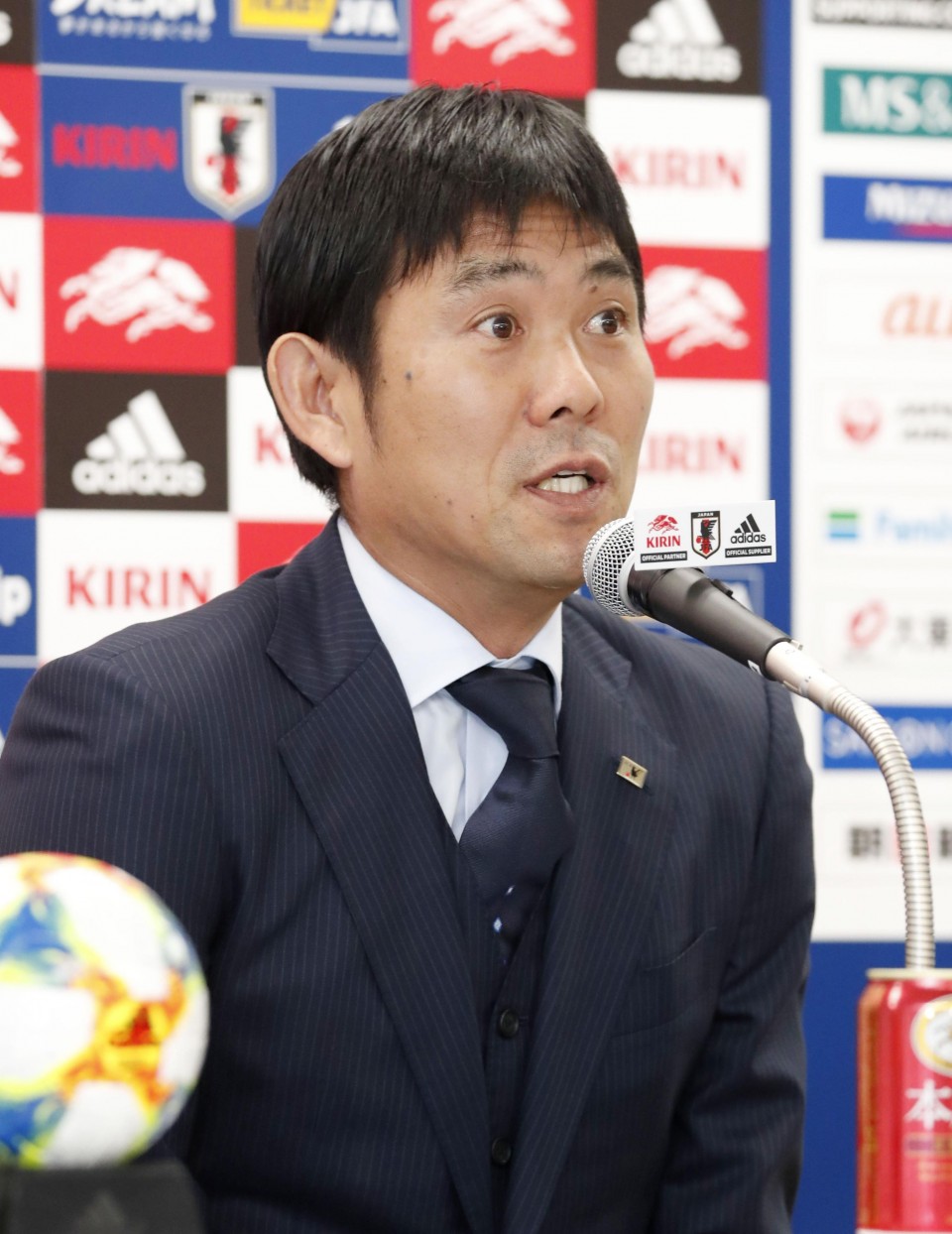 The affected group also includes center-backs Tsuyoshi Watanabe of FC Tokyo and Yuta Nakayama of Dutch side Zwolle, who has captained the current Olympic-age cohort in internationals.

Following an interrupted buildup to the July 24 to Aug. 9 Games, including the cancellation of international friendlies, Watanabe said he was prepared for any outcome.

"I'm not worried because it's out of my hands," Watanabe said. "My ultimate goal is the senior national team. If I'm not able to play (at the Olympics) because of my age, I'm not going to get down about it."

In his dual role as national and Olympic manager, Moriyasu has the added task of steering the Samurai Blue through 2022 World Cup Asian qualifying next year.

But the 51-year-old said the global health crisis stemming from the coronavirus was a far more pressing concern than football.

"We just have to do our best according to the rules. But more than anything, I hope people around the world will be safe and sound," he said.