An observatory of Kyoto University, known for its contribution to research on the solar system and its role as a hub for amateur astronomers, will be open to the public on weekends from May 2 to raise funds for sustaining its operation.

Telescopes at Kwasan Observatory, established in 1929, have contributed to observations of the Sun and the discovery of eastern wind on Mars. The observatory was also dubbed the "holy site of amateur astronomy" due to its active outreach efforts.

In recent years, however, the observatory has struggled to maintain its activities due to aging, a new separate observatory constructed at the university and budget cuts for national universities. It will be sustained for the next 10 years thanks to donations from a crane maker in Kagawa Prefecture, but plans after that are yet to be determined. 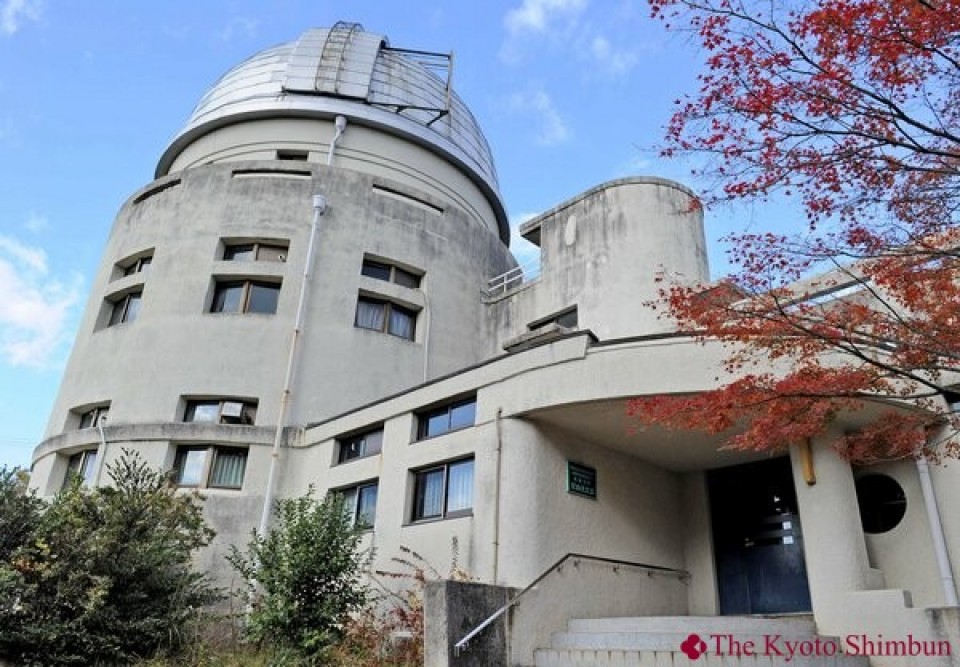 About 3,000 people visit the observatory each year on several tours and an annual special opening day. But requests from citizens to hold tours on weekends had to be turned down due to a shortage of personnel.

With professor Kazunari Shibata, former director of the observatory, being able to commit to the facility's activities more often since retiring from the university in March, it decided to increase the number of opening days.

The observatory says it will show off its 45-centimeter refractor telescope and 18-cm refractor telescope, the oldest active telescope in Japan. Visitors are not allowed to operate the telescopes but will be able to see images of the Sun in real time. It will also display a sign and handprint of Brian May, an astrophysicist and the guitarist for the rock band Queen, who visited there in January.

Lectures and tours by Shibata, winner of the 2020 George Ellery Hale Prize, will be held on Saturdays, while screenings of videos of space are on Sundays. The observatory plans to hold monthly stargazing sessions as well.

"We want to open more frequently if possible," Shibata said. "We want more people to know about our valuable Kwasan Observatory."

The entry fee for adults is 1,000 yen, while that for students in elementary school through high school is 500 yen. Application is required to attend some activities, including lectures and stargazing sessions. For inquiries about applications and schedule changes due to the coronavirus, visit the website of Astronomical Observatory, Graduate School of Science, Kyoto University.