Nearly a quarter of those who died of illness or stress linked to the March 2011 earthquake and tsunami in Japan's hardest-hit prefectures were disabled, a Kyodo News survey released Sunday showed.

Disabled people accounted for 24.6 percent of total "disaster-related deaths" in the northeastern prefectures of Fukushima, Iwate and Miyagi, far above their 7 percent representation among the population as a whole estimated by the health ministry.

It is also much higher than the around 14 percent representation of people aged over 65, many of whom died after the disaster on March 11, 2011, because of deteriorating health and living conditions in shelters and other evacuation facilities.

The survey targeting 42 municipalities in the prefectures affected by the quake, tsunami and ensuing nuclear crisis was carried out ahead of the ninth anniversary of the triple disaster. 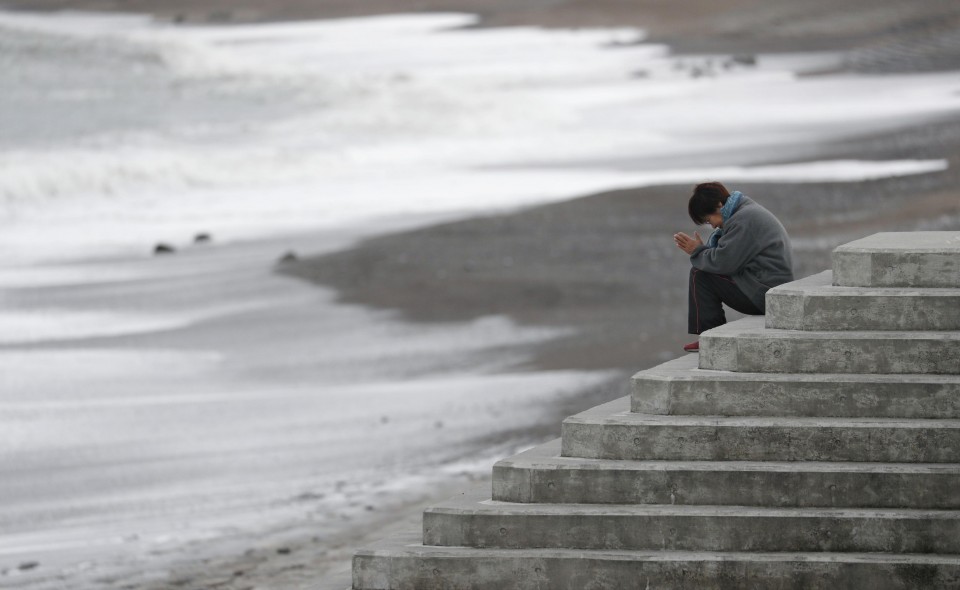 (A woman prays at a beach in Iwaki, Fukushima Prefecture, on March 11, 2019, the eighth anniversary of the 2011 earthquake-tsunami disaster in northeastern Japan.)

The number of people who died of indirect causes related to the disaster totaled 1,500 in the 32 municipalities that responded to the survey.

Of the total, 370 were disabled, of whom 352 had a physical disabilities.

"Some couldn't go to crowded evacuation centers and lived in physically challenging conditions, inside large vehicles or on the second floors of inundated houses, for example," said Kazuhiko Abe, a Tohoku Fukushi University professor.

"The stress was big in temporary housing too," Abe said, noting many of them were not designed for people with physical disabilities.

The survey showed the lasting impact of the ordeal on the disabled.

"We need to set up a framework so that disabled people won't be left without assistance," the professor said.

As of Sept. 30 last year, there were 3,739 disaster-related deaths across the country, according to the Reconstruction Agency. About 60 percent of them were reported in Fukushima Prefecture, which was at center of the nuclear crisis.