Some Chinese internet users expressed disbelief and criticism against the Tokyo Marathon on Sunday, calling the decision to hold the event despite an ongoing coronavirus outbreak a "death wish."

As daily infection numbers in China continue to drop following unprecedented containment measures, there is a growing expectation among Chinese citizens that other countries would take similar measures and make sacrifices to prevent the spread of the deadly virus.

Around 200 elite competitors ran in the Tokyo Marathon after the epidemic forced organizers to scale back the race, slashing around 38,000 general category runners. 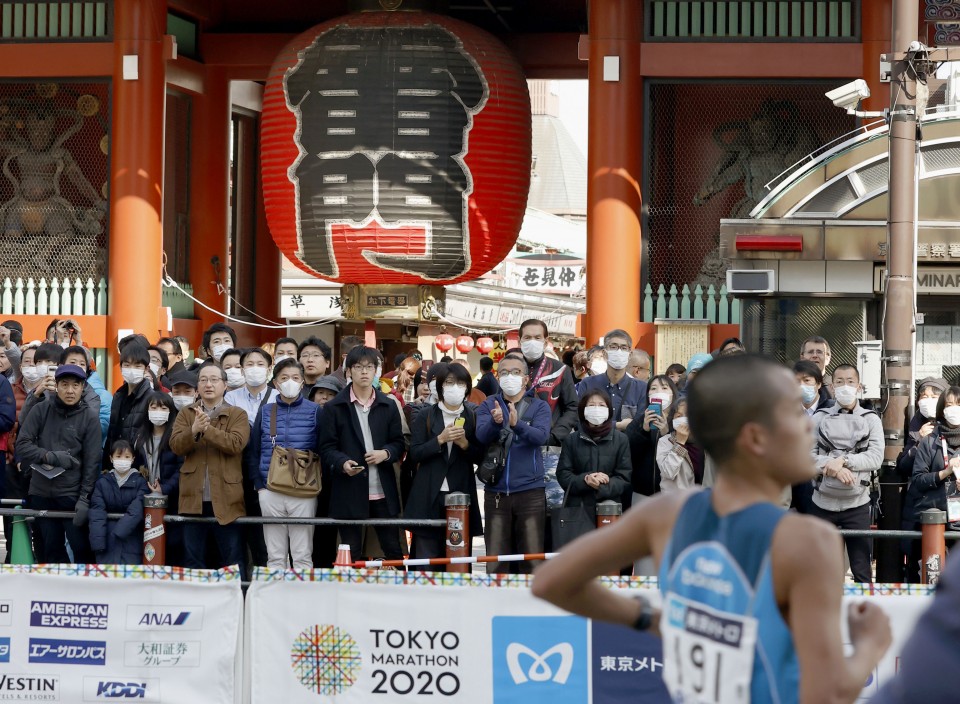 (Spectators watch the Tokyo Marathon in front of Sensoji temple in the Asakusa district on March 1, 2020, with most wearing masks amid growing coronavirus infections.)

Despite encouragement to watch the race via broadcast, around 72,000 spectators cheered along the route in central Tokyo while many of them wore protective face masks.

Such a turnout prompted shocked Chinese netizens to mockingly commend the Japanese for their fearlessness and ability to continue burying their heads in the sand as part of an "ostrich policy" in fighting the epidemic.

Posts with the hashtag "ostrich policy" earned tens of thousands of likes accompanied by thousands of frustrated comments over Japan's so-called carelessness.

"The Japanese are not afraid. They think it's just a bad cold," a user wrote on Weibo, the Chinese equivalent of Twitter.

"The Chinese people have done a heartbreaking job to prevent the spread of the virus to people around the world but the athletes don't care," wrote another. Many simply commented "death wish."

Around 960 infections have been confirmed in Japan, including more than 700 people who were aboard the Diamond Princess, a cruise ship that was quarantined near Tokyo.

Amid fast growing outbreaks in neighboring Japan and South Korea, the Chinese government has strengthened restrictions against inbound travelers, reducing flights between China and the two East Asian countries and re-enforcing a 14-day quarantine and observation on all those coming into cities like Beijing and Shanghai.