International Olympic Committee President Thomas Bach on Saturday rebutted growing calls from athletes and officials around the globe for postponing this summer's Tokyo Olympics due to the coronavirus outbreak, saying it will not be easy to take such a major action.

"You can't postpone the Olympic Games like a football match next Saturday," Bach was quoted by German news agency dpa as telling SWR radio, as national Olympic committees and major federations from the United States have begun requesting the IOC postpone the Tokyo Games, perhaps for a year.

Bach has been insisting that the IOC's focus was solely on holding a "safe" Olympics on schedule. But now, he has begun defending his position. Dpa reported Bach as saying any decision requires reliable and clear information.

Earlier Saturday, the Brazil Olympic Committee called for the Tokyo Games to be postponed for a year, citing "the notorious worsening of the COVID-19 pandemic" and "the consequent difficulty for athletes to maintain their best competitive level."

Similarly, the Norwegian Olympic and Paralympic Committee said Friday it has asked the IOC not to hold the games until the pneumonia-causing virus is under control, especially when a total of about 234,000 people have been infected worldwide.

USA Swimming and USA Track and Field, the U.S. swimming and athletics federations have both added their voices to the growing calls for postponement. 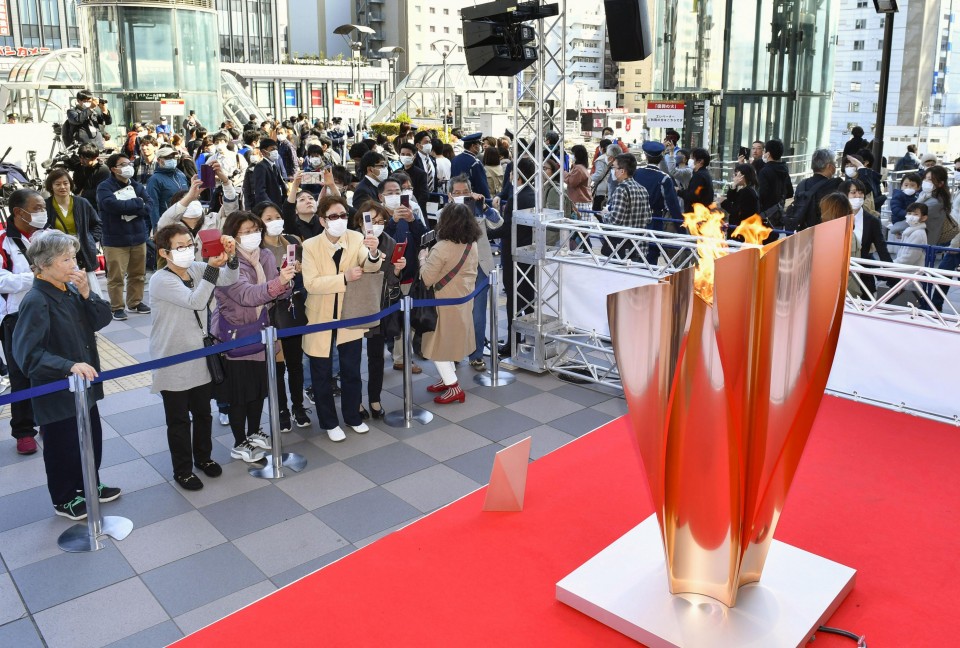 (The Olympic flame is put on display at JR Sendai Station in Japan's Miyagi Prefecture on March 21, 2020.)

In a letter sent to U.S. Olympic and Paralympic Committee CEO Sarah Hirshland, USA Swimming CEO Tim Hinchey said, "Everyone has experienced unimaginable disruptions, mere months before the Olympic Games, which calls into question the authenticity of a level playing field for all," according to the Associated Press reported.

"Our athletes are under tremendous pressure, stress and anxiety, and their mental health and wellness should be among the highest priorities," Hinchey wrote.

Nic Coward, head of UK Athletics, filed a similar request as well, according to BBC Sport.

The Tokyo Olympics are set to be held from July 24 to Aug. 9, followed by the Paralympics from Aug. 25 to Sept. 6. The IOC, the Tokyo Olympic organizing committee and the Japanese government have maintained they plan to hold the games as scheduled.

"The IOC will make the final decision. We will prepare thoroughly for the games' opening in July," Endo said.

However, sports organizations in Japan indicated they would tolerate a postponement if the virus made it impossible for the Tokyo Games to take place as scheduled.

"We would very much like the games to be held (as scheduled). But we would have no choice but to accept it if they were to be postponed," said Yoshihito Nagahata, an executive member of the Japan Rowing Association.

The All Japan Archery Federation said it will discuss responses in the event the games are postponed.

The virus pandemic has caused disruptions to the sports calendar, causing a series of suspensions of Olympic qualifications and test events due to concern about risking the health of athletes and spectators.

The IOC said earlier that only about 57 percent of athletes have qualified.

While maintaining its position that it is still too early to decide whether to postpone the Olympics, Bach acknowledged Thursday in an interview with The New York Times that the IOC is "considering different scenarios" for the Tokyo Games amid the coronavirus outbreak.

The International Paralympic Committee said Thursday it planned to proceed with the Tokyo Paralympic Games as scheduled, while acknowledging the difficulties many athletes face as a result of the health crisis.