The Japanese government plans an ambitious expansion of the domestic esports industry through cooperation with the private sector to help revitalize local economies and increase social participation of people with disabilities, hoping to realize annual economic benefits totaling 285 billion yen ($2.6 billion) in five years, sources close to the matter said.

While the number of players and spectators is rising in the global esports market currently estimated at 100 billion yen with the United States, China and parts of Europe seeing fast growth, the idea of competitive gaming as a sports event is catching on only slowly in Japan where titles provided for personal use on smartphones and home-use consoles of Nintendo Co. and Sony Corp. account for a dominant portion of the video game market. 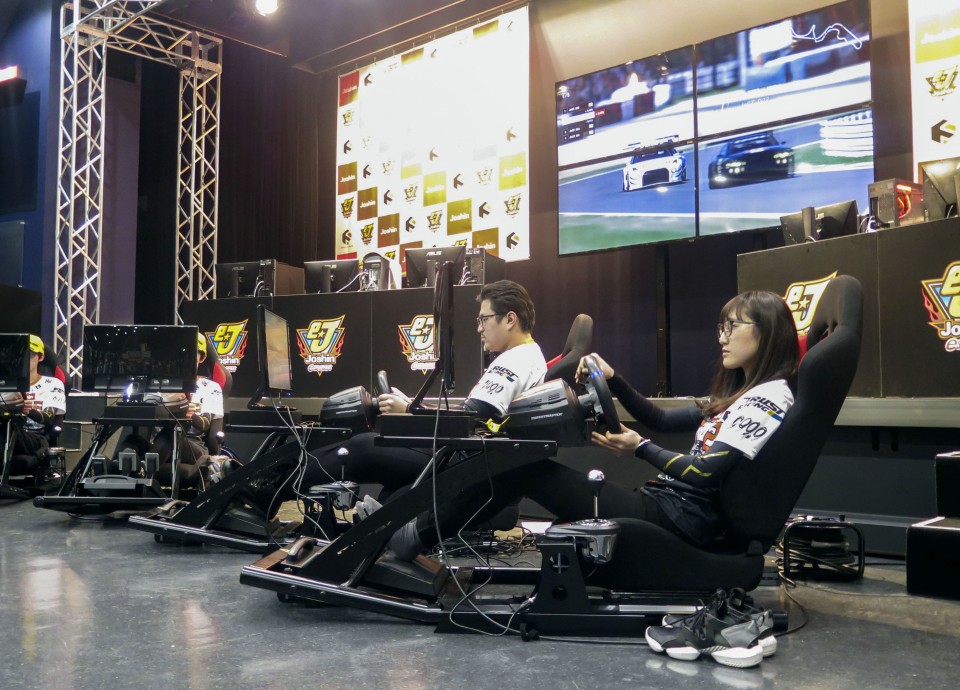 (Pro esports players demonstrate their skills at a media event in a newly opened esports facility in Kobe, western Japan, on Feb. 20, 2020.)

The Ministry of Economy, Trade and Industry will work together with companies in the gaming industry and legal experts to draw up guidelines for promoting the country's esports industry, which lacks expertise in organizing large tournaments and dealing with legal issues such as intellectual property of game developers, the sources said.

Through such collaborative efforts, the ministry expects that ticket sales to spectators of tournaments, fees for online viewing and advertising revenue, along with economic effects on local economies from hosting such events and companies supplying related equipment, would amount to at least 285 billion yen in 2025.

According to marketing research and news service company BCN Inc., the size of Japan's esports market is expected to grow from 6.1 billion yen in 2019 to 15.3 billion yen in 2023, propelled by the greater use of 5G telecommunication services and more game title providers entering the market. Its data consist of advertising revenue which accounts for about 75 percent of the market, licensing fees, media rights, ticket sales, prize money and merchandise sales.

There have been attempts at a local level in Japan to use esports for its health and social benefits.

A nonprofit organization near Tokyo, Saitama City Citizens Social Network, has established an association to organize esports events for retired residents with an aim of improving their cognitive health, claiming it is the first of its kind in the world.

In Takasaki, Gunma Prefecture, an esports event for people with disabilities was held using special controllers developed for their different individual needs.