Hakuho improved to a perfect 3-0 Tuesday at the Spring Grand Sumo Tournament, while fellow yokozuna Kakuryu bounced back from an upset loss the previous day.

Chasing a record-extending 44th top-level title, Hakuho had to work hard to defeat No. 1 maegashira Takayasu in the final bout of Day 3 at an eerily quiet Edion Arena Osaka, where spectators have been shut out as an emergency measure to combat the coronavirus.

Opening with his trademark face slap, Hakuho needed strength and footwork to overcome a determined Takayasu, who resisted being pushed over the straw before eventually succumbing to a frontal force out. 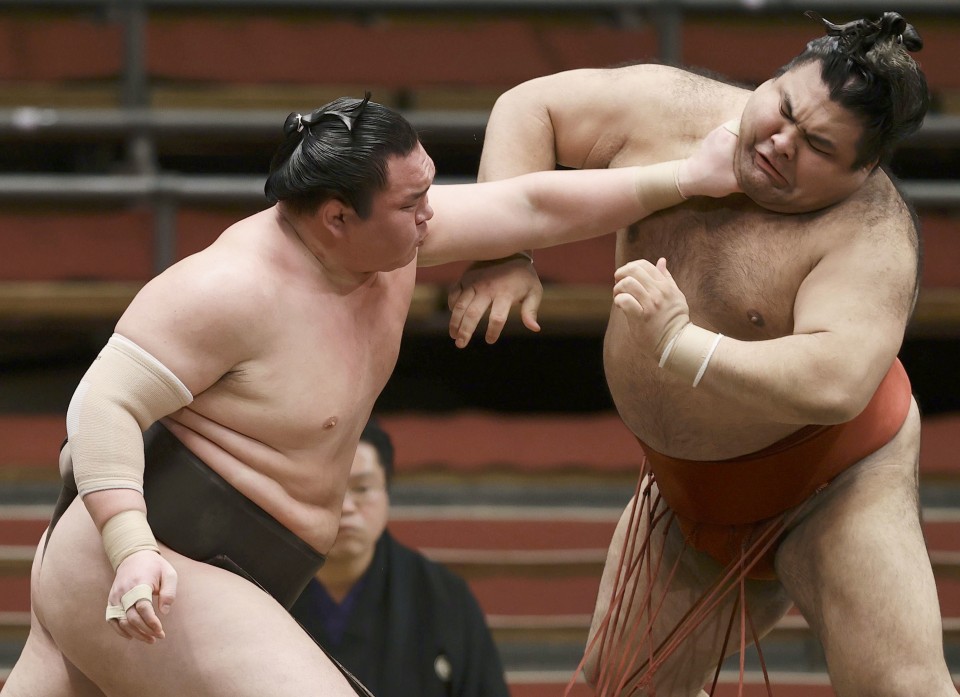 "It's a matter of looking for an opening and finding the winning move within the flow of the bout," Hakuho said.

Though Hakuho remains unbeaten, Japan Sumo Association Chairman Hakkaku was critical of the all-time championship record-holder's performance at the tournament so far.

"It took him a little while (to win today). He doesn't seem to be in great shape and lacks dynamism. He's taking a long time thinking things through," Hakkaku said.

Kakuryu (2-1) made short work of No. 2 Okinoumi, getting both an inside and outside grip before forcing the maegashira out backward.

"I took a strong belt grip and was able to keep my concentration," Kakuryu said.

The convincing victory was a welcome result for the 34-year-old yokozuna, who has failed to finish a tournament since winning the Emperor's Cup in Nagoya last July.

With both of the Mongolian-born grand champions returning from injury at the current 15-day meet, Kakuryu stoked concerns about his health when he was overpowered by komusubi Hokutofuji on Day 2.

"Kakuryu has had difficulties with his initial charge. When he makes a strong charge like today, he has good results," Hakkaku said. 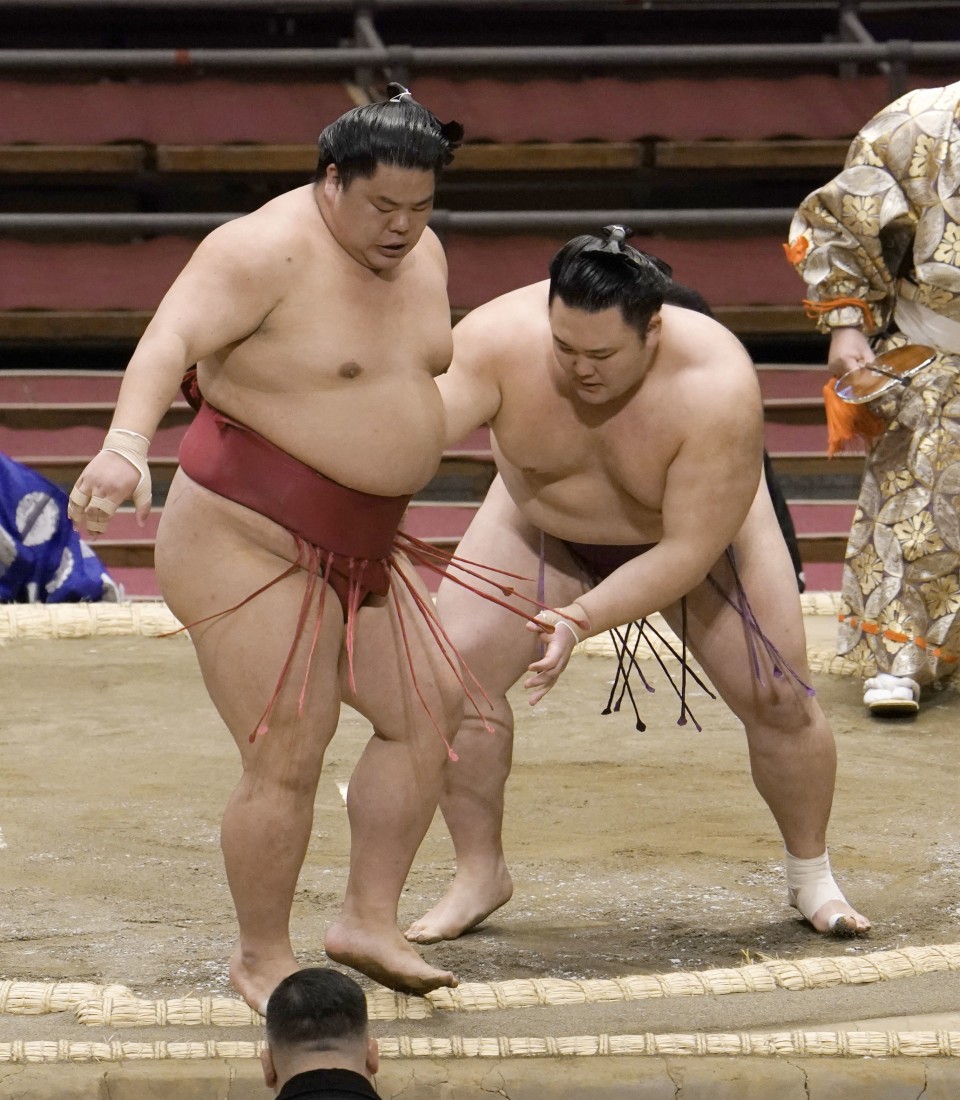 Takakeisho (2-1), the sole ozeki in competition, was back among the winners following a surprise defeat the previous day.

The 169-kilogram powerhouse, who is eyeing a second makuuchi title, blew away komusubi Endo (1-2) in a forceful display.

After an exchange of blows, the ozeki delivered one powerful thrust to knock Endo off balance and then another to send him out of the ring.

Sekiwake Asanoyama, tipped as a contender before the tournament, improved to 3-0 by beating No. 1 Daieisho for the third meeting in a row.

Daieisho (0-3) delivered a heavy hit to start the bout, but Asanoyama showed impressive strength as he rallied back and pushed the former komusubi out.

Sekiwake Shodai (2-1) took his first loss of the meet against No. 3 Mitakeumi, who is seeking to return to the three "sanyaku" ranks below yokozuna.

Mitakeumi hit hard and low, then maintained his drive as Shodai tried to sidestep. The former sekiwake repelled a belt hold before pushing his way to the win.

A day after beating a grand champion for the first time while fighting from sanyaku, Hokutofuji handed a third straight loss to No. 2 Tokushoryu.

Hokutofuji (2-1) opened with a hard charge and kept up the momentum as he thrust the surprise winner of the New Year meet toward the straw. Tokushoryu (0-3) yanked Hokutofuji down by the arm while retreating, a technique that worked like a charm for him in January, but was out of the ring by the time the komusubi hit the ground.