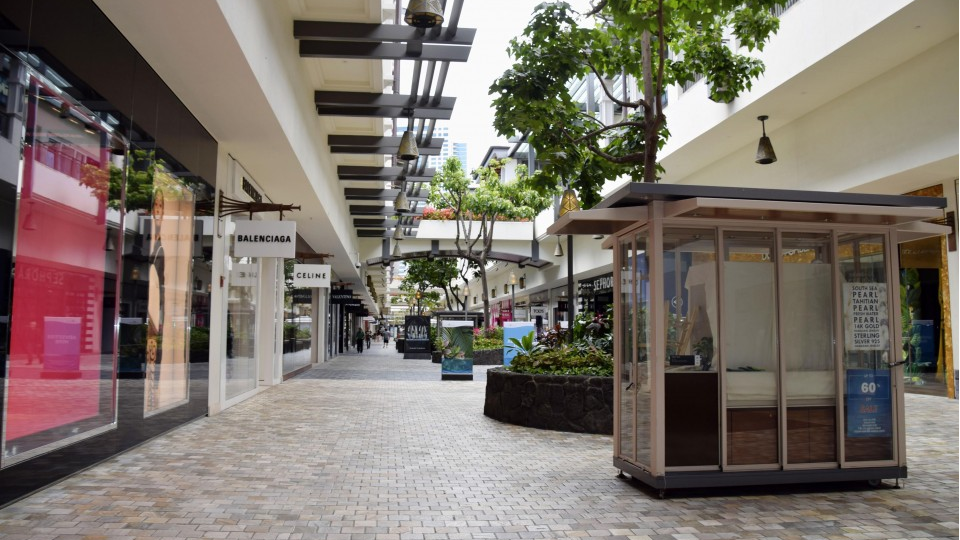 SYDNEY - As the coronavirus pandemic continues to test health care systems of some of the world's wealthiest nations, vulnerable Pacific island countries are closing their borders and preparing themselves for potential outbreaks in the region.

Already, confirmed cases in the Pacific are climbing toward 200, with the majority being recorded in Hawaii, Guam, French Polynesia and New Caledonia -- all of which are territories of larger, more-developed nations.

However, five confirmed cases in Fiji and another in Papua New Guinea have highlighted the potential of the fast-spreading respiratory virus to devastate the developing nations' weak health care systems if not contained.

Countries such as the Federated States of Micronesia and the Marshall Islands have sealed their borders completely. Samoa, Papua New Guinea, Tonga, Vanuatu and Tuvalu have all declared states of emergency, even though most have not recorded any confirmed cases of the virus.

Komai, who was repatriated on one of the last scheduled flights from Samoa before the country went into lockdown, said that despite having a comparatively robust health care system, Fiji would not be able to cope with a large outbreak.

However, she said the stakes are even higher for smaller countries in the region.

"They have the same challenge that we have here, but on a bigger scale for them," she said. "At least we have our (coronavirus) testing facility here, we have flu clinics, we have our quarantine hospitals. But if you're looking at Nauru, Tuvalu, Kiribati, they only have one major hospital."

"And if, God forbid, if there's going to be a case, in Tuvalu for example, it would overwhelm its whole health system," she said, pointing out that the national hospital in Tuvalu has fewer than 100 beds.

The impact of a localized epidemic in the Pacific was seen in late 2019 when a measles outbreak in Samoa killed 81 and infected more than 5,600 people. The epidemic forced the country of fewer than 200,000 people into a six-week-long state of emergency as the government rolled out a vaccination drive in a bid to push immunization rates to close to 95 percent.

"Thanks to the measles epidemic, Samoa has had a preview of what an outbreak could look like," said Alexandre Dayant, research fellow at the Australian Lowy Institute think tank. "You want people to respect the measures the government applies and so I think in Samoa they've had an advantage compared to other countries in the Pacific."

However, it's not just the potential health care emergency that faces small island states. Dayant said Pacific countries will likely face significant economic challenges as traditional development partners such as Australia, New Zealand and France face their own health and monetary crises.

"The reality is we're going to face a massive economic downturn and that means we're going to have less domestic resources and at some point we will see the aid budget slashed in the medium-long term," he said. "The pandemic is a justification for countries to be more inward-looking."

Dayant admitted that as China emerges from its own domestic epidemic, there could be potential for Beijing to further its soft-power influence in the region if traditional development partners are unable to provide support.

"The major players are not withdrawing completely from the region, they know they have a responsibility...But if it were to become dramatic in Australia or if there were a shutdown of the whole economy and the aid is totally slashed, then it would definitely leave space for China to play a role," he said.

The Sydney-based research fellow said medical teams in China have already engaged directly with Pacific countries and organized video conferences to provide advice on how to tackle the virus.

Similarly, he said China could potentially supply personal protective equipment like masks to the region, as it has already done in Europe.

Another area of concern for Dayant is the future of the global tourism industry. In economies such as the Cook Islands, tourism accounts for approximately 70 percent of gross domestic product and employs a significant proportion of the population.

Similarly, the global cruise industry will likely see a slowdown following well-publicized coronavirus outbreaks on ships such as the Diamond Princess, where over 700 were infected while kept in quarantine off Yokohama.

Cruise tourism provides essential income for countries such as Vanuatu, a popular cruise destination for tourists from Australia and New Zealand. A 2014 study found that the industry generated A$53.2 million (about $32 million) in annual economic benefits for the small island nation.

However, it is not all bad news for the Pacific.

While geographic isolation is often a challenge for island states, Dayant believes their relative isolation, combined with early and decisive action to declare states of emergency and tighten border security, will help shield some of the most vulnerable countries from the pandemic.

"The outbreak is still not enormous in the region, and hopefully it stays like that," he said.

92 from Chicago let in at Narita airport without quarantine request