The Maritime Self-Defense Force on Thursday put into commission its newest Aegis-equipped destroyer, the first of its vessels to be equipped with an improved antiballistic missile jointly developed by the United States and Japan.

The Maya, capable of countering short- to intermediate-range threats with the Standard Missile-3 Block IIA interceptor, was handed over to the Defense Ministry by Japan Marine United Corp. at a ceremony held at a shipyard in Yokohama, south of Tokyo. 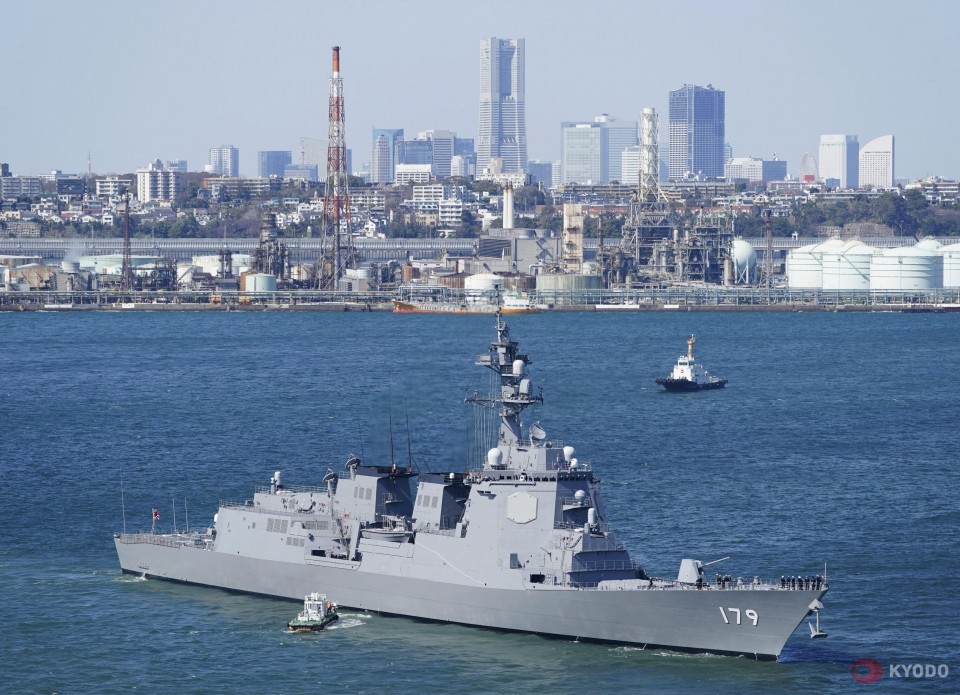 "I expect (the ship) to lead our comprehensive missile air defense capabilities," Japanese Defense Minister Taro Kono said aboard the destroyer at the ceremony.

As part of measures to prevent the spread of the novel coronavirus, guests were not invited to the ceremony and all of the some 100 attendees wore protective face masks.

The interceptor has improved maneuverability and offers wider defensive coverage compared to previous missiles carried by Aegis destroyers, according to the MSDF.

The Maya, an 8,200-ton vessel measuring 170 meters in length, is also equipped with a Cooperative Engagement Capability system capable of ascertaining the positions of missiles and airplanes and sharing them with U.S. forces and other allies.

The country's seventh Aegis destroyer, it cost around 172 billion yen ($1.6 billion) to build and will be deployed at the MSDF's base in Yokosuka, Kanagawa Prefecture.

Once the Aegis destroyer the Haguro also goes into service in March 2021, Japan will have assembled its eight-vessel Aegis fleet as set forth in the National Defense Program Guidelines in December 2013. 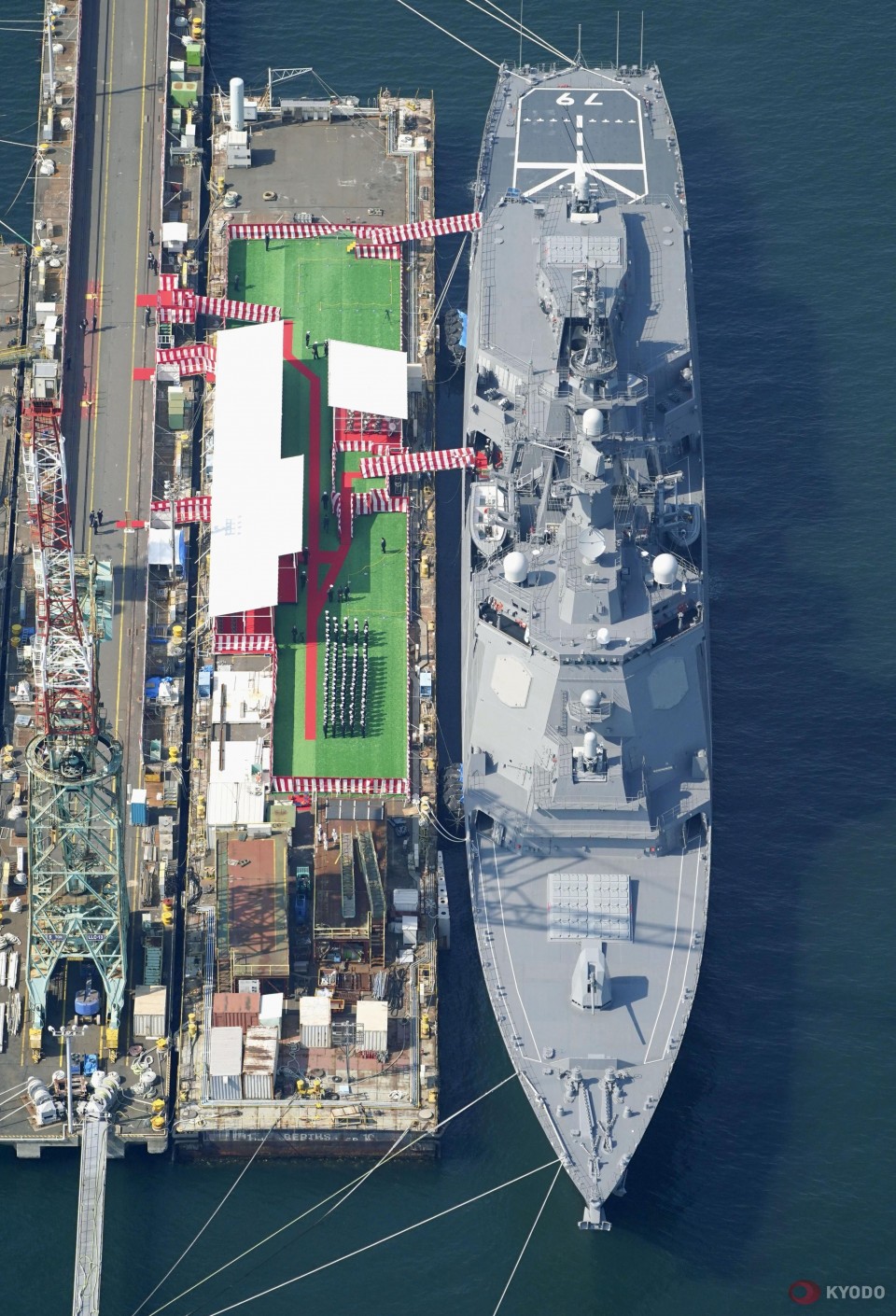 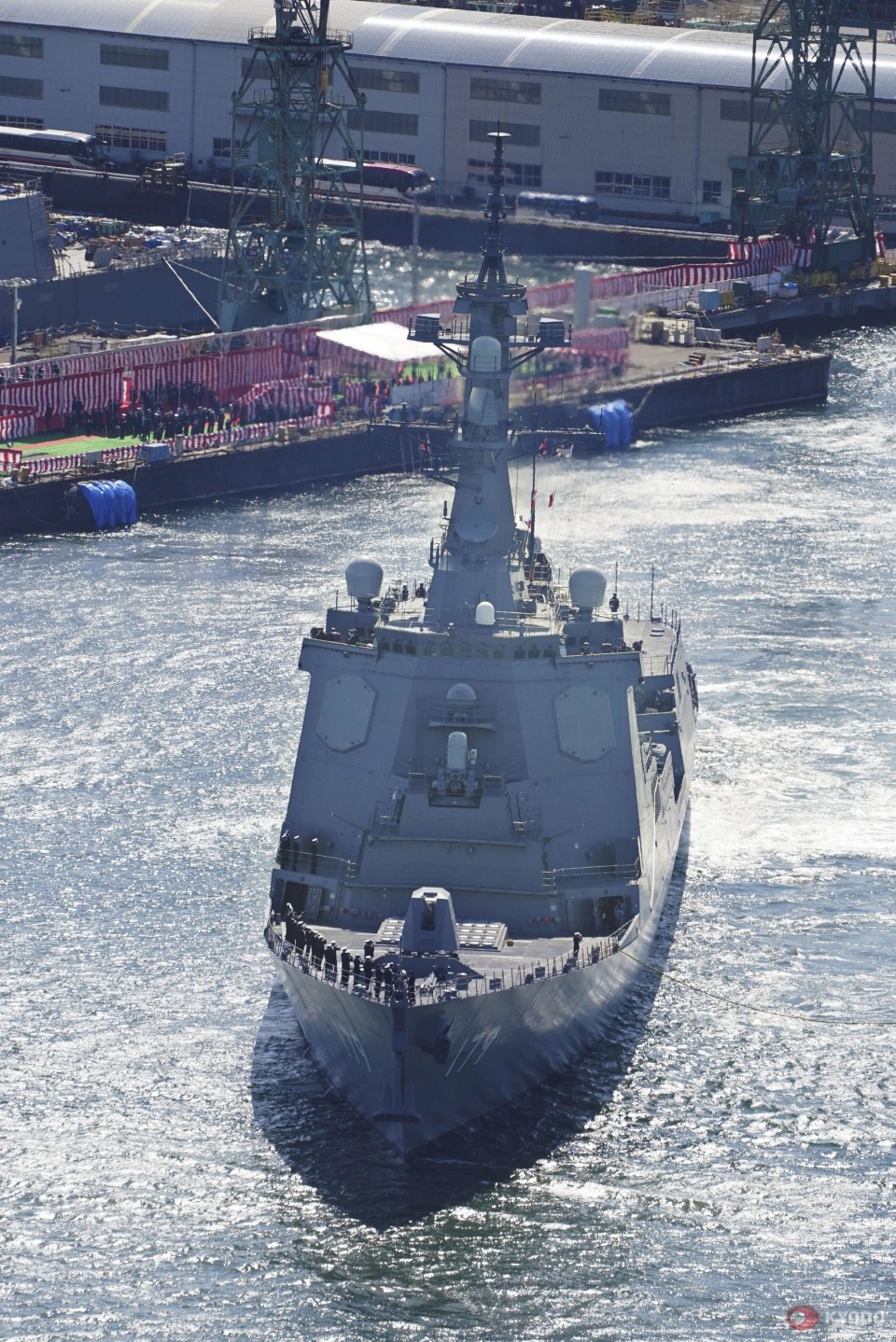