Churches and mosques are adopting new measures to conduct weekly religious ceremonies so as to prevent the spread of the novel coronavirus among worshippers.

Some religious institutions have decided to close their doors and broadcast services over the internet, while others are conducting services for small groups only.

The Catholic Archdiocese of Tokyo has suspended Sunday public masses through the rest of March, deciding instead to livestream them.

"It is an unusual measure, but we made the decision to prevent the spread of the coronavirus," said an official. 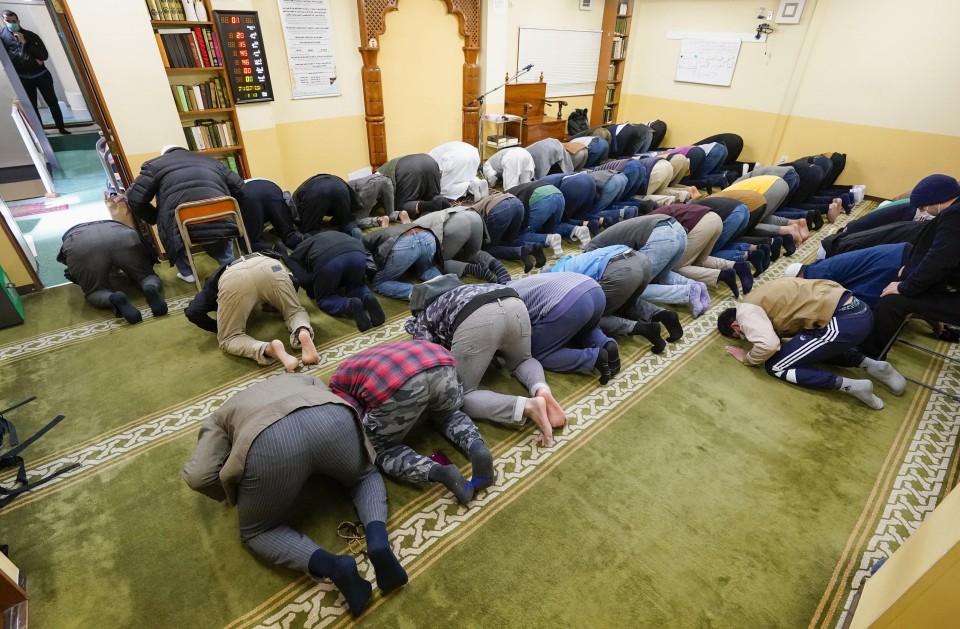 (Worshippers attend Friday prayers in small groups at a mosque in Tokyo's Toshima Ward on March 13, 2020.)

The decision was made as many of its parishioners are of advanced age and thus considered some of the most vulnerable to the pneumonia-causing coronavirus, which originated in China.

It also decided that it would have been hard to limit the size of congregations, as tourists also attend mass.

"Let us pray for the coronavirus to stop spreading," said a priest, as Sunday mass at Sekiguchi Church in Tokyo's Bunkyo Ward livestreamed on Youtube, with only nuns in attendance.

"Amen," parishioners typed in individual responses, instead of intoning as a group as usual.

"I was surprised because cancelling mass is unprecedented, but I am thankful that I can participate in this fashion," said Kuniko Yoshioka, 60, who watched it on her computer at home.

The Japan Muslim Association said all public Friday prayer services at a mosque in Tokyo's Shinagawa Ward would be cancelled, and has not decided when they will resume.

At Otsuka Mosque in the capital's Toshima Ward last Friday, worship continued but in small groups with attendees wearing masks.

Usually around 300 people attend Friday prayers, but the mosque decided to hold multiple services to reduce numbers gathering at one time from Feb. 28. Last Friday, prayers were held in groups of around 50 people.

Announcements were made before the prayers calling for the faithful to greet each other with elbow bumps instead of hugging or shaking hands.

"I suspect few people oppose infectious disease control measures, since we are used to washing our hands and feet to purify our bodies before prayers," said Haroon Qureshi, the mosque's secretary general.