The ongoing coronavirus outbreak forced organizers to limit entry to around 200 elite competitors, including wheelchair athletes.

The organizers made the drastic decision last month to scale back the race, meaning around 38,000 general category runners, many of whom had entered via lottery, were no longer able to compete.

They also removed viewing stands and asked spectators to refrain from gathering in large groups along the course of the marathon, which took place in an unusually subdued atmosphere.

According to the organizers, around 72,000 spectators watched along the route in central Tokyo, down from roughly 690,000 last year. Many of them wore protective face masks as they cheered. 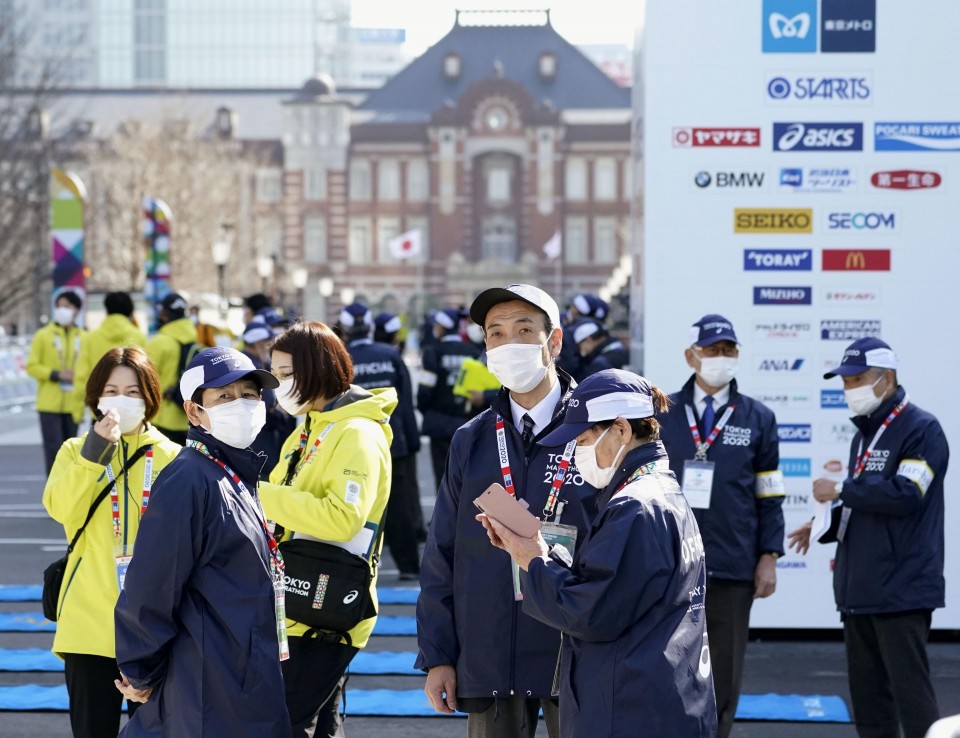 Only a tenth of the usual number of volunteers were involved, while promotional events normally held in conjunction with the marathon were canceled altogether.

The 25-year-old Legese crossed the finish line in a time of 2 hours, 4 minutes, 15 seconds. Belgium's Bashir Abdi was second in 2:04:49, edging out third-placed Sisay Lemma of Ethiopia by 2 seconds.

Osako knocked 21 seconds off his own national record to finish in 2:05:29 and give himself a strong chance of qualification for the July 24 to Aug. 9 Tokyo Olympics.

"It has been a tough and lonely battle since finishing third (at the national team qualification event), so it was good to run strongly this time," Osako said. 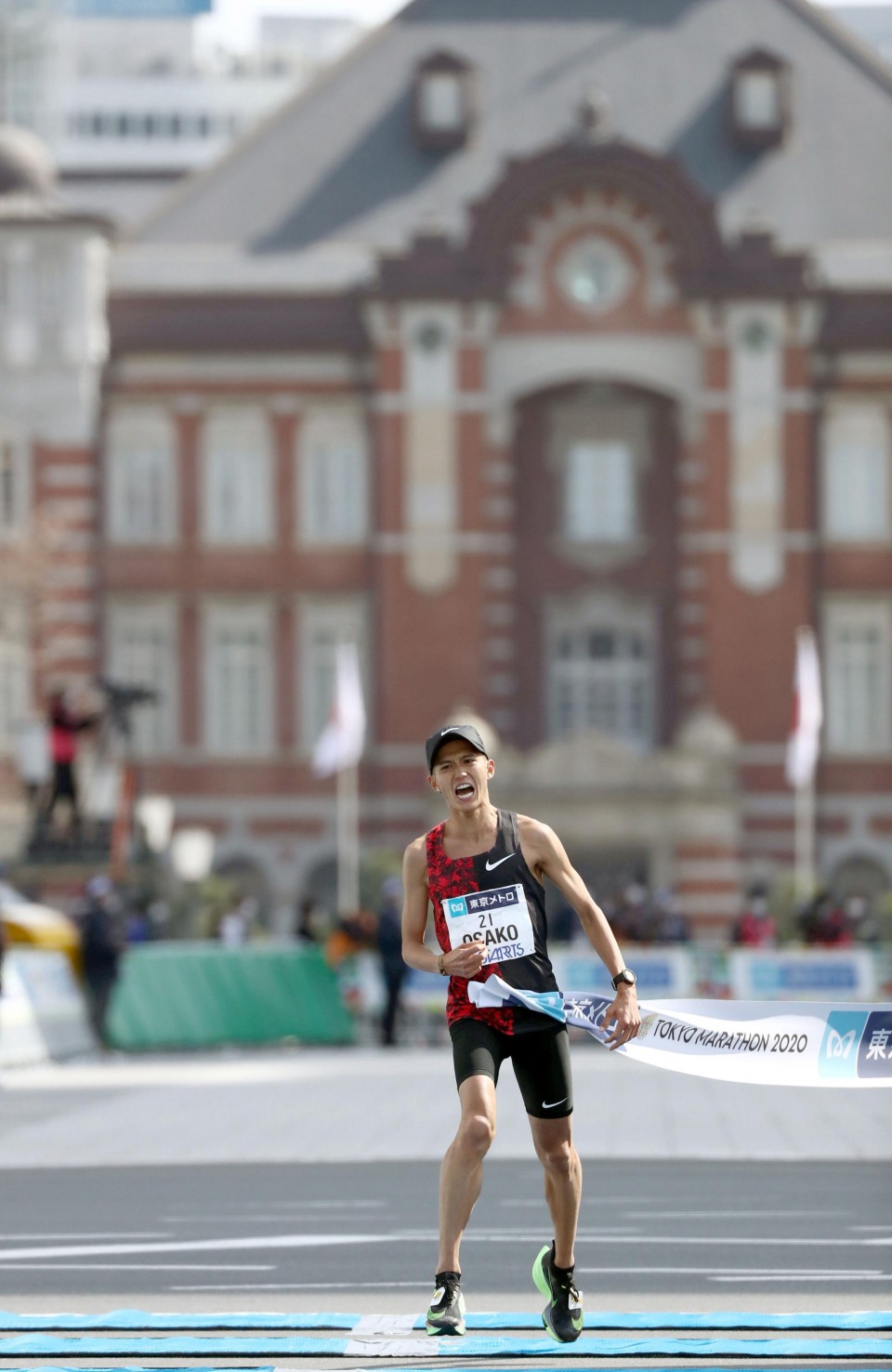 "There were ups and downs. After around 20 or 21 kilometers, when the leading group made its move, I wasn't sure I could do it, but I trusted myself to stay at my own pace. I did the best I could."

The final Olympic selection race, the Lake Biwa Marathon, will take place next Sunday. If no Japanese runner beats Osako's time, the 28-year-old will clinch the final spot on the national team.

Osako was matter of fact when asked about the unfortunate scaling back of the race.

"It's hard to put in words," he said. "My sole desire was to focus on the race since it was being held."

One spectator who watched in running gear, 53-year-old Hideaki Kotani, had intended to compete for the first time.

"I think the decision couldn't be helped, but it was so disappointing and I couldn't stay away," he said. 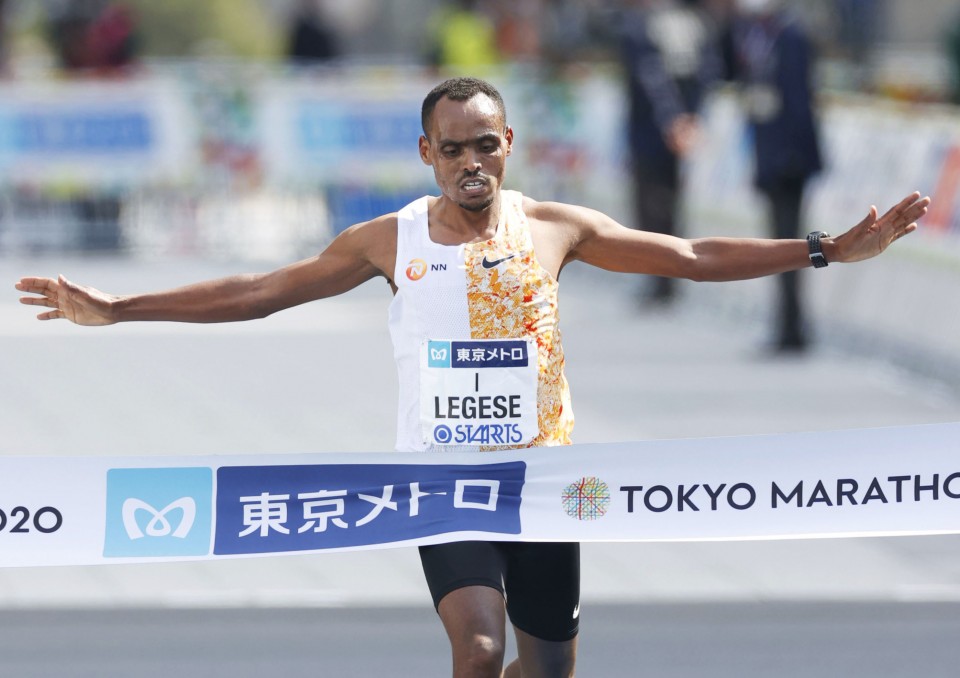