China on Friday reported 143 new coronavirus infection cases, mostly in the hard-hit province of Hubei, with nearly all of those confirmed elsewhere in the country being imported.

The rise in cases entering from overseas has prompted the authorities to step up measures targeting returnees from abroad. 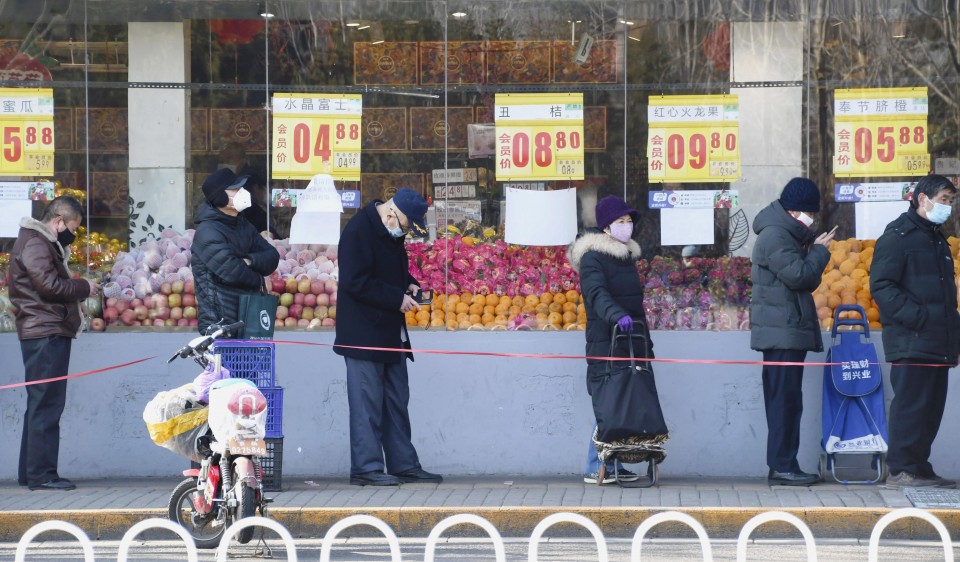 (People keep their distance as they wait in line to enter a fruit store in Beijing on March 5, 2020, to avoid infection from the new coronavirus.)

The National Health Commission said the nationwide caseload is now 80,552, with the death toll having reached 3,042, up 30 from a day earlier. All but one of the latest deaths occurred in Hubei.

Of the 17 newly confirmed infections outside of Hubei, 16, including four in Beijing and one in Shanghai, were reported in passengers arriving from Iran and Italy, according to commission. The total number of imported cases so far stands at 36.

In addition to the one case in Shanghai announced by the NHC, authorities in the financial center later Friday reported that three Chinese students who returned from Iran had tested positive.

In order to contain the virus from spreading inside China, the Foreign Ministry and the Civil Aviation Authorities have formulated robust arrangements, he added.

Earlier this week, Beijing, Shanghai and Guangdong authorities announced the enforcement of a 14-day quarantine and observation for those traveling from severely infected countries, including Japan, South Korea, Iran and Italy.

Stressing the risks of imported infections, Beijing's municipal government said the capital is now at its "most critical point" in its prevention and control efforts. About 827,000 returnees are currently undergoing a two-week quarantine, the city government said during a press briefing.

Of the newly confirmed cases reported Friday, Wuhan, Hubei's provincial capital at the center of the outbreak, accounted for 126, with none reported elsewhere in the province.

China's nationwide virus numbers have been on a steady downward trend, with nearly 54,000 COVID-19 patients discharged from hospitals after completing treatment, according to the health authorities.