The flame for this summer's Tokyo Olympics left for Japan on Thursday after it was handed over by Greece at a drastically scaled-down ceremony, amid increasing fears over the spread of the new coronavirus.

The Greek Olympic committee passed the flame to the Tokyo organizers, who were without a team of high-ranking Japanese officials and former athletes originally scheduled to attend the ceremony at the Panathenaic Stadium in Athens.

The chartered aircraft carrying the flame will arrive at Japanese Air Self-Defense Force base in Matsushima, Miyagi Prefecture, on Friday.

In front of rows and rows of empty seats at the historic stadium, former swimmer Naoko Imoto, who competed for Japan at the 1996 Games, received the torch from Greek Olympic committee chief Spyros Capralos on behalf of the Japanese organizers.

"Let us hope that the Olympic flame, the symbol of peace and solidarity, will extinguish the virus and defeat it," Capralos said. 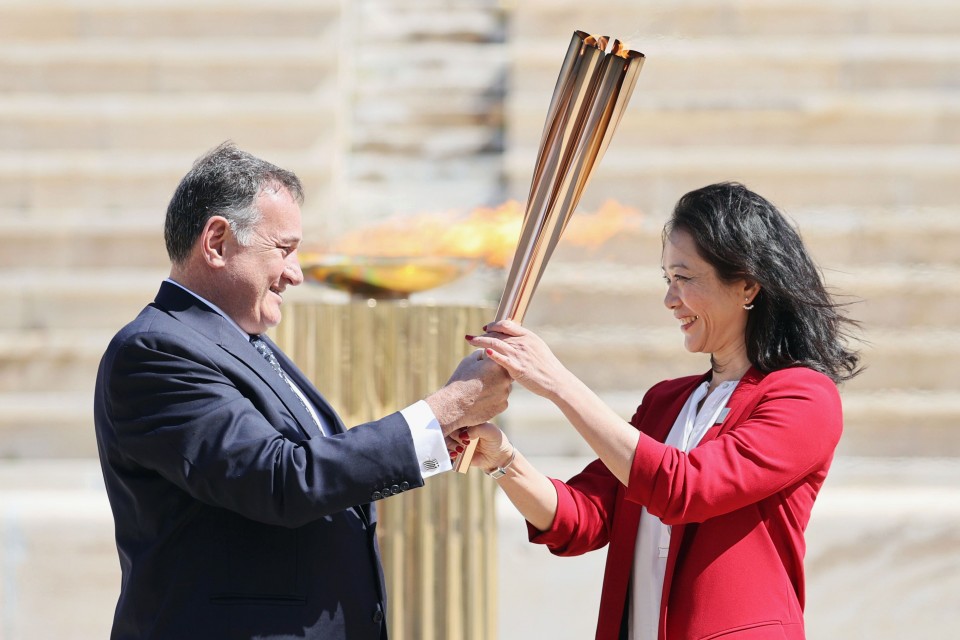 Ahead of the handover, men's gymnast Eleftherios Petrounias passed the flame to a fellow Greek Olympic champion, women's pole vaulter Katerina Stefanidi. The few officials in attendance kept their distance from one another as a precaution against the virus.

The ceremony at the main venue of the first modern Olympics in 1896 was held without spectators, as was the flame-lighting ceremony a week earlier in ancient Olympia that marked the start of the torch relay.

The torch relay, which has the theme of "Hope Lights Our Way," will resume in Japan next week as the world struggles to contain the pneumonia-causing virus.

"I hope the flame will brighten people's hearts all across Japan, and that will shake off the dark clouds hanging over the earth and lead to the excitement of the Olympic Games," Tokyo organizing committee President Yoshiro Mori said in a video message from Japan.

Just a day after the lighting ceremony, the Greek Olympic committee called off the remainder of the eight-day relay through the country, after a large crowd gathered in the southern Peloponnese town of Sparta and raised worries about a potential increase in infections.

With infections of the virus now confirmed in more than 160 countries and territories, the flame -- which was initially set to pass through 31 cities and 15 archaeological sites in Greece, covering 3,500 kilometers with the involvement of 600 torchbearers -- had remained at the stadium since Saturday.

The handover ceremony was held as Olympic and Japanese government officials have insisted the quadrennial sporting event will begin as planned on July 24. 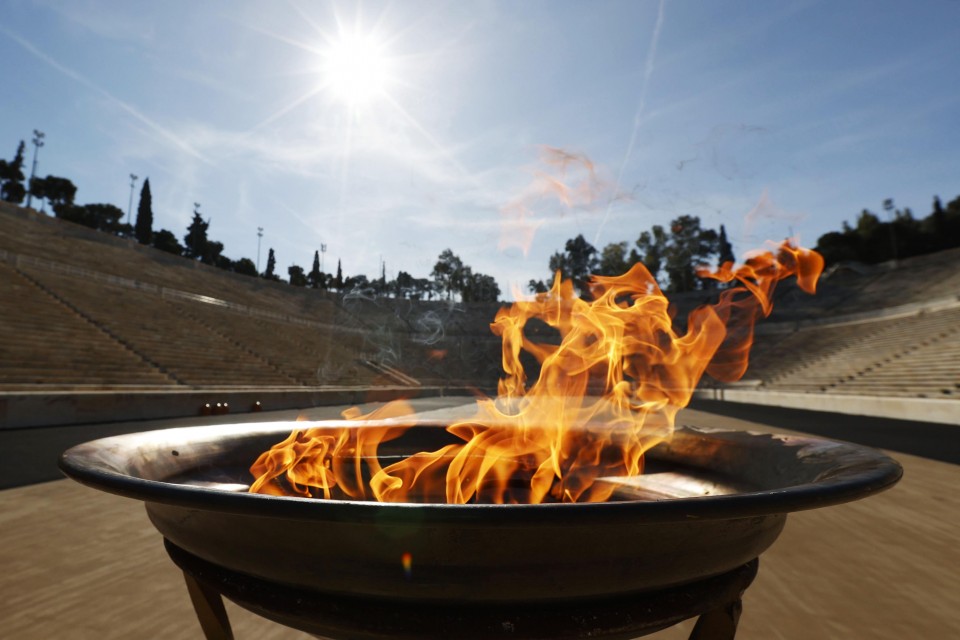 However, speculation is rife it could be canceled or postponed, especially as a number of Olympic qualifiers have been put on hold.

International Olympic Committee head Thomas Bach has said the IOC will continue to follow advice from the World Health Organization, which has characterized the spread of the virus as a "pandemic."

Nomura and Yoshida were to run inside the venue with the torch, but all pre-arranged major programs, including a Japanese cultural performance, were scrapped.

Instead, Imoto, who resides in Greece for her work with UNICEF, was tapped at the last minute to accept the flame. 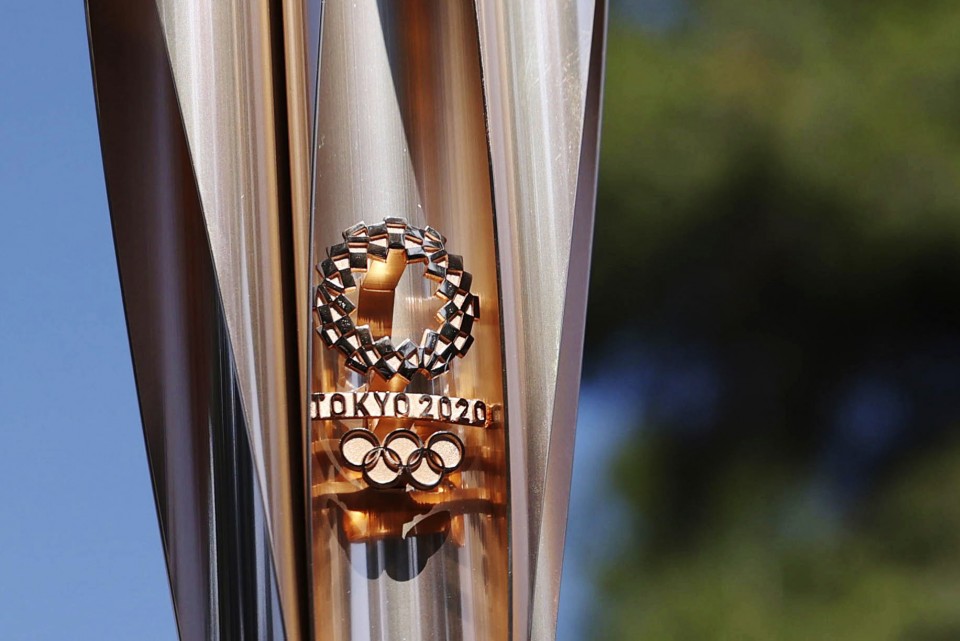 After its arrival in Japan, the flame is set to be put on public display in the prefectures of Miyagi, Iwate and Fukushima, hardest hit by the natural disaster, for two days each before the start of the relay.

The 121-day Japanese leg will kick off on March 26 in Fukushima at the J-Village soccer training center, which served as a frontline base of operations to battle the nuclear crisis caused by the disaster.

However, the kickoff ceremony will be held behind closed doors because of the coronavirus, following which members of the Nadeshiko Japan soccer team, who won the Women's World Cup in 2011, will begin the domestic leg of the relay dubbed the "Flame of Recovery."

The 71-centimeter torch, bearing the motif of Japan's iconic "sakura" cherry blossoms, will then journey through each of the remaining 46 prefectures in the country as it heads toward Tokyo, which will host the Summer Games for the second time, the first being in 1964. 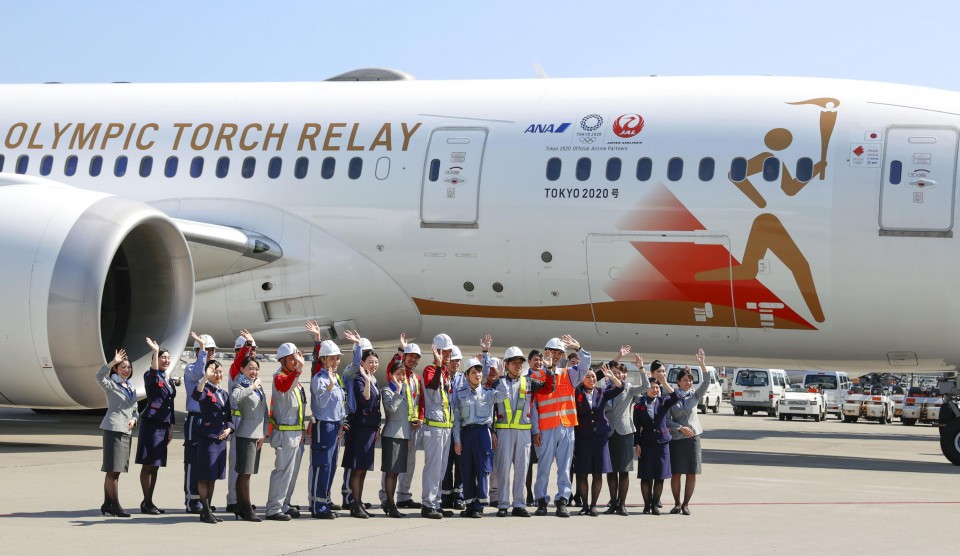