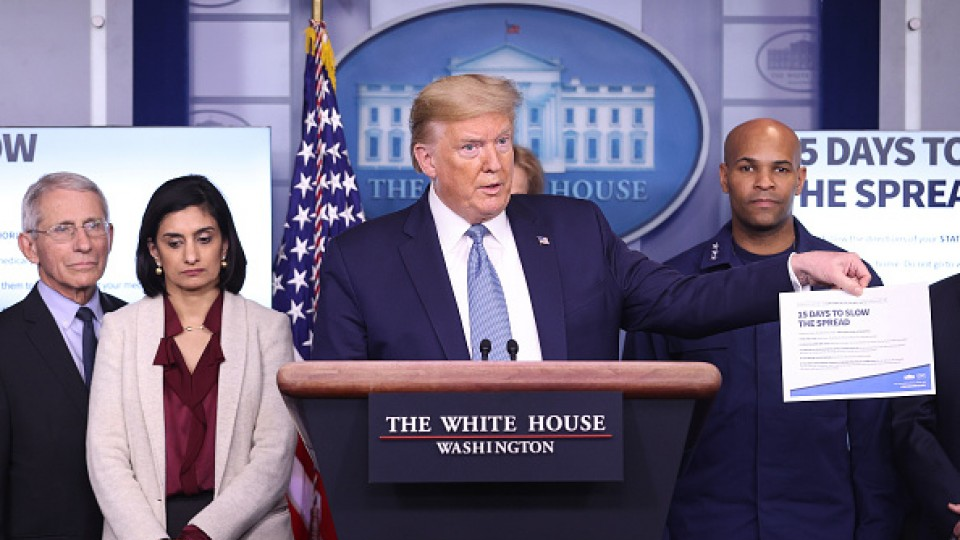 WASHINGTON - U.S. President Donald Trump said Monday he does not want to see the coronavirus pandemic fuel racism against Asian Americans, even as he faces criticism for doing just that by describing it as the "Chinese virus."

"The spreading of the virus is not their fault in any way, shape or form," he said at a press conference, amid reports that Chinese Americans or those of Asian appearance are expressing fear of verbal and physical attacks as the spread of the virus, which first hit China, causes major disruption to society and the economy in the United States.

"It's very important that we totally protect our Asian American community in the United States, and all around the world," the president said, adding, "There could be a little bit of nasty language toward the Asian Americans in our country, and I don't like that at all."

But in Geneva, Trump was singled out by U.N. Special Rapporteur on racism Tendayi Achiume as among a cohort of government officials whose behavior could contribute to xenophobia and racial discrimination.

"It's dismaying to witness state officials -- including the president of the United States -- adopting alternative names for the COVID-19 coronavirus," Achiume said in a statement released Monday.

"Instead of using the internationally recognized name of the virus, these officials have adopted names with geographic references, typically referring to its emergence in China," she said.

"This sort of calculated use of a geographic-based name for this virus is rooted in and fosters racism and xenophobia," she said, noting people who are perceived to be or are of Chinese or East Asian descent have been subject to racist and xenophobic attacks related to the virus over the past two months.

The attacks have ranged from hateful slurs to denial of services to brutal acts of violence, the statement said.

Trump has repeatedly called the new coronavirus that has raged worldwide the "Chinese virus," apparently upset by a Chinese Foreign Ministry spokesman who recently said on Twitter that it might have been the U.S. military that brought the epidemic to China.

He has insisted that it is "a very accurate term" because he has to call the virus from "where it came from," shrugging off criticism that the phrase creates a stigma.

U.S. calls for postponement of Tokyo Games due to virus outbreak