U.S. President Donald Trump on Tuesday suggested that his administration may consider expanding travel restrictions to countries including Japan to counter the spread of the new coronavirus.

"We're watching Italy very closely, South Korea very closely, even Japan very closely, and we'll make the right determination at the right time," Trump said in response to a reporter's question about the possibility of cutting off travel to and from South Korea and Italy, two countries hit hard by the deadly virus. 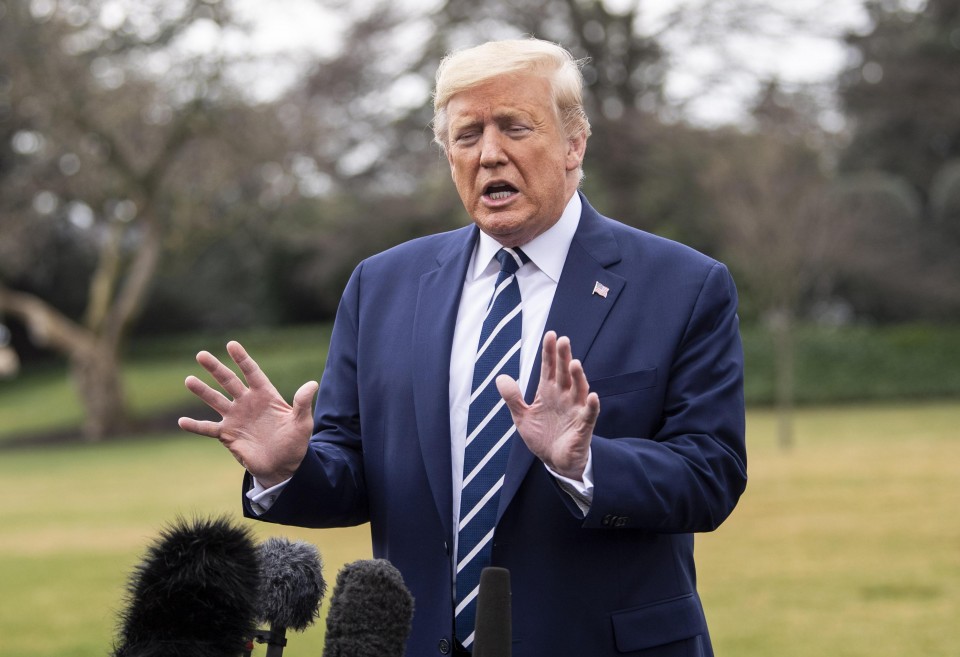 The U.S. government has so far barred the entry of foreign nationals who have visited mainland China, where the virus originated, or Iran, which has also seen a major outbreak, within the past 14 days.

As for travelers from the United States, the government in late February raised its alert for Japan to level 2 on the four-level advisory scale, calling for "increased caution."

Japan has confirmed around 1,000 infection cases, although a large portion of them were crew members or passengers on the Diamond Princess, a cruise ship that saw the transmission of the virus while it was quarantined near Tokyo.

With less than five months left before the start of the Tokyo Olympics, Trump said it is up to Japan whether to decide to hold the event as planned.

"I think I'm going to leave that to Prime Minister (Shinzo) Abe. He's a friend of mine. He's built a beautiful venue...They've spent billions of dollars," he said.

The president sounded less upbeat than in late February when he told reporters that he hopes Tokyo will host the Olympics, which run from July 24 to Aug. 9.

U.S. travel advisories for South Korea and Italy are now at level 3, which calls for citizens to "reconsider travel," while parts of the two countries are designated as level 4, which asks that citizens "do not travel" there.