The Imperial Household Agency said Monday it has canceled a public birthday event for Emperor Naruhito at the Imperial Palace scheduled on the weekend due to concern it could contribute to spread of the new coronavirus.

The birthday address on Sunday would have been the first by the emperor, who will turn 60, since his accession to the throne last May 1. His father, former Emperor Akihito, became the first Japanese monarch to abdicate in over 200 years when he stepped down on April 30.

Emperor Naruhito and Empress Masako were originally scheduled to greet the public three times on Sunday morning from a balcony in the palace's Chowa-Den wing, together with Crown Prince Fumihito and his wife Crown Princess Kiko and their daughters Princess Mako and Princess Kako.

"We made the decision to cancel the public event at the palace, which is attended every year by many people in close proximity, after considering the risk of the virus spreading," Kenji Ikeda, vice grand steward of the agency, said at a press conference.

It marks the first time the public event, including the signing of the visitors' register in the afternoon, has been canceled due to public health concerns.

The emperor's birthday address was last canceled in 1996 according to the wishes of then Emperor Akihito due to the hostage crisis at the Japanese Embassy in Peru.

The agency made the decision to cancel the event despite the government stance that it was not necessary to go to such measures, said Ikeda, adding the imperial couple has been informed of the cancellation.

Private celebrations hosted by the imperial family and executive government officials, including a banquet at the palace with Prime Minister Shinzo Abe in attendance, and a tea party inviting dignitaries from foreign diplomatic missions in Japan, will go ahead as planned.

Around 82,000 well-wishers visited the palace for Emperor Akihito's final birthday address from the throne in December 2018. 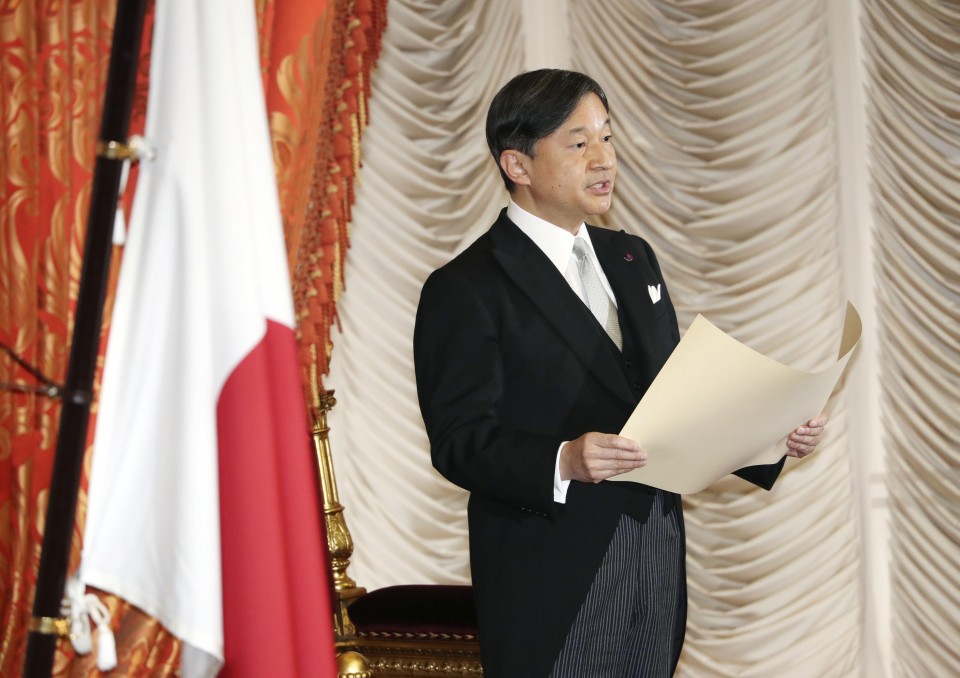