As Japan opens its doors to more and more foreign workers, harassment by Japanese employers on the basis of race or ethnicity has reared its ugly head.

While racial harassment -- including slurs, jokes, or the targeting of a person due to their race or ethnicity -- is considered offensive and often illegal in many countries around the world, awareness of the problematic phenomenon is still lacking in Japan.

Although no regulations and punishments exist to curb such behavior at Japanese companies and in society at large, more foreign residents have been speaking up in recent years about the discrimination they face, and are now calling for change.

Japanese pundits have argued in the past that the nation's "monoracial" status precludes it from the types of racism seen in the West, despite historical evidence, including discrimination against long-time resident ethnic Koreans and Chinese, to the contrary, experts say.

Although minority and progressive groups in Japan largely welcomed U.N. Special Rapporteur Doudou Diene's 2006 report on racism and ethnic discrimination that criticized the country's "deep discrimination," the report was harshly condemned by nationalists.

Julian Keane, a researcher at Osaka City University, born to an American father and Japanese mother, recalls bitter memories of his childhood. His schoolmates would often make remarks such as "Why can't you speak English?" or "It's a pity that even though you're hafu (biracial), you aren't talented in sports."

Born in Nagoya and raised in Fukuoka and Osaka prefectures, Keane, 30, studies the daily lives in Japan of biracial people and non-Japanese with roots from abroad.

Stressing the need to deepen the public's awareness of racial harassment, Keane has called for the introduction of statutory countermeasures and laws as well as the incorporation of penalties against violators into employment regulations at Japanese companies. 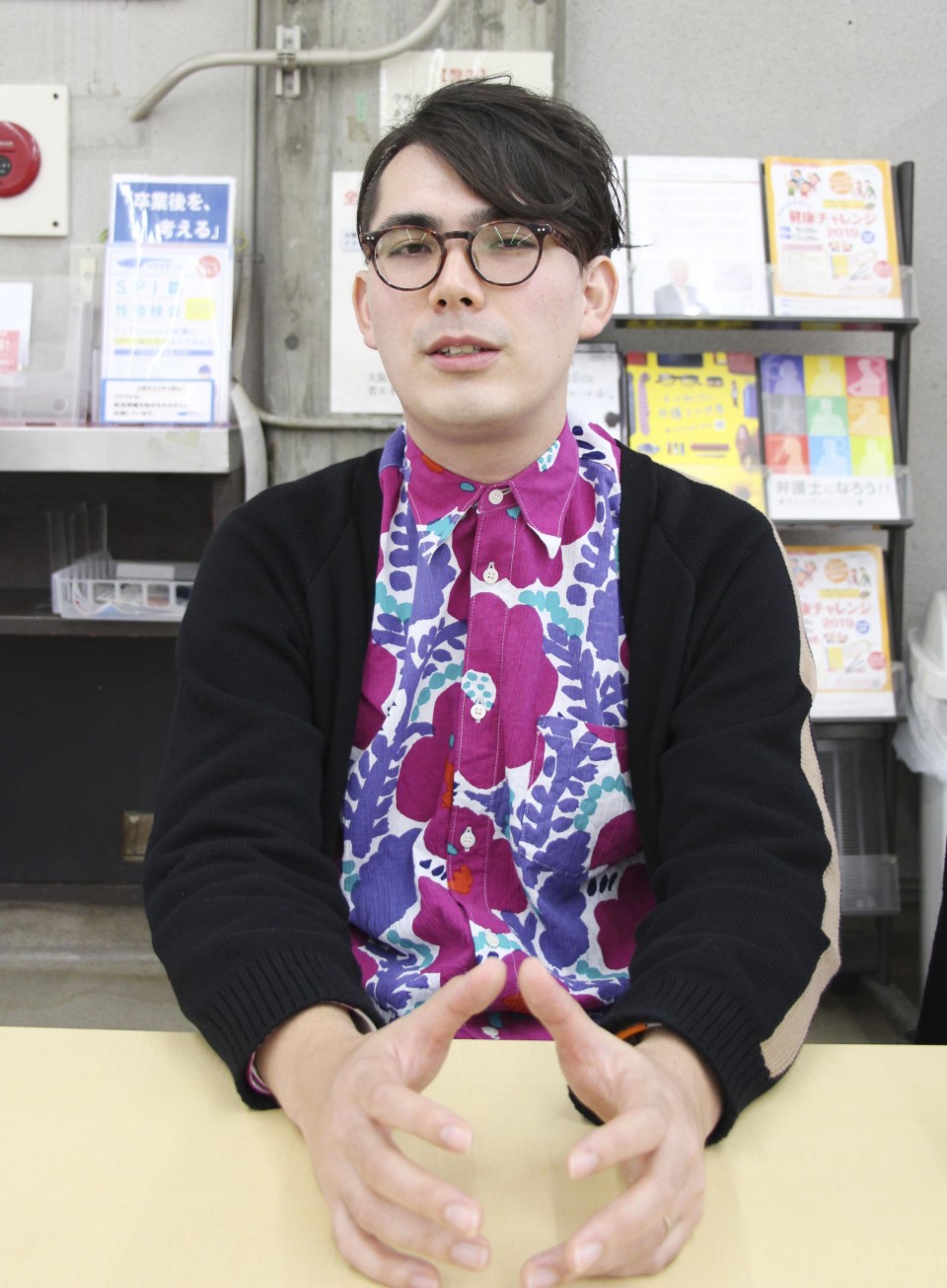 There were a record 2.73 million foreign residents living in Japan as of the end of 2018, an increase of 170,000 from the previous year, according to the Justice Ministry. Moreover, some 300,000 foreigners have obtained Japanese citizenship over the past 30 years.

In a 2016 government survey, 30 percent of foreign residents surveyed said they had "frequently" or "occasionally" been the target of discriminatory speech -- 53 percent of whom say such prejudice came from "strangers."

Furthermore, 38 percent said they were subjected to discrimination by superiors, colleagues, or subordinates in the workplace, or by their clients.

An Osaka-based nonprofit organization promoting education in hopes of fostering a multiethnic coexistence has produced a booklet and video to deepen understanding. It has also conducted fact-finding surveys regarding racial harassment.

Compared with sexual harassment and "power harassment," or run-of-the-mill workplace abuse, measures to tackle racial harassment have been relatively nonexistent.

The NPO is urging the Ministry of Health, Labor and Welfare to add racial harassment to policy guidelines under the law for women's empowerment and harassment regulations this June. Businesses, experts argue, also need to address the root causes of such biases.

Moon Gong Hwi, the secretary-general of the NPO, gave a racial harassment lecture to personnel managers at a training seminar held by the Osaka prefectural government last November.

Moon, 51, talked about speech that is used based on the assumption that all participants of a conversation are Japanese or other instances in which a specific race or ethnicity is regarded with hostility.

For example, "You understand what I mean because we are Japanese, right?" or in extreme cases, such statements as, "I hate Chinese people."

A participant of the training seminar employed as a personnel manager at a company in the service industry, said, "We want to be more conscious of creating a friendly environment for people of various roots as we continue to hire more foreign workers."

Moon admits he is fighting an uphill battle.

"There are cases in which employees were forced to relocate or even quit their job after lodging complaints about racial harassment to their companies. Businesses are being tested on how they address this issue. I hope people who witness such examples on the job come forward to voice (opposition) to this."