Wheelchair basketball's governing body must reassess the eligibility of 50 to 75 players by late May or face removal of the sport from the Tokyo Games, an International Paralympic Committee official said Wednesday.

The IPC has instructed the International Wheelchair Basketball Federation to act on concerns that its rulebook leaves open the possibility of non-eligible athletes competing in the Paralympics, IPC chief marketing and communications officer Craig Spence said.

Spence is visiting Tokyo for a two-day project review to assess the progress of preparations for the Paralympic Games, which will open on Aug. 25 in the Japanese capital.

Spence explained that the IPC has a list of 10 eligible impairments that have been approved by not only the IPC but also by the entire IPC membership.

However, he said, the IWBF had continually failed to comply with the code. Players in classes 4.0 and 4.5, for those with higher mobility, must have their eligibility reassessed by May 29. 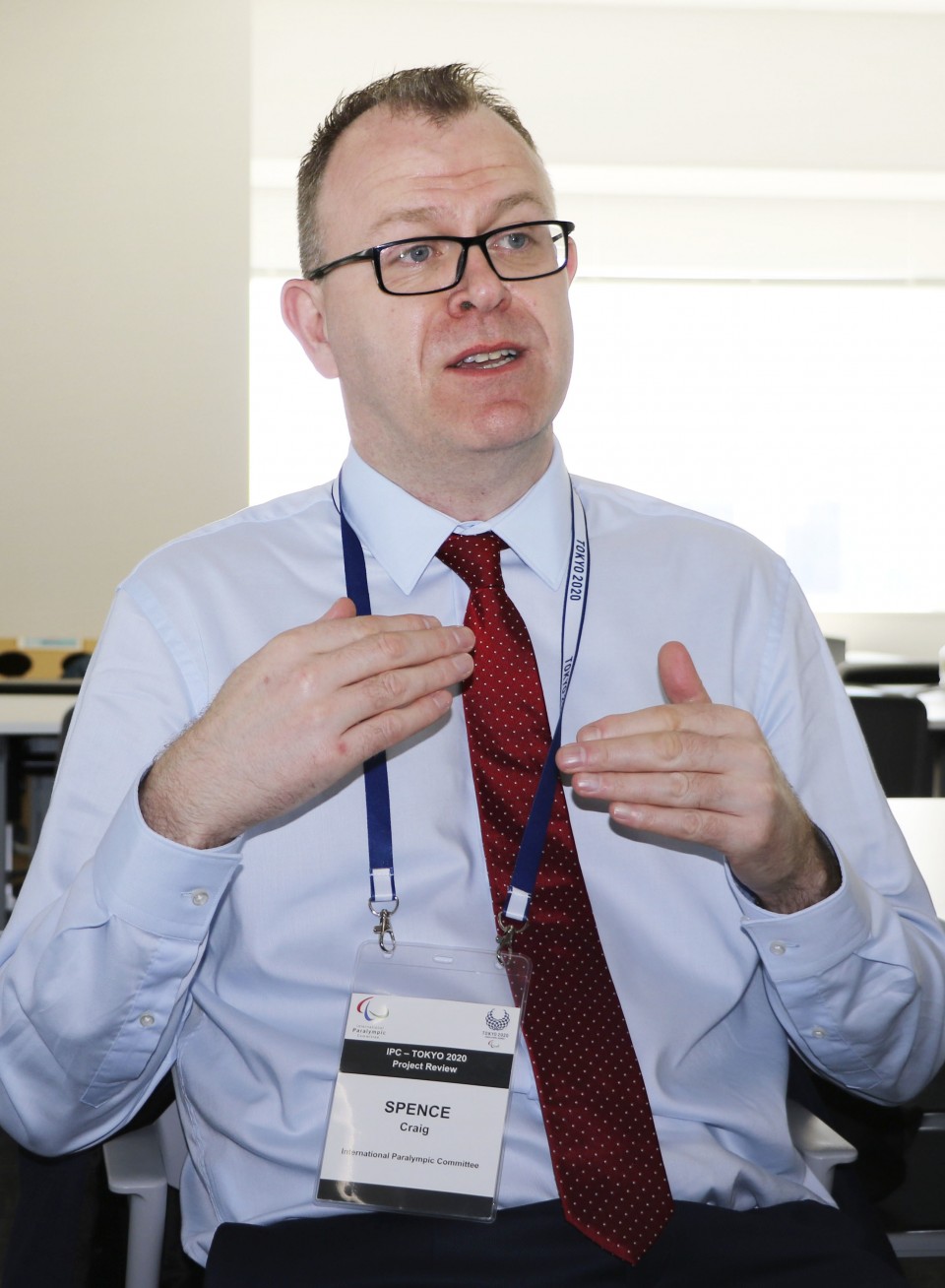 The IPC last Friday announced its decision to remove the popular sport from the Paris 2024 sport program pending full compliance with the code and warned the IWBF it could be removed from the Tokyo Games if it failed to conduct the eligibility reassessment by the May deadline.

Spence stressed that the IPC is initially asking for the reclassification of players who are likely to make national teams.

"You don't need to fix everything by Tokyo. There's only 200 days to go. It's realistic that you can reclassify this athlete population that we estimate between 50 and 75 athletes," he said.

He also said the IPC can be flexible about the May 29 deadline if the IWBF shows an appropriate effort to comply with the rules.

"If by (May 29), the IWBF has only reclassified 80 percent of the athletes, then we will extend the deadline and allow them to do it," he said.

However, Spence warned that the board would seriously reconsider the transition plan with respect to the Tokyo Games if the IWBF fell short in its compliance efforts, such as zero reclassification by the deadline.

"We want wheelchair basketball at the Tokyo Paralympic Games because it's a fantastic sport and will entertain thousands of fans here," he said.

He also touched on an outbreak of coronavirus which has killed over 490 people and infected more than 24,000 in China.

"We're not doctors, we're not health experts (and) we're not medical professionals. For that we need to rely on the World Health Organization and we're in close contact with them ahead of the games," Spence said.

"In Rio, we had Zika...so this is not completely new and alien to us. We've been through this process before," he said, referring to the mosquito-transmitted Zika infection associated with microcephaly and other congenital abnormalities that appeared through the Americas, Africa and other regions around the time of the 2016 Rio Olympics and Paralympics.

"And again, we completely follow the advice of the World Health Organization on these matters," Spence said.

Paralympics: Wheelchair basketball could foul out of Tokyo 2020

Olympics: IOC teams up with WHO over virus outbreak