The LPGA of Japan Tour will hold its season-opening tournament as scheduled in March but without fans due to the current coronavirus outbreak, the tour said Wednesday.

The Daikin Orchid Ladies, set for March 5 to 8, at Ryukyu Golf Club in Okinawa Prefecture, will be played entirely without fans, while the March 4 pro-am event has been cancelled. 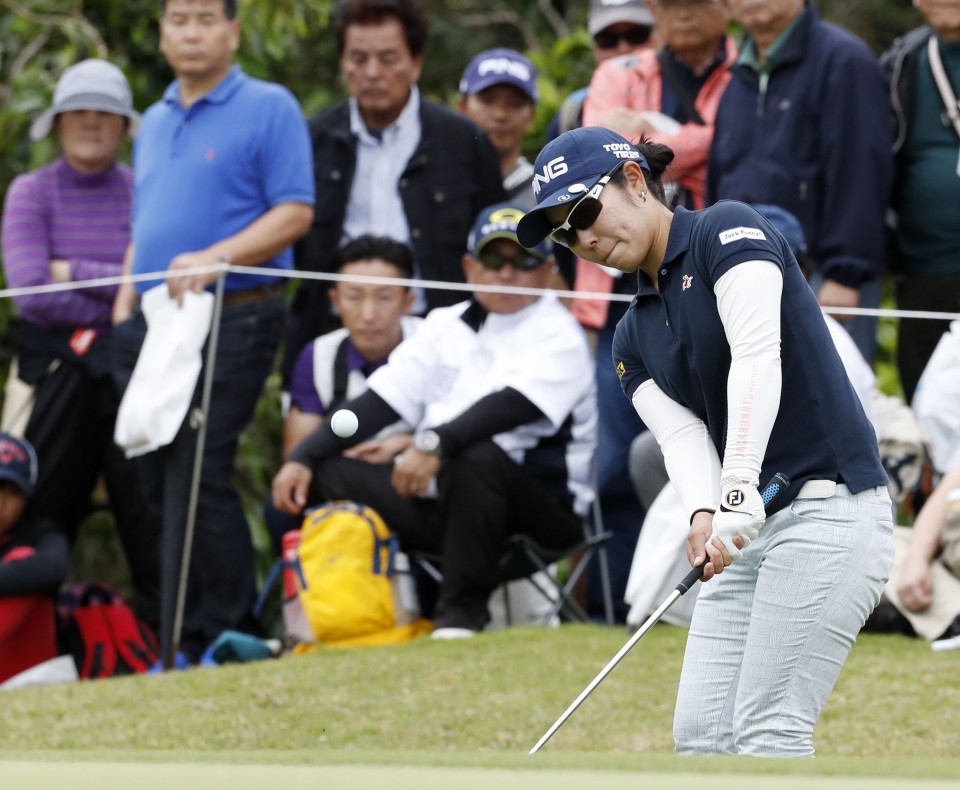 (Mamiko Higa plays a shot during the final round of the Japan LPGA season-opening Daikin Orchid Ladies at Ryukyu Golf Club in Nanjo, Okinawa Prefecture, on March 10, 2019.)

Individual rounds have been played behind closed doors in the past, most recently at a tournament in Shizuoka last October as Typhoon Hagibis approached. However, it is unprecedented for an entire tournament to be played without fans.

"It is to ensure the safety of the gallery, the players and volunteers," said an organizer.

Health concerns due to the outbreak have caused the American LPGA tour to cancel three Asian tour events, one on China's Hainan Island, one in Thailand and a third in Singapore.

On Monday, organizers of the March 1 Tokyo Marathon said they have restricted the race to 200 elite competitors, barring the roughly 38,000 runners who were expected to take part as general-entry participants.

The coronavirus emerged in the Chinese city of Wuhan in December. The virus has killed more than 2,000 people in China.