The J-League said Tuesday it will postpone all official matches scheduled until March 15 as Japan's sports world looks to combat the spread of a new coronavirus.

Members of the league's governing board agreed to rearrange 94 matches in response to the outbreak of the pneumonia-causing virus originating in China.

The J-League said it made the decision in response to a government panel of medical experts stating Monday that the next week or two will be "critical" in determining how far the virus spreads.

"The J-League had major events to be held in the next week or two. We had to make this decision," Chairman Mitsuru Murai told a press conference in Tokyo.

"I am sorry to all of the fans who looked forward to the matches, but we will cooperate in a situation that is somewhat of a national crisis." 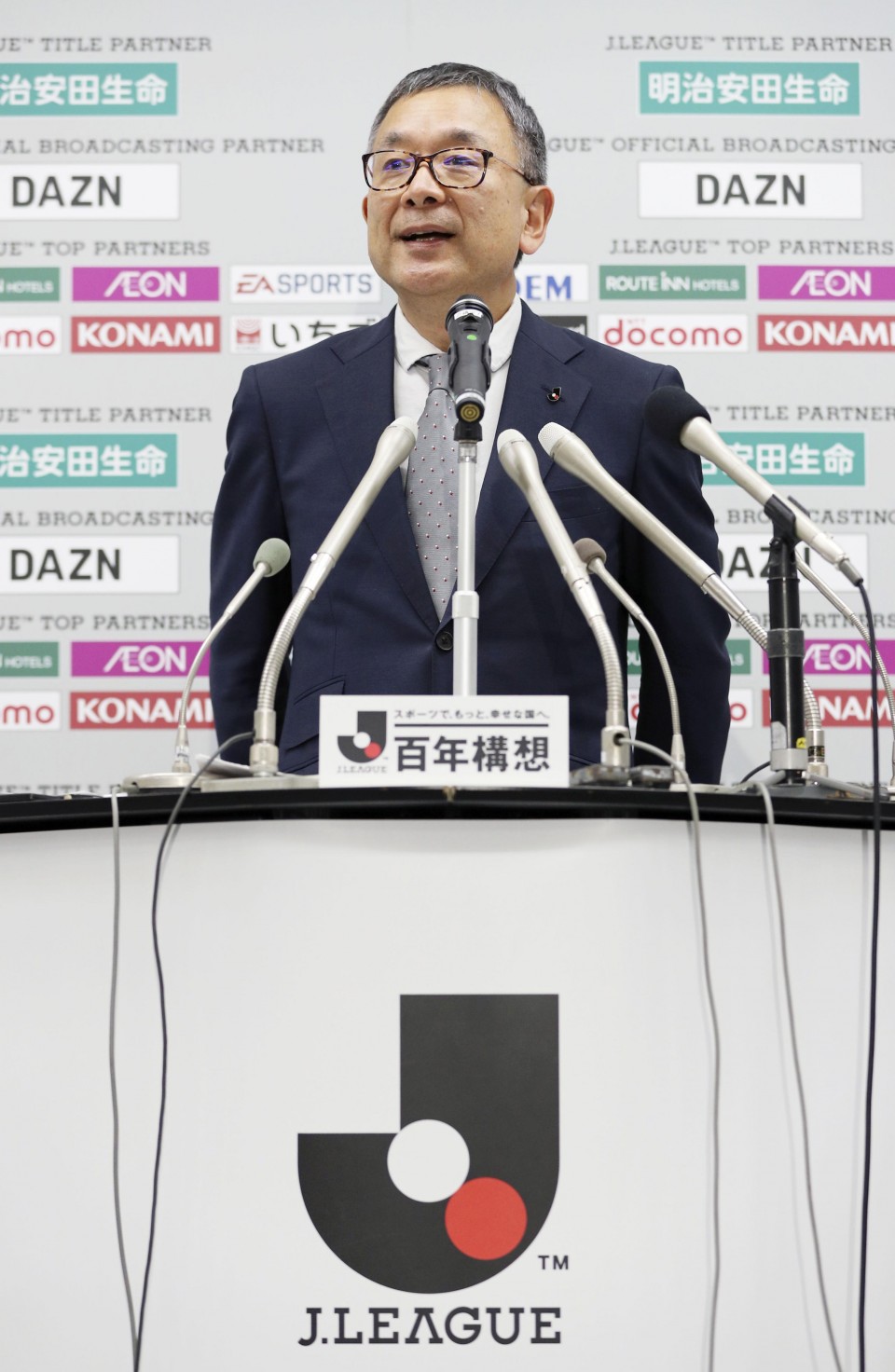 Nippon Professional Baseball is also considering postponing matches due to the spread of the virus, with a decision expected to be made at an extraordinary meeting in Tokyo on Wednesday.

Meanwhile, the Yomiuri Giants said Tuesday they will play two pre-season games against the Yakult Swallows this weekend behind closed doors at Tokyo Dome.

The J-League reached the decision at a meeting in Tokyo after earlier in the day announcing the postponement of seven group-stage matches of the YBC Levain Cup scheduled for Wednesday.

Three match rounds for the J-League's top two divisions had been planned to take place between Friday and March 15, while the third tier was due to kick off March 7.

The 2020 J1 and J2 seasons opened as scheduled last weekend as the Ministry of Health, Labor and Welfare has yet to put any restrictions on outdoor events in the wake of the coronavirus outbreak.

Individual clubs, however, have taken their own measures to combat the spread of the virus, such as asking spectators to wear masks and installing hand-sanitization stations.

J1's Vissel Kobe has gone further and banned spectators from common cheering practices like singing and linking shoulders during matches.

Leagues and clubs overseas have also taken measures to protect athletes and impede the spread of the virus, with scores of matches canceled or postponed in China, South Korea and Italy.

Earlier this month, the Asian Football Confederation announced the postponement of Asian Champions League matches involving Chinese clubs. On Sunday, the Japan Football Association revealed that South Africa had canceled a men's under-23 friendly against Japan.