U.S. President Donald Trump said Wednesday that he hopes Tokyo will host the Olympics this summer as planned, as Japan struggles to contain the spread of the new coronavirus.

"They've spent billions of dollars building one of the most beautiful venues I've ever seen. And your prime minister's very proud of it. I hope it's gonna be fine," Trump said at a press conference, while reassuring people in the United States that the risks posed by the virus remain "very low" in his country.

Asked whether the United States will consider restricting travel to and from South Korea, Italy and other countries that are seeing a surge in infection cases, Trump said his government "may do that," but that now is "not the right time." 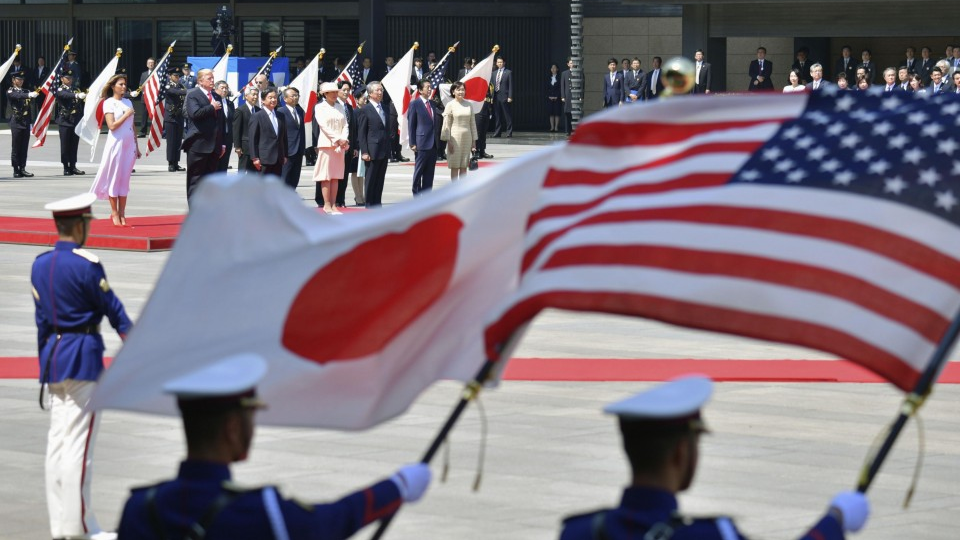 The U.S. State Department has already raised its four-level travel advisory to Japan and South Korea, which have seen large spikes in virus cases.

Japan is now a level 2 country, which requires "increased caution" while South Korea is at level 3, which urges U.S. citizens to "reconsider travel."

For China, where the virus originated, the travel advisory has been raised to the maximum level of 4, which urges citizens not to travel to the country.

Concerns are growing in the United States that the country may see a major outbreak.

An official at the Centers for Disease Control and Prevention said Tuesday that successful containment at U.S. borders becomes harder as more countries experience a so-called community spread, or the transmission of the virus without a known source of exposure.

Japan, South Korea, Hong Kong, Iran and Italy are among those countries and regions, according to the institution.