Osaka prefectural police have seized about 5,800 bicycle seats from a rental storage facility and have arrested a truck driver on theft charges, they said Friday.

Hiroaki Suda, 57, was arrested on Feb. 13 after a security camera caught him stealing two bike seats worth roughly 8,000 yen ($73) on Nov. 29 and 30 at a train station and a parking lot for bicycles in Higashiosaka, east of Osaka.

Suda has admitted to the charges, with the police quoting him as saying, "I began to steal bike seats about 25 years ago in Tokyo and Osaka to relieve stress at work and, gradually, collecting them turned out to be fun."

The police were surprised to seize that many bike seats, and suspect that Suda stole them while driving from city to city. 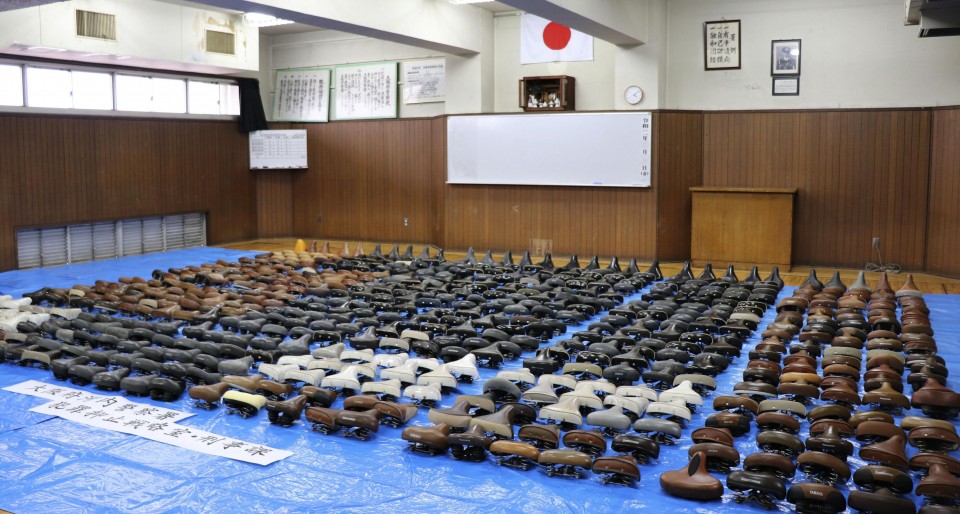 Local governments adopting ordinances for use of bicycle insurance