A week after Marinos' dominance was not reflected in their 2-1 win over Jeonbuk Hyundai Motors FC in South Korea, 2019 J-League MVP Teruhito Nakagawa and Ado Onaiwu each scored twice against an overwhelmed Sydney FC defense. 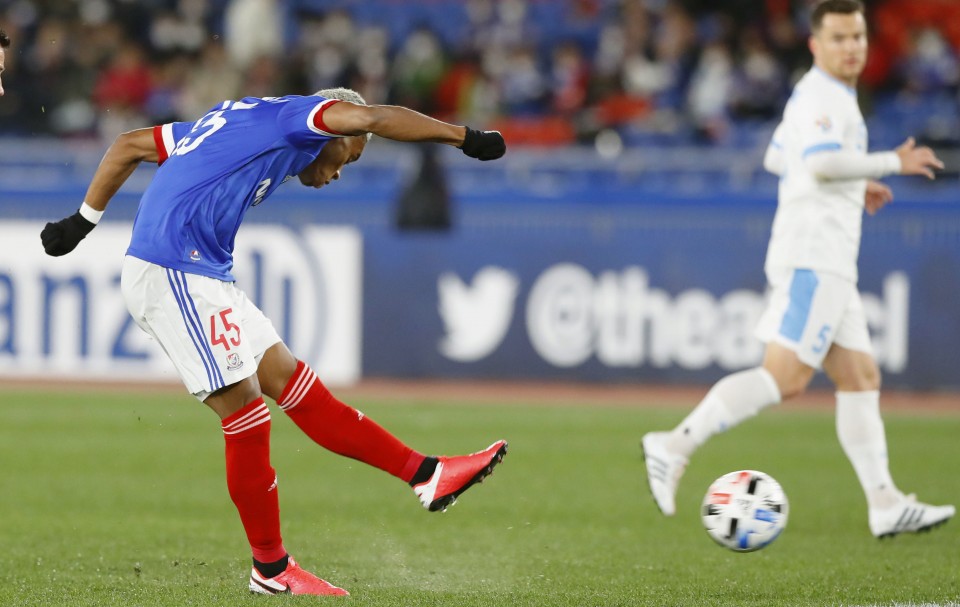 (Ado Onaiwu opens the scoring during the first half of Yokohama F Marinos' 4-0 win over Australia's Sydney FC.)

Onaiwu made up for an early miss by scoring the opener at Nissan Stadium in the 12th minute. Getting the ball on the edge of the box with his back to the goal, Onaiwu pivoted and fired home. His shot was deflected by a defender's boot, giving keeper Andrew Redmayne no chance as the ball sailed into the upper left corner.

Nakagawa then scored a pair of goals in quick succession. In the 31st minute he burst past the Sydney back line. Redmayne came out halfway to challenge him and was chipped by the Marinos forward.

"Onaiwu's pressure opened things up for us," said Nakagawa. "I kept my cool and was able to read the keeper well."

Two minutes later, the visitors seemed to stand still in the box as Nakagawa took a through pass and fired home. 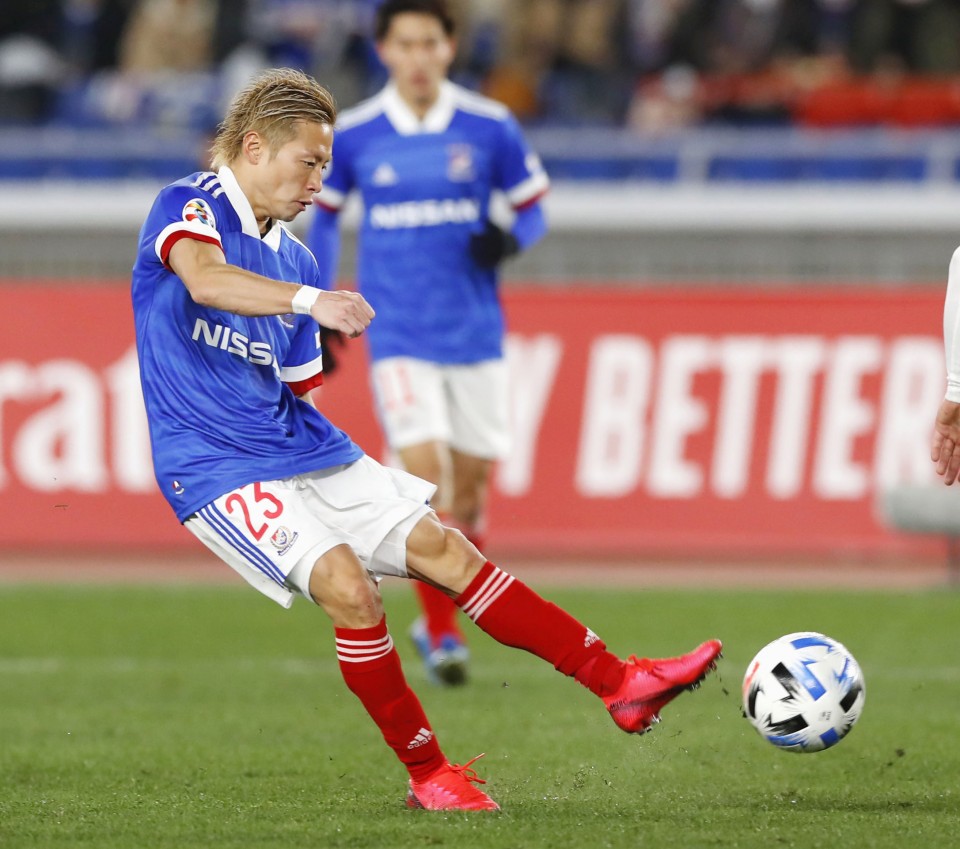 Marinos' dominance was perfectly illustrated when Onaiwu scored six minutes after the break. Keita Endo's back heel in the penalty area to Marcos Junior drew a crowd of Sydney defenders to the left side of the box. Marcos Junior then crossed to Onaiwu near the right post for an easy tap-in.