Six more people on a cruise ship quarantined in Yokohama have tested positive for a new coronavirus, the health ministry said Sunday, bringing the total number of those infected onboard to 70.

The five crew members and one passenger -- four Filipinos, one American and one Ukrainian in their 20s to 70s -- have no serious symptoms, the Ministry of Health, Labor and Welfare said.

The ministry said it has tested 336 potentially infected people from around 3,700 passengers and crew on the vessel, and the latest results on 57 people turned up the six new cases.

The ship, carrying customers from more than 50 countries and regions, has been kept in quarantine since Monday after a passenger, who disembarked in Hong Kong, was found to be infected with the pneumonia-causing virus.

The government is also working on a request to get medication to those on board who are suffering from chronic conditions, health minister Katsunobu Kato said on a TV program the same day.

The overall number of infected in Japan now stands at 96, including 10 people who evacuated from the Chinese city of Wuhan, at the center of the outbreak, on government-chartered flights. Another 16 includes tourists and a tour bus driver.

A Japanese national, suspected of being infected with the coronavirus, died Saturday in Wuhan. The man in his 60s would be the first Japanese death resulting from the virus if confirmed. 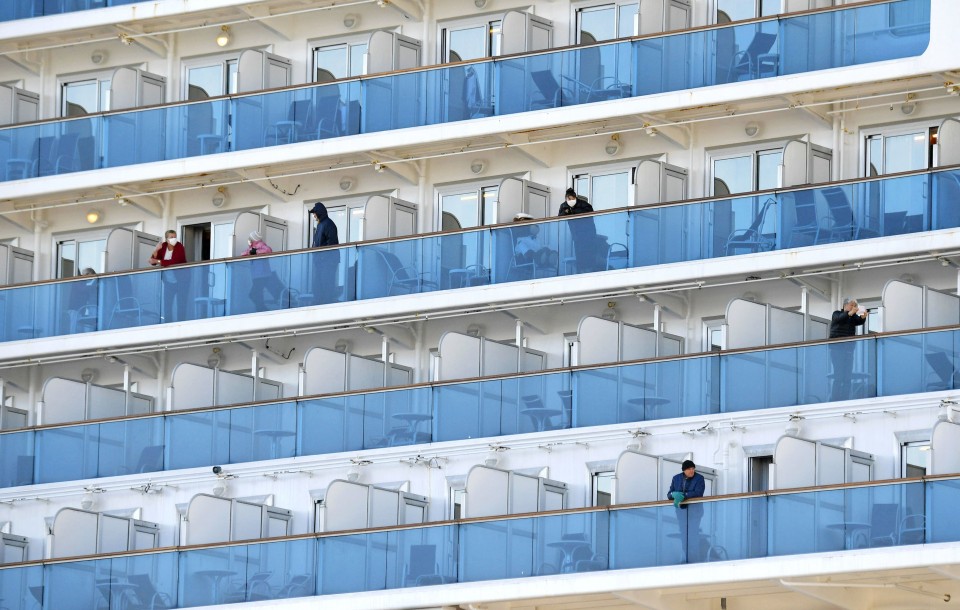 In mainland China, the death toll reached 811, the country's National Health Commission said Sunday, more than the SARS global death toll of 774. The cases of confirmed infections have risen to more than 37,000 nationwide.

Of the victims claimed by the novel virus, 780 were reported in Hubei Province, whose capital city Wuhan is the epicenter of the outbreak.

Cases of confirmed infections have risen to more than 37,000 nationwide, about 6,100 of which were considered severe, while the number of suspected infections is close to 29,000.

In Hong Kong, three more new cases were confirmed Sunday, including a 24-year-old man and his grandmother, taking the total there to 29.

Nine other people of the same family also fell ill and were suspected to have contracted the virus after a hotpot gathering on Jan. 26. Test results were pending.

Meanwhile, some 3,600 passengers and crew members were allowed Sunday to leave the cruise ship World Dream after days of quarantine at a Hong Kong port.

Everyone on board the ship, on which eight passengers from a previous tour were confirmed infected with the disease, tested negative, the authorities said.