The Sunwolves began their final Super Rugby season Saturday by making it an afternoon of firsts.

In the first Super Rugby game played in Fukuoka, Naoya Okubo became the first Japanese head coach to lead the Sunwolves to victory (in his first game in charge) as the hosts downed the Melbourne Rebels 36-27 for the franchise's first season-opening victory. 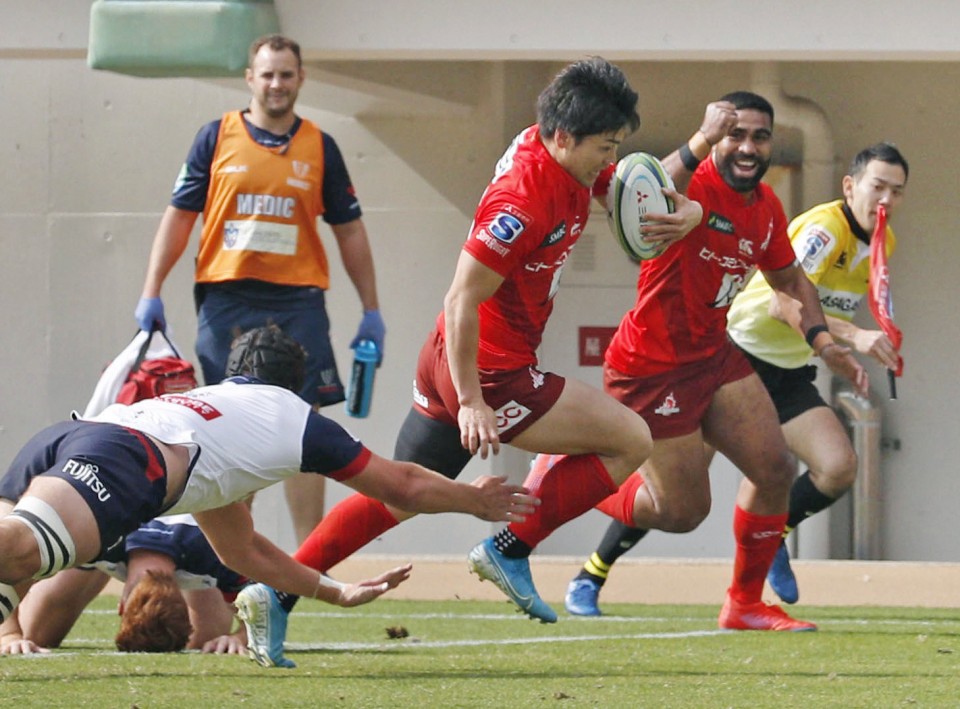 The Sunwolves' mix of youth and experience -- led by co-captains Keisuke Moriya and Jake Schatz -- started well and then held on to beat the Rebels for the first time in six attempts before a passionate crowd of 10,426 at Level 5 Stadium.

"For the past four weeks we were just focused on this game and treated it like a test match. And the players were rewarded for their efforts," said Okubo.

Moriya ensured it was not just a winning Super Rugby debut for him but a try-scoring one, as well. He got the scoreboard ticking over in the ninth minute as the Sunwolves exploded out of the blocks.

The 25-year-old center, like Rebels counterpart Dane Haylett-Petty, said ascendency at the breakdown was the key.

"The forwards did a great job today and we were able to utilize the space outside," said Moriya.

Haylett-Petty said, "We lost the breakdown battle today. We couldn't slow their ball down and they attacked well, and they slowed our ball down and made it a bit of a mess."

Moriya was joined on the scoresheet by Jaba Bregvadze and Tautalatasi Tasi with Garth April adding seven points from the boot as the hosts led 22-13 at the break.

Tries from Haylett-Petty and Anaru Rangi had kept the Rebels in the game, but James Dargaville's solo effort a minute into the second half proved decisive.

April added a fifth try and his fourth conversion for the Sunwolves following a good first touch in Super Rugby from Naoto Saito, before the Rebels ensured a few nervous moments for the fans as Andrew Kellaway and Andrew Deegan closed the gap. 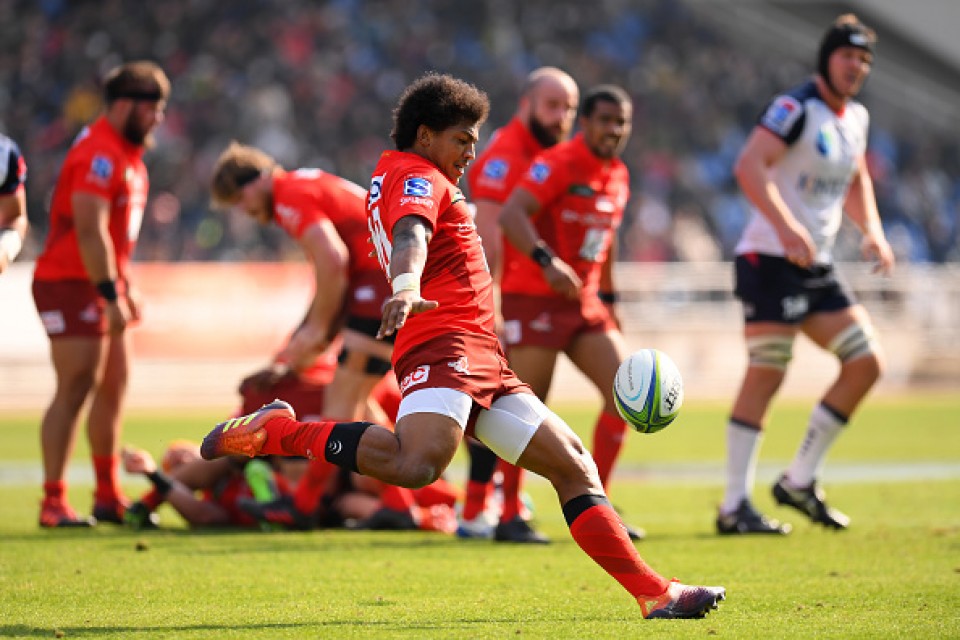 But with replacement scrumhalf Saito, who led Waseda University to the collegiate title last month, belying his youth and marshalling his forwards at the end, the Sunwolves, who played like a team with nothing to lose, held on for a historic win.

"Congratulations to the Sunwolves, they have come together under difficult circumstances and performed very well," said Rebels coach Dave Wessels.

The Sunwolves were told last year that the failure of tournament organizers SANZAAR and the Japan Rugby Football Union to reach an agreement over their future participation would see the team cut from the competition after 2020.

That did not stop their passionate fans from turning up, a point not lost on Okubo.

"From the moment we got off the bus we could feel their support," said the former Japan international. "We are the only pro team in Japan and we want to be a team that is loved. If the fans keep coming back to watch us then that is the best thing as a coach."

"And if we motivate young kids to play Super Rugby then that is a great thing for Japanese rugby."