The moves come at a time when a total of 759 passengers and crew have already been evacuated by the United States, South Korea, Australia, Hong Kong, Israel and Canada, Motegi told a press conference.

The departures have come amid mounting criticism of the Japanese government's handling of the pneumonia-causing coronavirus outbreak. The virus, which originated in China's Hubei Province, spread on the ship during its two-week quarantine period. 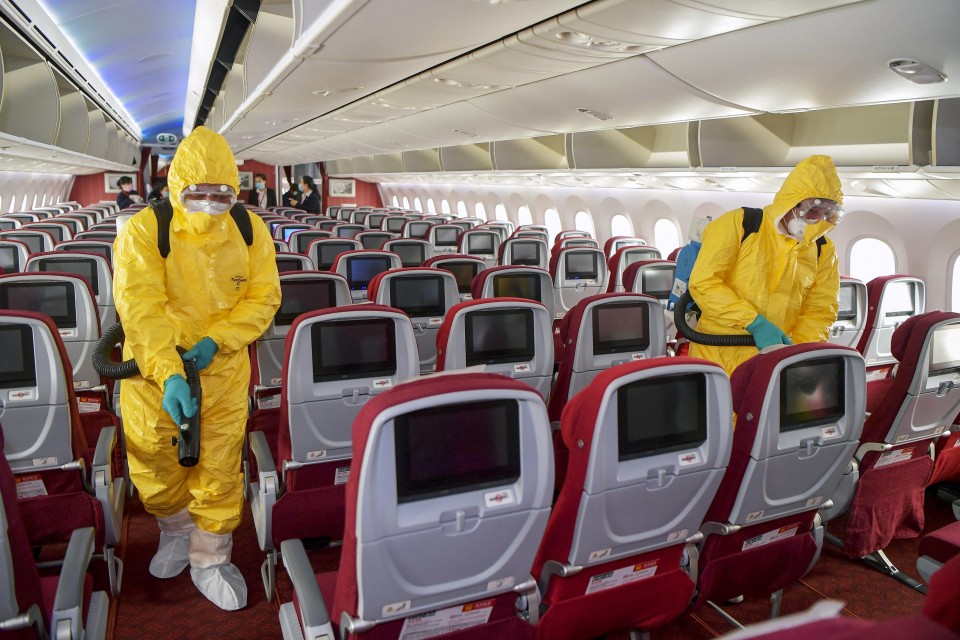 (Supplied photo shows workers spraying disinfectant in an airplane at an airport in China's Hainan Province on Feb. 7, 2020.)

Britain, Italy and Taiwan have also said they intend to send planes as early as Friday night, and there may be similar requests by other countries in the future, Motegi said, adding "we will do everything we can to support foreign nationals."

The ship arrived at Yokohama Port just south of Tokyo carrying some 3,700 passengers and crew, with the number of confirmed infections growing by Friday to more than 630. Two Japanese passengers have died.

Passengers who tested negative for the coronavirus began disembarking Wednesday. Those who were in close contact with the infected will be kept aboard longer.

The quarantine period, which was intended to prevent the coronavirus from spreading in Japan, has been criticized for potentially exacerbating the outbreak within the ship's confined quarters. 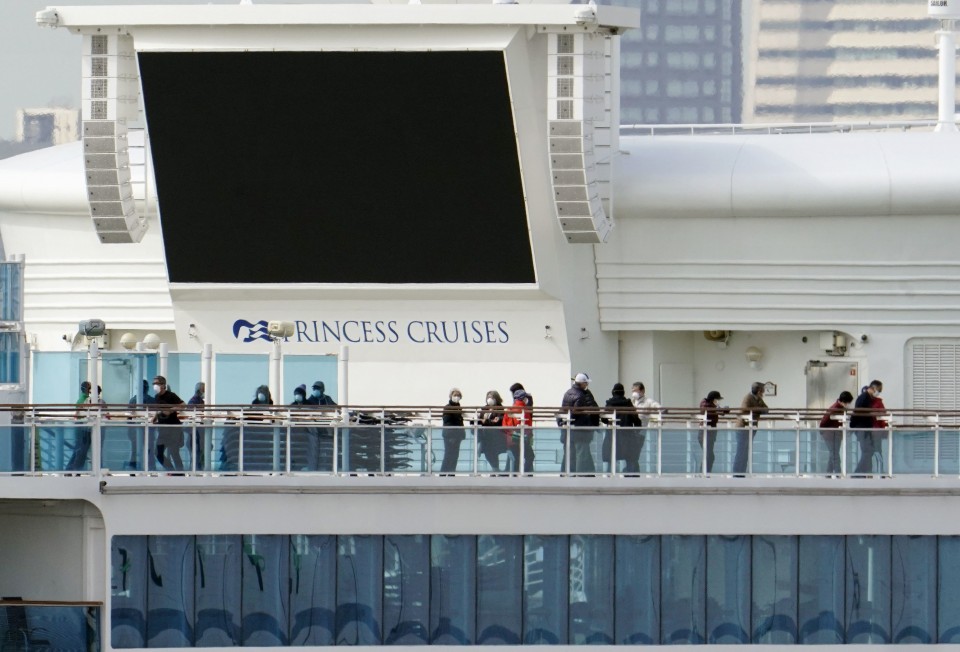 Kentaro Iwata, an expert on infectious diseases at Kobe University Hospital who was a part of a medical response team that boarded the ship, described this week "chaotic" scenes with no proper distinction between infected and non-infected zones in now-removed YouTube videos, though he said Thursday he was informed the situation has since improved.

The government has defended its measures, with health minister Katsunobu Kato saying "the appropriate steps were taken under the direction of doctors aboard the ship."

Meanwhile, Motegi said a total of nine countries -- Bhutan, Israel, Kiribati, Micronesia, Samoa, the Solomon Islands, South Korea, Thailand and Tonga -- have issued warnings against traveling to Japan, which, including the Diamond Princess, accounts for the most confirmed cases globally behind China.