Rising Japanese swimming star Rikako Ikee called her recent therapy for leukemia the turning point in her life in a televised interview aired on Wednesday.

The 19-year-old Ikee, the MVP of the 2018 Asian Games, and a gold medal candidate for the 2020 Tokyo Olympics before she was diagnosed with leukemia last February, is now training so that she can compete four years from now at the next Olympics in Paris.

Although Ikee said she was positive after getting the diagnosis, and vowed on social media to give it her best shot, she said she soon fell into despair from the nausea and pain caused by anti-cancer drugs.

"If I hadn't believed it would be temporary, I wouldn't have been able to bear it. But then, as I turned the corner, I could go out and eat out, and that joy was unbelievable." 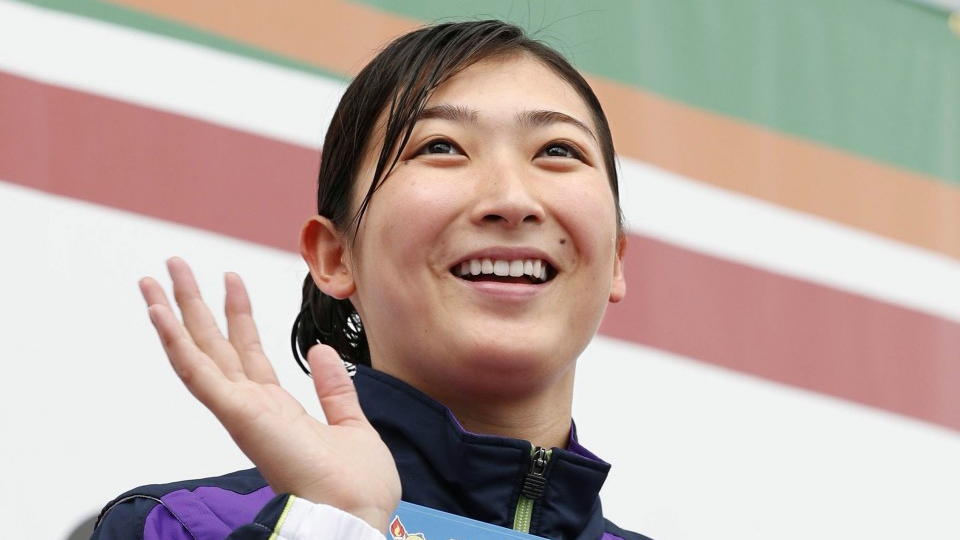 Ikee was discharged from the hospital in December, and has returned to school and is focused on positives. She made light of her loss of muscle mass -- saying she's been happily shopping for clothes she previously couldn't wear.

Although she admitted she never would have made it through her ordeal without the support of her family and friends, she felt unable to share her pain with them at the time. However, looking back now at her darkest moments has forced her to take a hard look in the mirror.

"How could I have felt that way when such enjoyment in life was possible?" she said.

"It's a miracle that I'm alive, a miracle that I'm here. I never once thought, 'If only I hadn't gotten sick.' Instead I think of all the lessons it has taught me. I hope so many other people can take courage from my example of one healthy person."

"This has been the big turning point in my life."