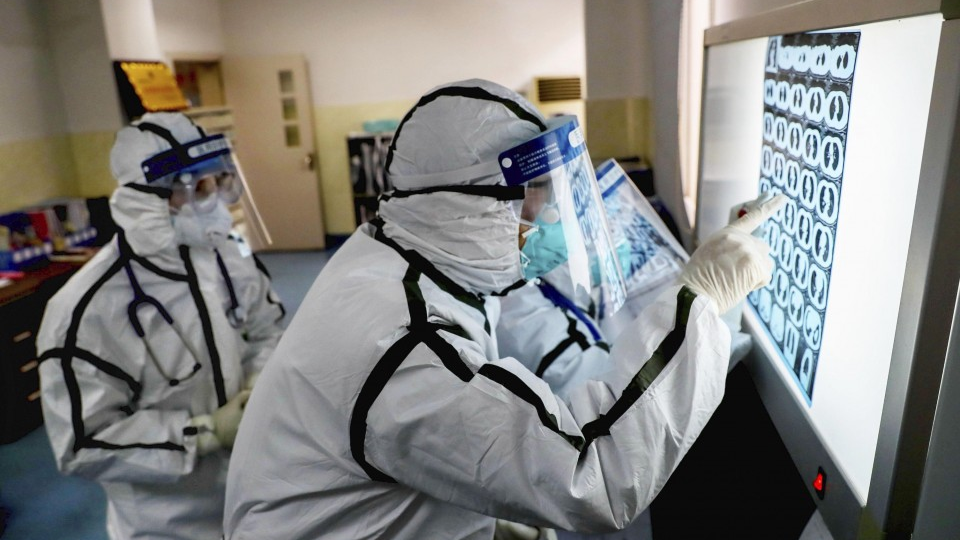 TOKYO/BEIJING - A Japanese national suspected of being infected with a new coronavirus died Saturday in the Chinese city of Wuhan, while a U.S. citizen has become the first American fatality in the outbreak, officials of both countries said.

A Japanese government source said the Japanese man in his 60s had been hospitalized since Jan. 22 with severe pneumonia. The hospital in the city, the center of the outbreak, had tested the man for the virus but it had notified Japanese officials that it was unable to conclude whether he was infected.

If confirmed, it would be the first Japanese death resulting from the deadly virus.

Citing privacy, the ministry declined to disclose the man's name or other details.

"We'll place the lives and health of our nationals above anything else and do all we can to prevent the outbreak from spreading further," Prime Minister Shinzo Abe said as he offered condolences to the family of the man and promised to provide the support they need. 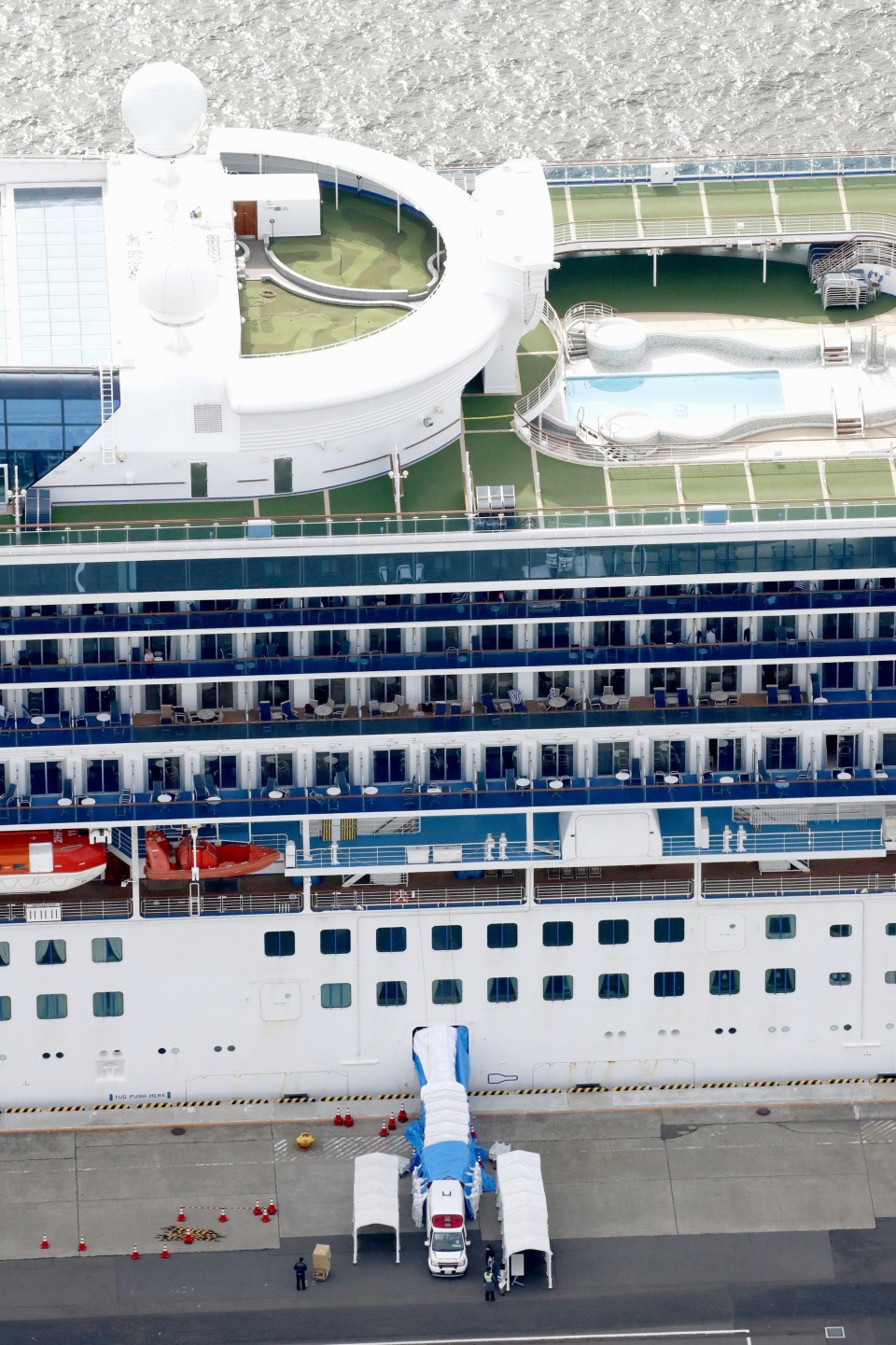 (Photo taken from a Kyodo News helicopter on Feb. 7, 2020, shows an ambulance parked near the cruise ship Diamond Princess docked at the port of Yokohama.) 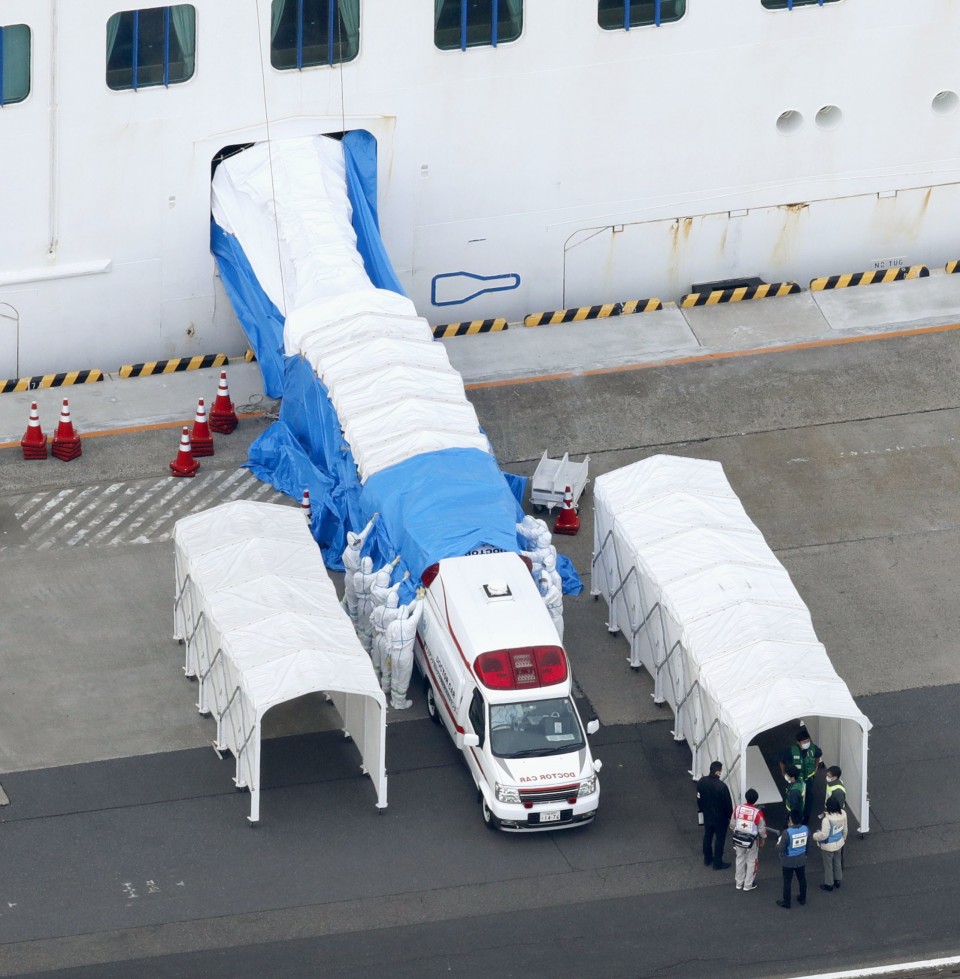 Also Saturday, a U.S. government official confirmed to Kyodo News that a U.S. citizen diagnosed with the coronavirus died Thursday at a hospital in Wuhan, the capital of Hubei Province.

The person, a woman around 60 years old, is the first American fatality in the outbreak, and likely the first foreigner confirmed to be infected to die in China. Other details about the woman were not immediately available.

The Chinese Foreign Ministry said Thursday that as of noon that day there were 19 foreigners in the country infected with the coronavirus, of whom 17 were in isolation.

In Japan, meanwhile, three more people on a cruise ship quarantined in Yokohama have tested positive for the new coronavirus, the health ministry said Saturday, bringing the total number of people from the vessel infected to 64.

The three passengers -- an American man in his 70s, an American woman in her 60s and a Chinese woman in her 30s -- were taken from the Diamond Princess and hospitalized in Kanagawa Prefecture, south of Tokyo, the Ministry of Health, Labor and Welfare said.

More tests will be conducted on the ship after about 100 passengers developed a fever, the ministry said.

The vessel, carrying around 3,700 passengers and crew from more than 50 countries and regions, has been kept in quarantine at a pier in Yokohama after a passenger who disembarked in Hong Kong was found to be infected with the virus.

A Japanese man in his 20s has also tested positive for the coronavirus as Japan brought back the fourth group of Japanese nationals, totaling 198, from Wuhan on a government-chartered flight in the morning.

The number of infections confirmed in Japan has now risen to 90.

In mainland China, the death toll from the virus outbreak has risen to 722, with more than 34,500 people infected, the Chinese health authorities said Saturday.

The hardest-hit province of Hubei said it saw 2,841 more cases and 81 more deaths.

Wuhan has so far reported 13,603 infections, with 545 deaths, the authorities said.