South Korea reported on Saturday another 229 cases of the new coronavirus, its largest daily increase so far, with most occurring at a hospital and among members of a religious group, bringing the total to 433.

The nation's third death from the pneumonia-causing virus was also confirmed Saturday, according to local media.

According to South Korea's Centers for Disease Control and Prevention, out of the new COVID-19 infections, 95 were related to a hospital in the southeastern county of Cheongdo, and 100 have been traced to a minor Christian sect, known as Shincheonji Church of Jesus. The remaining 34 cases are still being investigated. 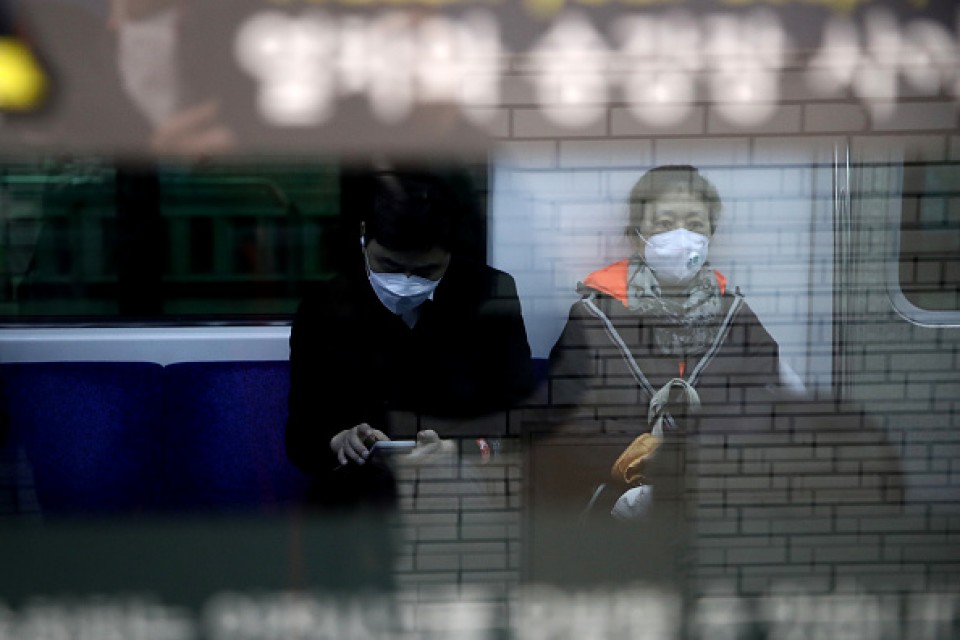 The hospital, near Daegu, the country's fourth-largest city, is where two patients died from the virus this week. The large number of cases emerging at the hospital indicates mass transmissions are taking place there.

The funeral for an older brother of the religious group's leader was held at the hospital's funeral hall between Jan. 31 and Feb. 2. Cheongdo is the leader's hometown and said to be considered a holy place by the sect.

The government has received a list of the 9,300 members of the Christian sect, which has a church in Daegu, and has asked them to self-quarantine.

The Daegu municipal government has found that of the members, over 1,200 have shown symptoms that could be linked to the virus, according to local media. It signals that the number of cases is likely to rise further.

In the past four days alone, the number of cases in South Korea rose over 400 from Tuesday's 31, with over 200 related to the sect and over 100 linked to the hospital, according to the South Korean government.

The vast majority of those linked to the hospital were patients in its psychiatric ward.

Cases have been confirmed in many parts of South Korea, including in the southern port city of Busan, where no case had been found until recently.

The third death was a man in his 40s in Gyeongju, a city in the country's southeast, according to local media. He was found dead at his home on Friday and a test showed afterward that he had COVID-19, the illness caused by the virus.

In China's mainland, the death toll from the coronavirus has reached 2,345, with 109 new deaths as of the end of Friday, the country's health authorities said Saturday.

They reported 297 new cases of infection, bringing the mainland's total to 76,288.

North Korea is on high alert as its two neighbors, China and South Korea, struggle to contain the virus' spread. The Rodong Sinmun, the mouthpiece of the ruling Workers' Party of Korea, called on people to always wear masks when they go outdoors or to gatherings.

"Not wearing a mask in such an emergency time as this will be a serious social and political problem tantamount to committing a crime against the state," the newspaper said Saturday.

Claiming that no one in the country has been infected with the virus, the newspaper warned people not to let their guard down.

North Korea, with its health-care infrastructure in a fragile state, has cut off traffic to and from China and Russia since earlier this year.

Foreign diplomats posted in the capital Pyongyang have in principle been barred from leaving their residential areas. The government has canceled an international marathon planned in the capital in April.

Amid signs the virus is spreading fast globally, Italy confirmed its first two deaths in the last two days, a 78-year-old man and a 75-year-old woman, ANSA news agency reported.

Iran reported one new death from the virus infection on Saturday, bringing the country's total to five, according to Press TV.

More than 200 cruise ship visits to Japan cancelled over coronavirus