The education board of Hokkaido urged local authorities Wednesday to temporarily close all 1,600 public and private elementary and junior high schools on the northernmost main island, in an effort to contain the spread of the new coronavirus.

The education board called for the schools' closure for a week from Thursday in the first such widespread move due to the virus in the country, board officials said.

The Hokkaido government has confirmed a total of 39 people infected with the pneumonia-causing virus that originated in China. Among them are students, a teacher and a school bus driver.

As of Tuesday, Japan had 862 people infected with the virus, including 691 who were quarantined on the Diamond Princess cruise ship.

Hokkaido confirmed four new cases Wednesday, including that of an elderly person from Hakodate who died Tuesday from pneumonia caused by the virus. The death is the first of an infected person in Hokkaido and the sixth in the country.

The Hakodate city government declined to disclose details of the deceased due to a request from the person's family. 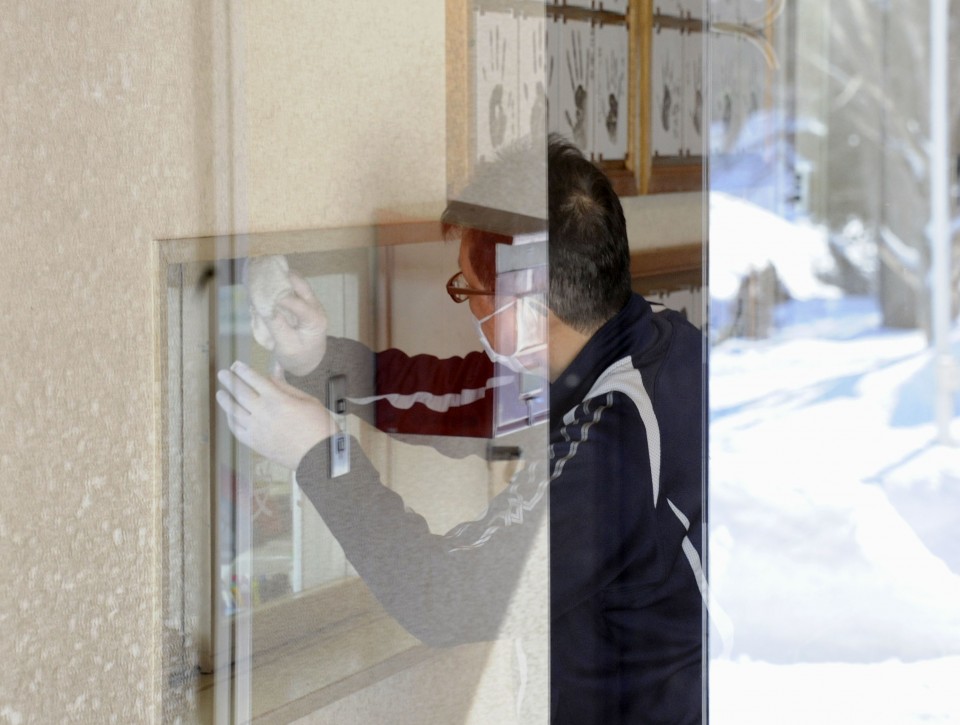 (A man wearing a mask disinfects a school facility in Aibetsu in Hokkaido, northern Japan, on Feb. 25, 2020.)

"This week and the next are an extremely important period," said Hokkaido Gov. Naomichi Suzuki, echoing an earlier warning by a government panel that the next week or two will be "critical" in determining whether the virus will spread further in the country.

High schools are currently exempt from any request to suspend classes as students are considered old enough to determine for themselves the necessary precautionary measures, they said.

The move is in line with central government guidelines that asked for consideration to be given to calling off classes at all schools and closing down day-care centers in areas where multiple infection cases are confirmed.

The advisory covers institutions that have no confirmed infection cases.

In cases of day-care center closures, the welfare ministry has asked local authorities to think of alternative plans such as sending child-care workers to homes.

In the Hokkaido town of Nakafurano, an elementary school where two brothers were found to have been infected with the virus has already decided it will close through next Tuesday.

In Ebetsu, a junior high school where a male teacher tested positive for the virus will be shut down until March 6. 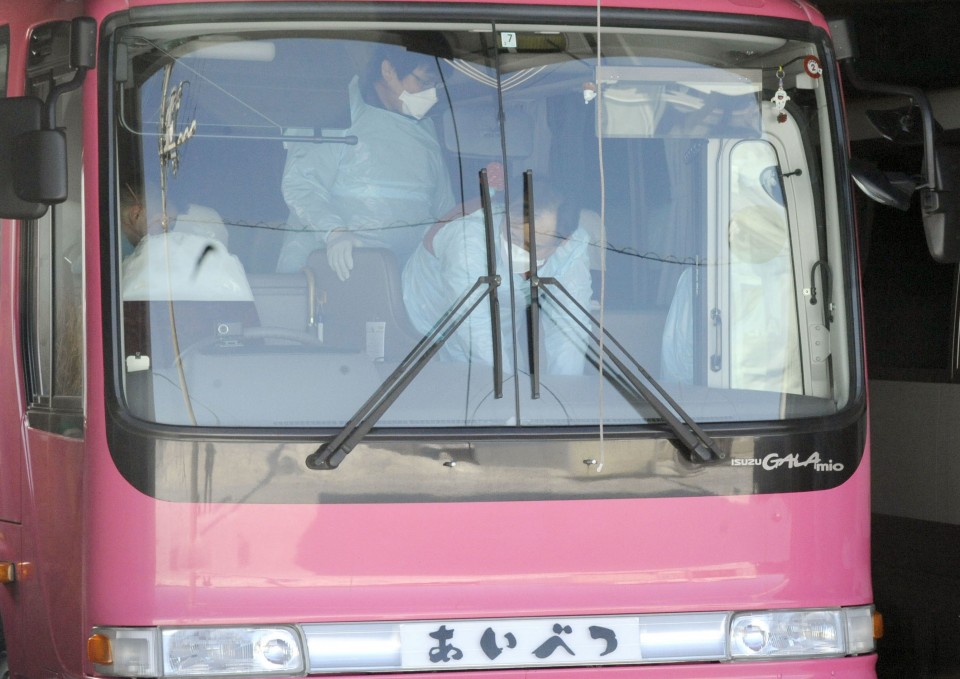 (Men in protective gear disinfect a school bus in Aibetsu in Hokkaido, northern Japan, on Feb. 25, 2020.)

A female high school student in Tomakomai and a school bus driver in Aibetsu were also found to have been infected.

Nakafurano is about 95 kilometers northeast of Hokkaido's capital Sapporo, Tomakomai is 50 km to the south, Ebetsu is 15 km from the center of Sapporo and Aibetsu is some 135 km to the northeast.

Kushiro, which currently has not had any verified cases, has decided to close all elementary and junior high schools in its city.

"We're placing a burden on the children, but it's a necessary measure," the city's superintendent of education Yoshitaka Okabe said.

"It would be a fatal mistake if one of our students were to become infected," one elementary school principal in the area said.

But the move has drawn criticism from locals who deem it extreme.

"It seems excessive to close schools that haven't had any cases," said a mother in her 40s, whose 8-year-old daughter goes to school in Sapporo.

Some dual income families voiced concerns about having small children at home alone.

"We won't be able to prevent further infections just by keeping children at home," a senior Sapporo city official said. "We need to determine whether it's a necessary measure public health-wise, while assessing the effects on the guardians' employment." 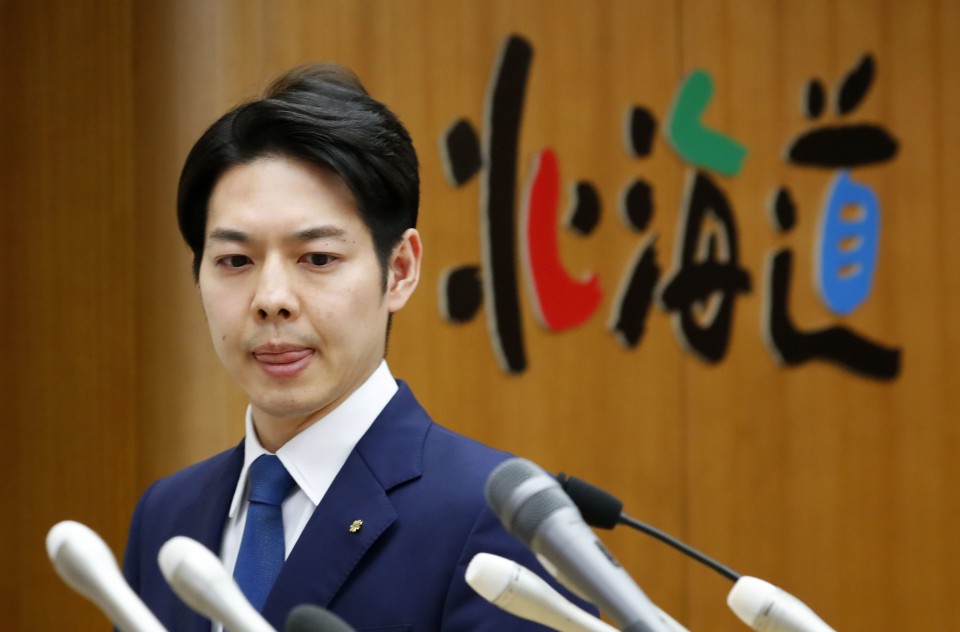 With the end of the academic year approaching next month, the education boards of Hokkaido and Sapporo requested that all schools take measures against the virus, such as shortening graduation ceremonies or reducing the number of attendees other than graduates and guardians.

Educational boards in other cities and prefectures are taking actions similar to Hokkaido's.

Tokyo plans to allow its public junior high and high schools to close for around two weeks from the day a student or teacher is confirmed to be infected.

The educational board in Kanagawa Prefecture, near Tokyo, has also decided to suspend its public junior and junior high schools in cases of confirmed infections.

In May 2009, schools in Osaka and Hyogo prefectures in western Japan, hit hard by the new H1N1 strain of influenza A, were closed for a week.