The first case of a group infection in Japan of the new coronavirus confirmed Wednesday among passengers aboard a cruise liner has highlighted that the risk of it spreading in confined space is high, with health experts cautioning that the danger is greater on ships, buses and trains than on airplanes.

The deadly pneumonia-causing virus, which can spread through droplets from coughs and sneezes, is more likely to cause infections if passengers are within a 1-meter radius of someone who has the symptoms, the experts said.

On airplanes, the risk is lower because the recycled air in the cabins is ventilated through filters designed to remove viruses and germs, and respiratory droplets will fall on the floor as the air flows downward, they said.

"The degree of congestion hugely affects" the risk of infection, said Yasuhiro Kanatani, a Tokai University professor who specializes in public health. 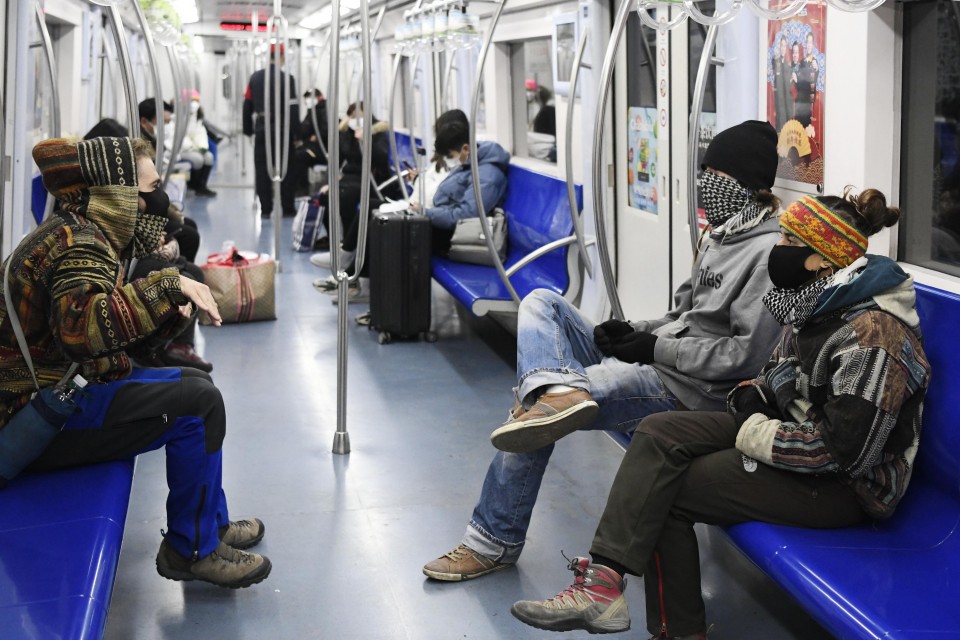 (Passengers with face masks ride a subway train in Beijing.)

As one example, he said the "danger of infection on bus tours is relatively high as passengers are together for a long time."

In late January, a tour guide living in Osaka Prefecture was found to be infected with the new virus, in addition to a Japanese bus driver who was with her and Chinese tourists from the central Chinese city of Wuhan, the epicenter of the outbreak, for several days.

On Wednesday, nine passengers and a crew member among some 3,700 people on board the cruise ship quarantined off Yokohama have tested positive for the coronavirus.

The number of people confirmed to be infected with the virus has reached 35 in Japan.

One of the passengers aboard the Diamond Princess said they were allowed to freely move around the ship, equipped with facilities including a casino, theater, fitness center and sauna, and could dine at restaurants until Tuesday but from Wednesday morning all meals were switched to room delivery. 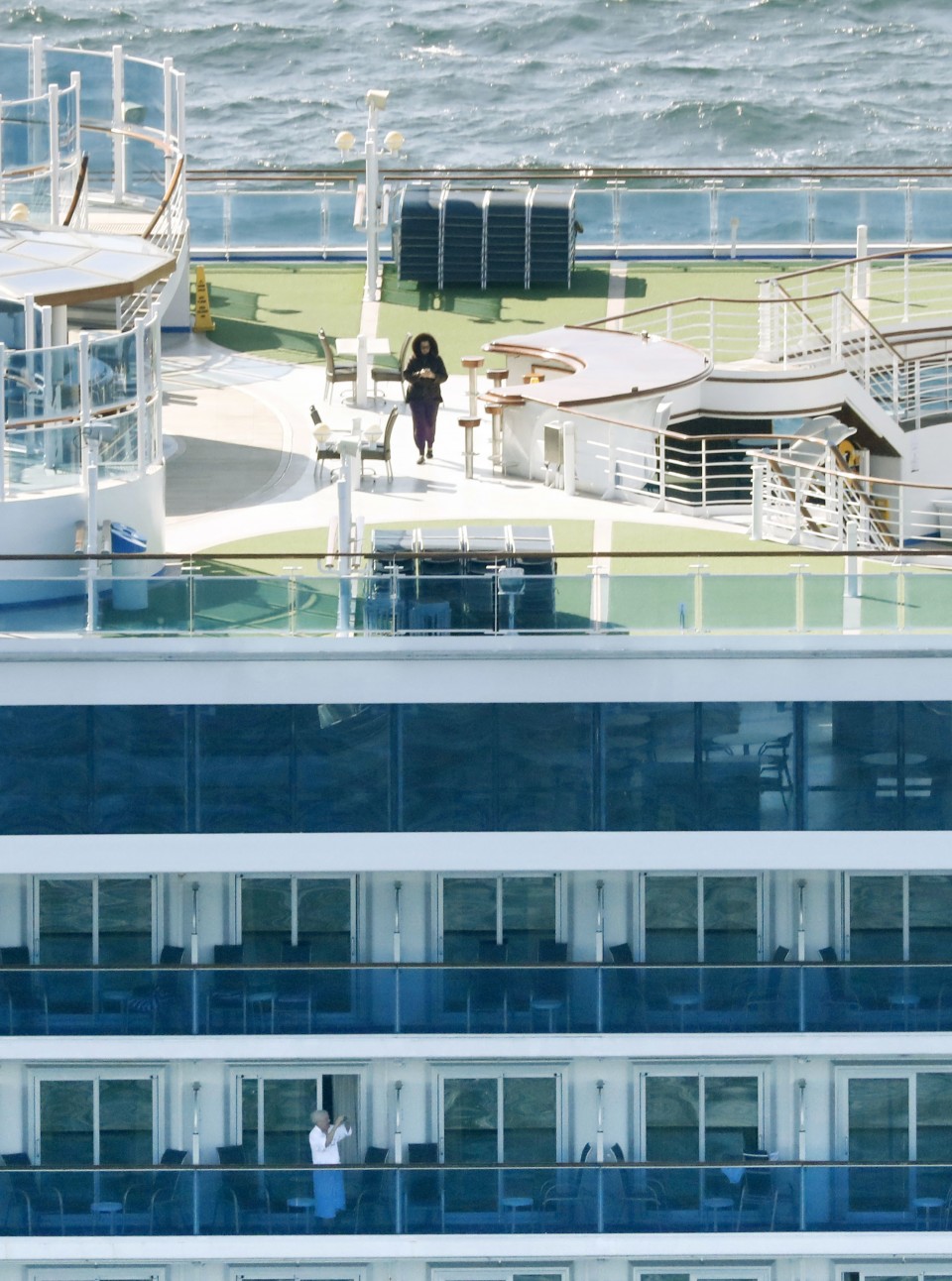 The passengers and crew members from 56 countries and regions have been told to stay on the ship for the next 14 days to be quarantined.

On cruise ships, group infections of influenza and norovirus have been reported in the past, according to Reiko Saito, a Niigata University professor.

"There has been a case in which a third of crew members were infected with influenza," she said.

As for measures to prevent virus infections on trains and buses, health experts have advised people to commute during off-peak hours and take advantage of remote work from their homes if they can.

They added those who have a cough and are sneezing must wear masks.

Tokai University's Kanatani stressed that people should not carelessly touch their nose, mouth or eyes after getting off public transportation. The health ministry is also urging thorough alcohol disinfection.