U.S. health authorities said Wednesday that they are working with Japan to prevent the further spread of disease on a coronavirus-hit cruise ship quarantined near Tokyo, with Japan's handling of the situation becoming increasingly questioned.

"I know that there are Americans on board, there are certainly Americans that are ill...We are working closely with the embassy in Japan and the State Department to help with thinking through what's the right action," Nancy Messonnier, director at the Centers for Disease Control and Prevention, said in a teleconference. 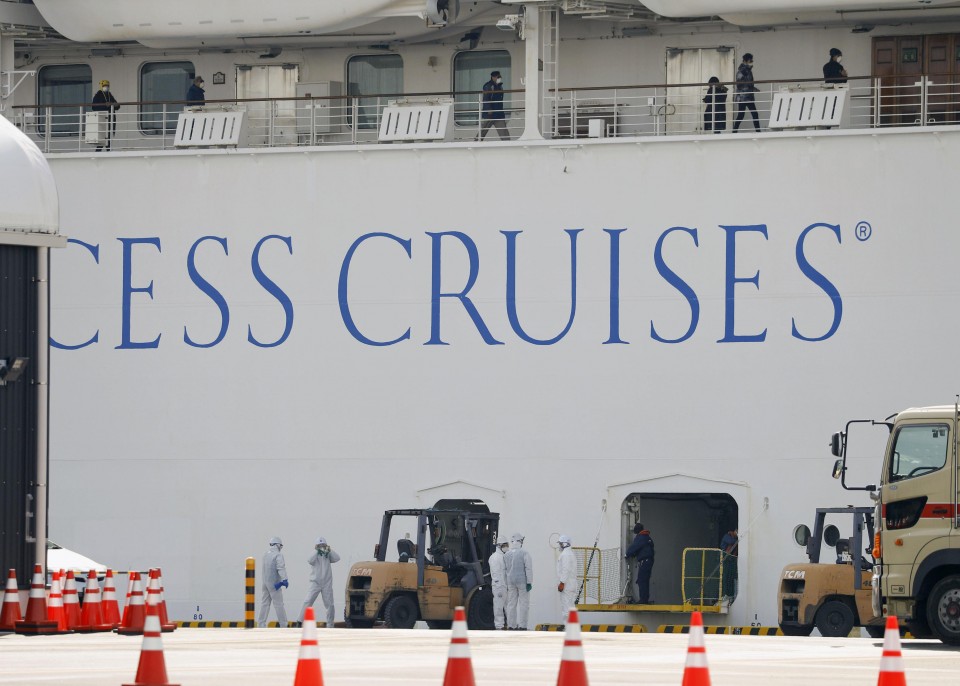 (Health officials in protective suits head to the Diamond Princess cruise ship docked in Yokohama near Tokyo on Feb. 12, 2020.)

More than a week has passed since the Diamond Princess cruise ship, with around 3,600 passengers and crew aboard, was quarantined at Yokohama Port.

The ship was locked down after a passenger who disembarked in Hong Kong was found to be infected with the pneumonia-causing virus, with the number of confirmed infection cases steadily increasing since.

As of Wednesday, of the 203 confirmed coronavirus cases in Japan, 174 are passengers and crew from the Diamond Princess.

U.S. media has been reporting the frustration expressed by American passengers. In an article published Wednesday, The New York Times wrote that the Japanese government's handling of the situation has been met with skepticism, particularly over a decision to limit virus tests to people potentially facing a high risk of infection.

Critics say Japanese government officials are not explaining enough of their thinking as they face an epidemiological challenge with no clear playbook, the newspaper said.

Messonnier said the highest priority is to make sure that the people who are already sick and those still on the ship and who are infected but showing no symptoms are getting the "best care possible."