Another 41 people on a cruise ship quarantined in Yokohama have tested positive for a new coronavirus, the health ministry said Friday, bringing the total number of people from the vessel infected with the pneumonia-causing virus to 61.

The newly diagnosed people, all passengers of the Diamond Princess who are in their 20s to 80s, were taken to medical facilities in Tokyo and nearby Saitama, Chiba and Kanagawa prefectures as well as Shizuoka Prefecture in central Japan. None have severe symptoms, the ministry said.

Among the 41 who tested positive for the virus originating in the Chinese city of Wuhan, 21 are Japanese, eight American, five Australian and five Canadian with one each from Argentina and Britain.

The ministry also revealed one of the 20 people from the vessel already found to be infected is in serious condition, adding the person had a pre-existing condition.

The vessel, carrying around 3,700 passengers and crew from 56 countries and regions, has been kept in quarantine at a pier in the Kanagawa Prefecture capital, south of Tokyo, after a passenger who disembarked in Hong Kong was found to be infected with the virus. 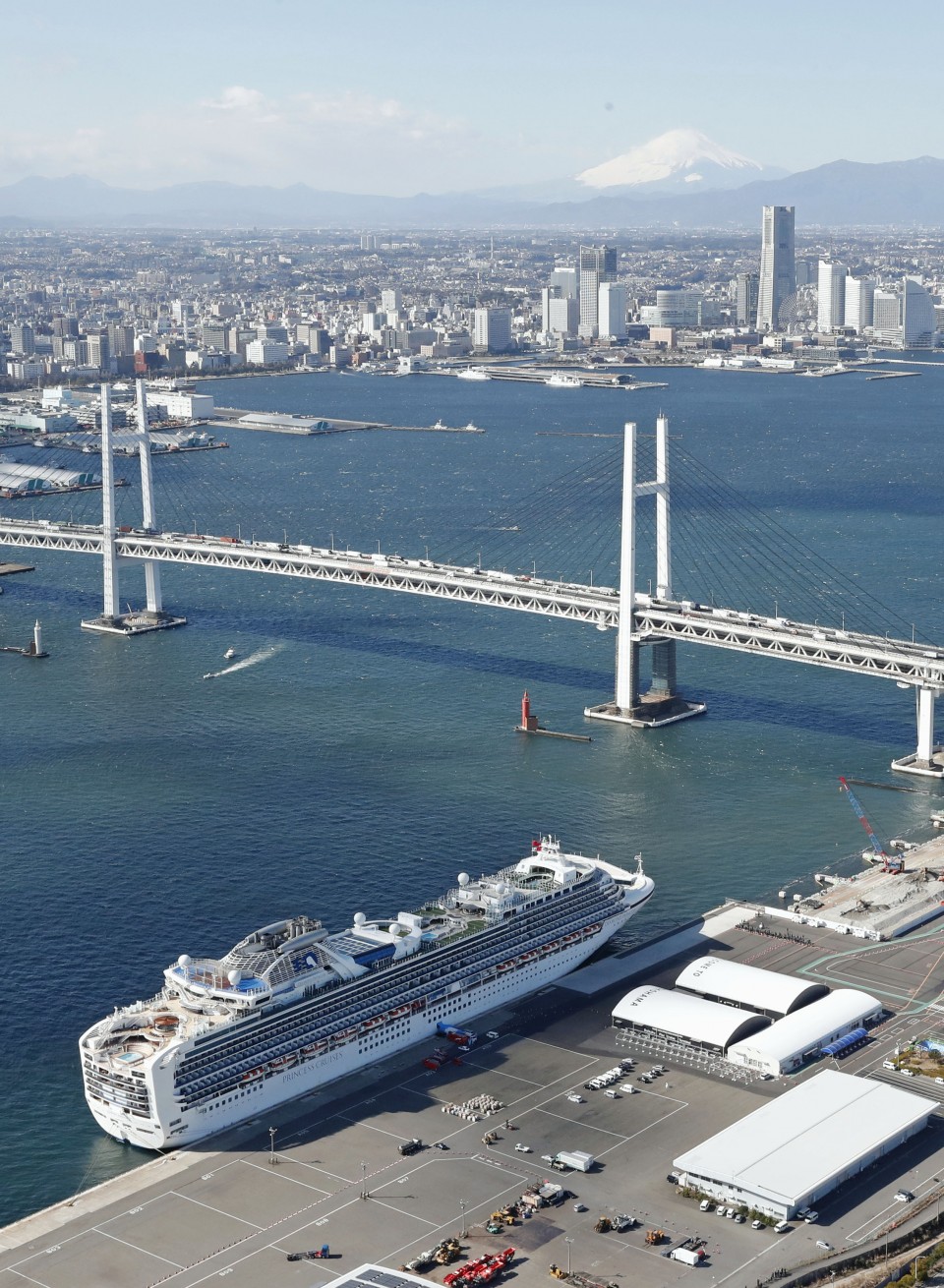 Japan to deny entry to foreigners on virus-hit cruise ship from H.K.

"As the people were staying together for a certain period in a closed environment, there was repeated contact," health minister Katsunobu Kato said at a press conference.

The Diamond Princess departed Yokohama on Jan. 20 and returned to the port city on Monday after visiting Kagoshima, Hong Kong, Vietnam, Taiwan and Okinawa.

"We will make it a top priority to check the health of passengers and crew on the cruise ship and take thorough measures to prevent infections," Kato said.

Kato said the latest reported infections did not reset the count of the two-week quarantine period. The ministry said it might be possible for those aboard the vessel to disembark on Feb. 19 at the earliest.

It said all 273 who had close contact with the infected passenger had completed tests for the virus. 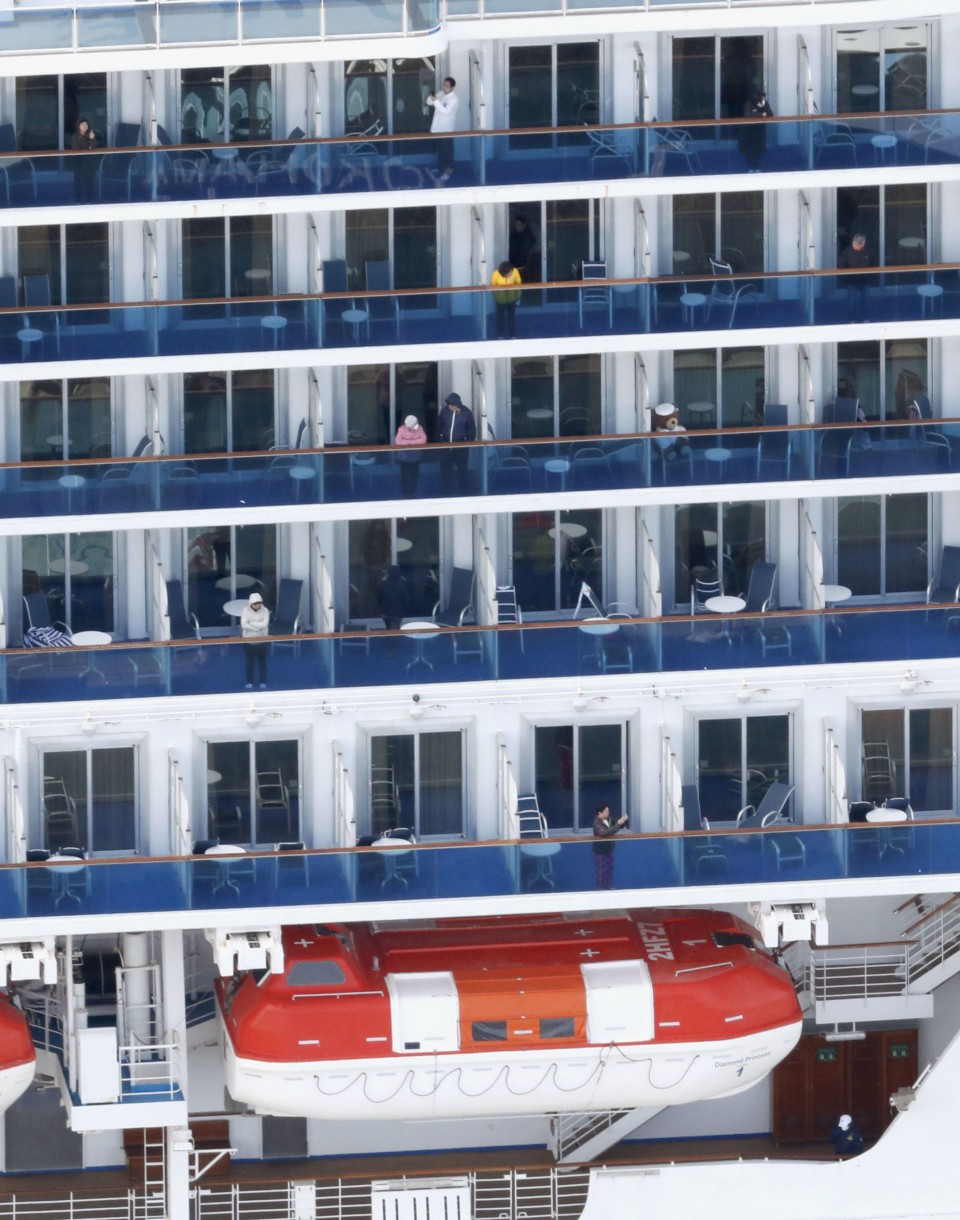 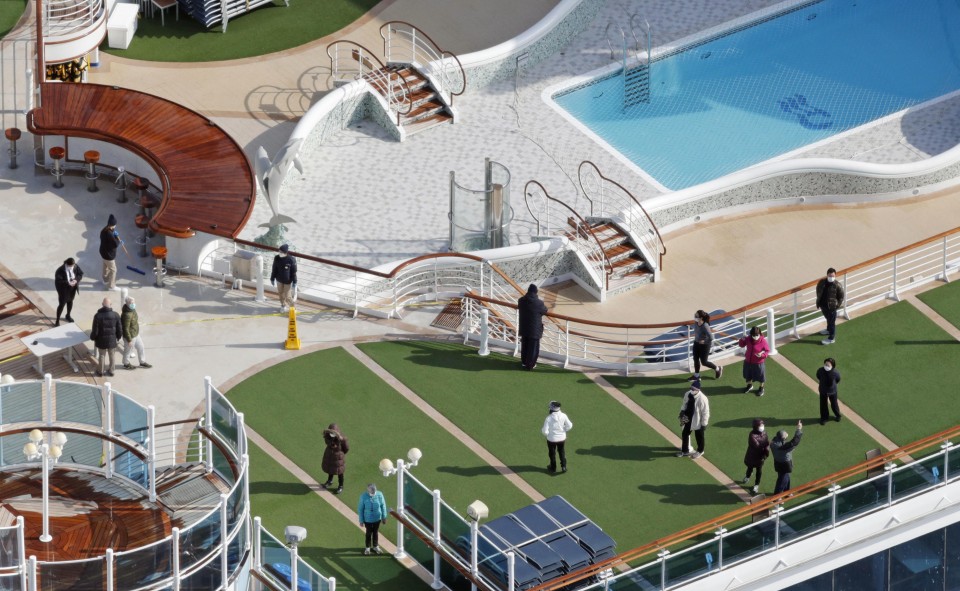 Kato also said the World Health Organization had decided not to add the number of infected on the ship to Japan's total.

In the WHO's situation report dated Thursday, the 20 earlier confirmed cases had been counted as "cases on an international conveyance."

Without counting cases on the vessel, the total number of people infected with the virus in Japan stood at 25.

Meanwhile, the government has ordered another cruise ship, the Westerdam from Hong Kong, not to enter the country after a passenger was suspected of being infected with the virus.

The vessel carrying 1,455 passengers and 802 crew was scheduled to enter Naha Port in Okinawa on Saturday. But following the Japanese order, the plan has been canceled, according to transport minister Kazuyoshi Akaba.

Prime Minister Shinzo Abe said the government is set to compile measures to combat the outbreak as early as next week as he accepted proposals from the ruling Liberal Democratic Party aimed at containing the virus.

The proposals included establishing a special center for preventing domestic infections, facilitating development of drugs, vaccines and test kits for the virus, and providing support to small and medium-sized businesses such as hotels hit by traveler cancellations.

The number of people with the virus in mainland China has topped 31,000, with the death toll in the country rising to 636, the Chinese government said.

As the infection continues to spread, a group of Japanese nationals and their foreign family members arrived at Tokyo's Haneda airport on a fourth government-chartered flight from Wuhan.

Of the 198 passengers, 118 were Japanese, 78 were Chinese and two were Taiwanese, the government said, adding they included 51 children aged 6 or younger.

China permitted the departure of the non-Japanese family members after Tokyo appealed to authorities to allow it on humanitarian grounds.

As some of the earlier returnees from Wuhan tested positive for the virus despite showing no symptoms, the health of all returnees will be monitored while they remain in accommodation arranged by the government for up to two weeks.

Since the end of January, Japan had evacuated 565 of its nationals on three charter flights. It will consider sending a fifth plane if there are still people wishing to return.