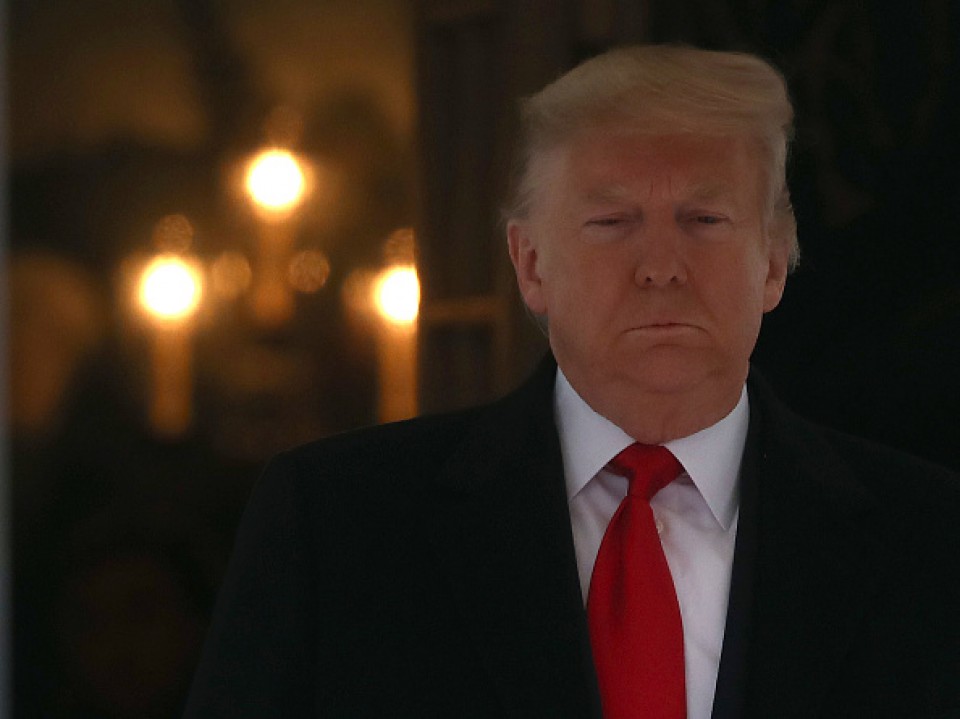 WASHINGTON - The odds did not seem to favor the Democratic Party from the very moment it started moving ahead to impeach President Donald Trump. And as the case closed with an acquittal on Wednesday, Trump could be even more emboldened, at least for now, ahead of the election in November.

By impeaching, the Democrats sought to highlight Trump as a dangerous president who must be stopped before he can "cheat" in the next election, just as he was allegedly trying to do by asking Ukraine to investigate former Vice President Joe Biden, a key political rival.

But with Trump swiftly cleared of his offenses by the Republican-controlled Senate, some political experts said the overall process may not necessarily have been negative for the president.

"Impeachment has strengthened Donald Trump," public opinion pollster John Zogby said, adding that the process turned out to be a gift on a "silver platter" because Trump, a political outsider who ran for the presidency as an anti-establishment candidate, proved himself to be a victim of the establishment that sought to remove him.

Zogby also suggested that it could have been a tall order for the Democrats, in the first place, to seek to oust a president when polls have been showing his recent job approval rate averaging around 45 percent.

"A president just doesn't get removed when half the nation supports the president....so there is no mandate on the part of Republicans to remove the president from office," the senior partner at John Zogby Strategies said.

While continuing to stir controversies with his freewheeling governing style and provocative rhetoric, Trump enjoys a job approval rating slightly higher than when he took office in January 2017, according to a Gallup report released on Jan. 21.

The figure averaged 42 percent during his third year, an improvement over his 38 percent first-year and 40 percent second-year averages.

But the report also noted that Trump's approval numbers have been sharply divided according to party affiliation, which could pose a challenge as he seeks to win a second term. Historically, presidents have had to reach near 50 percent approval to be re-elected.

"Because he is unlikely to increase his support among Democrats and cannot improve much more among Republicans, his odds of getting to the 50 percent mark and winning a second term hinge on his ability to persuade independents to support him," the report said, noting, "That is something he has not had great success with thus far."

As the impeachment drama comes to an end, the focus is shifting to who among the crowded Democratic field will be selected to take on Trump in the upcoming election.

The Democratic Party made an embarrassing start with the Midwest state of Iowa, which held the first state-level vote in the 2020 race with much fanfare on Monday, yet has remained unable to declare a winner due to a technical glitch with an app the party used to collect data.

"The Democrats just are really in disarray at the moment," Zogby said.

Trump immediately capitalized on the situation to attack his foes, tweeting Tuesday, "The Democrat Caucus is an unmitigated disaster. Nothing works, just like they ran the Country."

As for the quest for a Democratic challenger to take on Trump, Dennis Goldford, a political science professor at Drake University in Iowa, described the situation as "a highly fluid mix."

The Democratic candidates vying for the nomination include Pete Buttigieg, a 38-year-old former mayor who is also openly gay and an Afghanistan war veteran, senators Bernie Sanders, 78, and Elizabeth Warren, 70, as well as Biden, 77.

The four represent two separate wings of the party -- Buttigieg and Biden from the moderate wing and Sanders and Warren representing the left-leaning, progressive side.

Although Iowa's nominating contest is often said to be far from representative of American voters overall, because the electorate there is heavily white and rural, its traditional placement as the first in the country makes it a closely watched indicator of a candidate's likely success and helps winnow the field.

Goldford suggested that voters often face a dilemma in picking a candidate as they take into account not just personal preferences but the candidate's electability -- in other words, who is more likely to get a national electoral majority.

The Democratic nomination race will reach a crucial point on Super Tuesday, March 3, when the largest number of states and territories hold a presidential primary or caucuses.

The Democratic Party will finalize its choice of presidential candidate at its convention in July, while the Republicans are scheduled to formally endorse Trump's bid for re-election at their party convention in August.

As for the chance of Trump getting re-elected, Goldford said it is "at least 50-50," given that an incumbent usually has an advantage.

But he noted that one of the factors that would complicate the outcome is voter turnout.

According to the professor, five factors that correlate with being likely to vote Republican are "older, white, male, rural and southern," while likely Democratic voters tend to be "younger, non-white, female, urban, non-southern."