The doctor who conducted a psychiatric assessment on a man on trial over a 2016 fatal knife rampage in a care home for the mentally disabled said Friday the influence of his marijuana use during the attack was negligible.

The use of marijuana or addiction to it had "little to no influence on the crime," doctor Tatsuya Osawa told the Yokohama District Court on the 12th day of Satoshi Uematsu's trial.

The 30-year-old, who has admitted to killing 19 residents and injuring dozens more at the facility in Sagamihara, Kanagawa Prefecture, was diagnosed with narcissistic personality disorder through a forensic mental health assessment during the investigation.

"(Uematsu) is sociable but an exhibitionist who strongly seeks praise from others. He has low resilience to stress, and has trouble controlling actions which arise from strong impulses," said Osawa, who conducted the psychiatric test in 2018 following his indictment.

The doctor also found that Uematsu's harboring of a desire to kill the disabled after questioning their raison d'etre while working at the facility was "not pathological but could be understood as a strong view of the defendant." 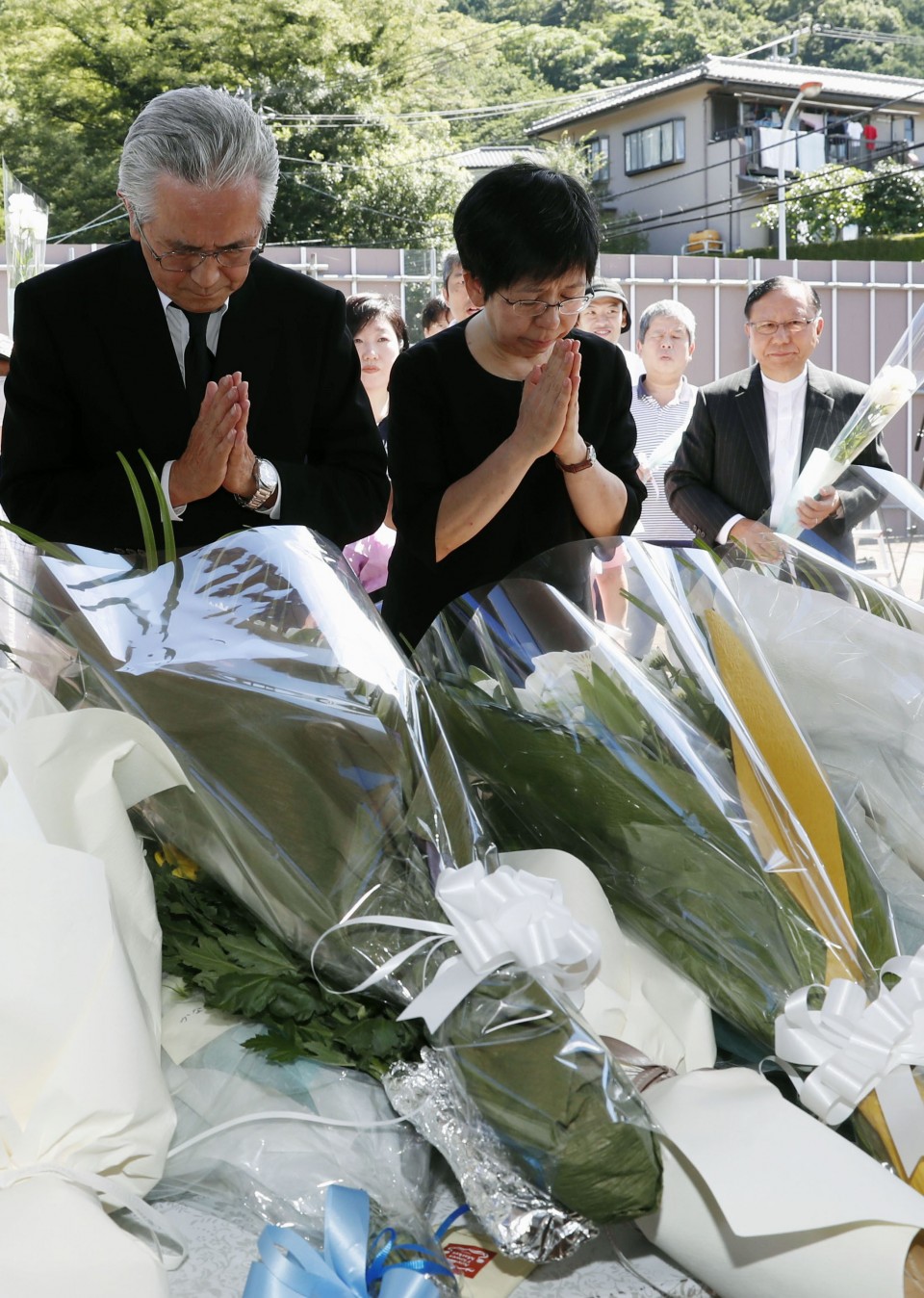 (Kaoru Irikura (front R), head of Tsukui Yamayuri En prays in front of an altar set up at the facility on July 26, 2019, the third anniversary of the stabbing rampage.)

Uematsu's mental competency has been a major focus of the trial, with the defense arguing he should not be held responsible as he was either mentally incompetent or had diminished capacity. Prosecutors claim he was mentally competent and should be held fully responsible for his actions.

According to the indictment, Uematsu, a former employee of the Tsukui Yamayuri En care home, fatally stabbed 19 people and injured 24 others at the facility in the early hours of July 26, 2016.

He is also accused of injuring two employees of the facility by binding them to handrails in a corridor of the building.