Health authorities say coronavirus has now killed over 560 in China

The new coronavirus has killed over 560 people in mainland China, with over 28,000 confirmed as infected with the pneumonia-causing virus, the country's health authorities said Thursday.

The outbreak has put governments across the world on alert, with many imposing restrictions on travelers from China while quarantining people returning from worst-affected areas of the country.

Taiwan on Thursday imposed a total ban on Chinese travelers entering from the mainland, while Hong Kong will impose a 14-day mandatory quarantine on all who arrive from the mainland from Saturday.

Authorities received reports of 73 new deaths and 3,694 more confirmed cases of infection on Wednesday, bringing the totals to 563 and 28,018, respectively. Wuhan, the central Chinese city at the epicenter of the outbreak, accounted for 414 deaths, or 73.5 percent.

The Hubei provincial government confirmed 10,117 people had been infected in Wuhan, the capital of the province. 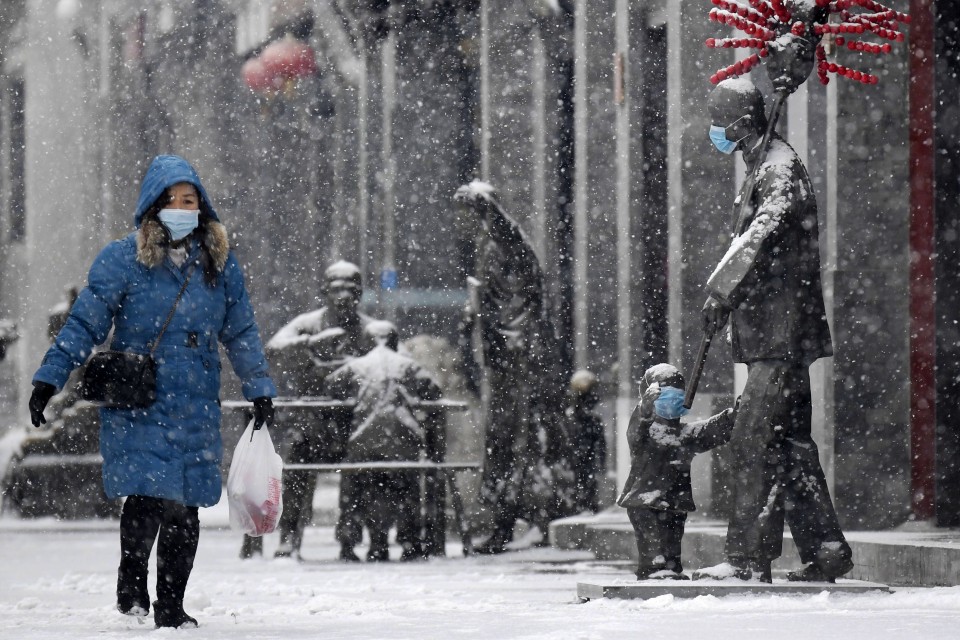 The temporary hospitals, including one converted from an exhibition center, have provided thousands more beds for patients, according to Xinhua News Agency.

Wuhan, a regional business and transportation hub with a population of 11 million, has been in virtual lockdown for the past two weeks to stop the outbreak from spreading further.

Chinese state broadcaster CCTV reported that in Wuhan a baby born around 30 hours earlier had been infected with the virus on Wednesday. The baby's mother had contracted the virus while pregnant.

In Beijing on Wednesday, Chinese President Xi Jinping held talks with visiting Cambodian Prime Minister Hun Sen and stressed the importance of coordinating with other countries over the epidemic, according to the broadcaster.

Hun Sen became the first foreign leader to visit China since the country began battling the outbreak in earnest. He had planned to visit Wuhan, but China told Cambodia that local authorities in Wuhan were fully occupied with dealing with the virus, making it difficult to accommodate him, according to a Cambodian official.

At a meeting of the Chinese Communist Party's Central Committee earlier this week, Xi called for "prompt and resolute actions" to contain the spread of the epidemic.

The meeting, chaired by Xi, said Wuhan remained the country's top priority for epidemic prevention and control work, according to a Xinhua report.

Many companies in China are allowing employees to work from home or have idled operations on orders from the authorities even though the Lunar New Year holiday ended Sunday following a three-day extension on account of the outbreak.

The Chinese government plans to start returning things to normal as early as next week, but it remains unclear whether the outbreak could be contained once the movement of people increases.

The vast majority of confirmed cases have occurred in China, but infections have also been found in other Asian countries, Europe, North America, Oceania and the Middle East.

Two deaths have been confirmed outside mainland China, one in the Philippines and the other in Hong Kong.

While only around 1 percent of the new coronavirus infections have been confirmed outside China, there is concern some countries do not have necessary infrastructure in place to detect and respond to a potential outbreak.

The World Health Organization has called for member countries to contribute to a $675 million response plan drawn up to fight the spread of the virus globally over the three-month period through April.

"Urgent support is needed to bolster weak health systems to detect, diagnose and care for people with the virus," Director General Tedros Adhanom Ghebreyesus said in a statement on Wednesday.

With no reliable cure found for the virus, the WHO will also convene a meeting of experts in Geneva next Tuesday and Wednesday to discuss treatment and vaccine development.